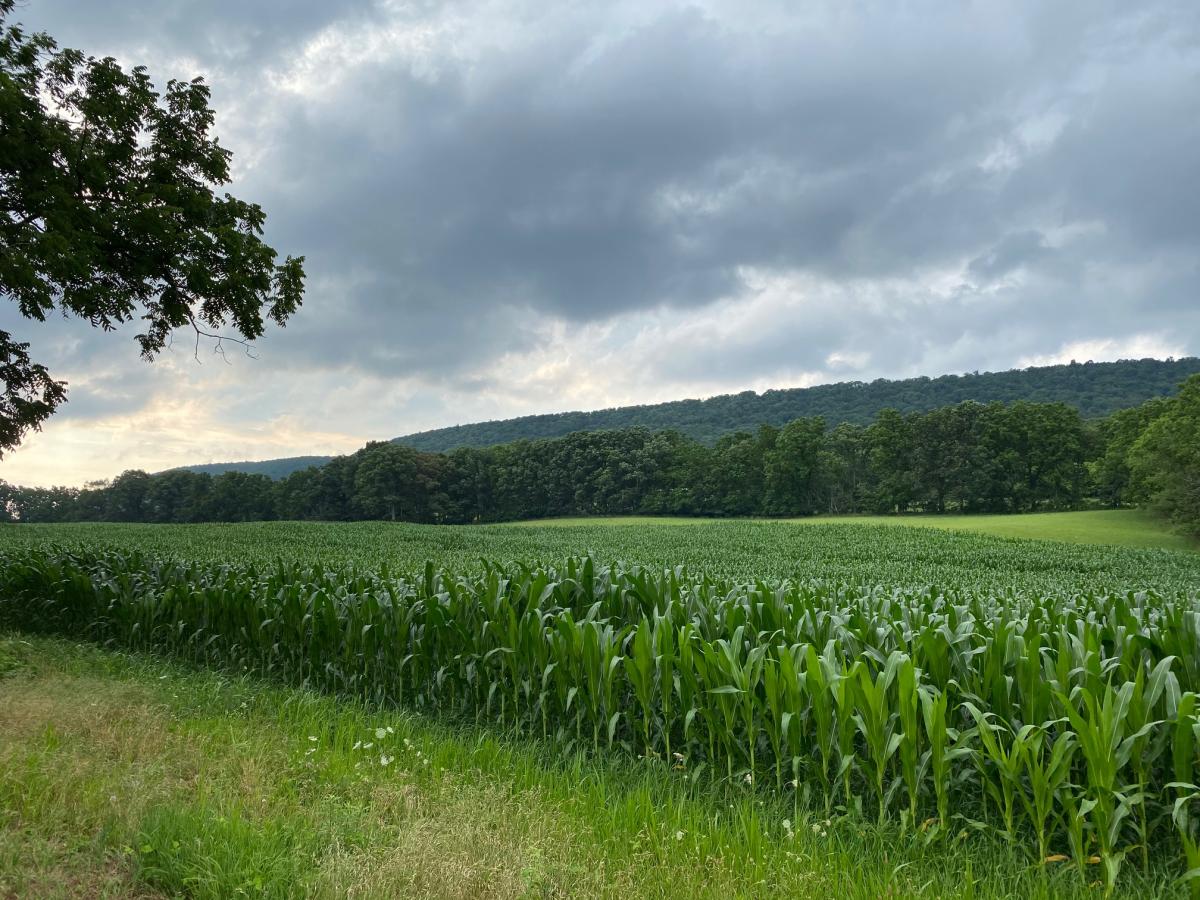 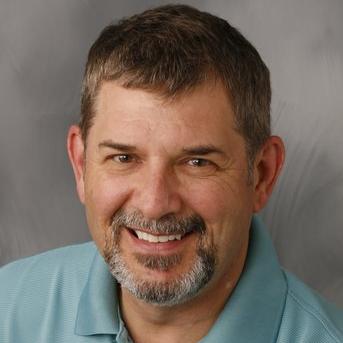 Dr. Selleck earned his Bachelors Degree in Zoology from the University of Washington, and his MD and PhD degrees at Washington University School of Medicine in St. Louis.  He was a postdoctoral fellow at both the Massachussets Institute of Technology and Brandeis University after which he was appointed as Assistant Professor at the University of Arizona, Department of Molecular and Cellular Biology.  Following tenure and promotion to Associate Professor he was recruited to serve as the Director of the Developmental Biology Center, Professor of Pediatrics and Genetics, Cell Biology and Development at the University of Minnesota, where he held the Martin Lenz Harrison Endowed Chair.  Professor Selleck served in this capacity from 2002-2009.  In 2009 Dr. Selleck accepted the position of Head of the Department of the Biochemistry & Molecular Biology Department at The Pennsylvania State University, where he served until 2017.  Currently, as a Professor at Penn State he continues his work on signaling networks affecting developmental and age-dependent neurodegenerative disorders, including Alzheimer's and Parkinson's disease.

My laboratory studies how the nervous system is assembled and the molecular mechanisms of neurological disorders.  Some years ago these interests lead us to the discovery of the important contributions to patterning of the nervous system by a class of sugar-modified proteins, the heparan sulfate modified proteoglycans.  In the course of this work we showed that heparan sulfate modified proteins were vital for signaling throughout development of a number of critical growth factors, including the Wingless/Wnt and Bone Morphogenetic Protein families of secreted proteins.  More recent work on this class of cell surface and matrix molecules has shown they are vital for the regulation of autophagy and the responses of cells to a variety of stresses.  We have been able to change the structure and levels of the heparan sulfate chains to achieve increased resistance to reactive oxygen species and rescue cells from degeneration mediated by compromised surveillance of damaged mitochondria.  In particular, disruption of presenilin (Psn) function, and the resulting cell loss in the eye, can be rescued by compromising heparan sulfate modified protein function (see first figure below).  Mutations in parkin, the Drosophila homolog of PARK2, the human gene responsible for early onset Parkinson's in humans, produces neuron and muscle cell loss, with large dysmorphic and abnormal mitochondria (second figure below).  These phenotypes are dramatically rescued by reducing the signaling mediated by heparan sulfate modified co-receptors, restoring normal muscle function in otherwise degenerating cells.

We have also had a long-standing interest in neurological disorders of children, including autism and the mucopolysaccharidoses (MPS), a class of lysosomal storage disease.  We have evidence that these childhood neurodegenerative disorders (MPS) caused by defects in membrane trafficking share molecular mechanisms with age-affected neurological disorders, such as Parkinsons’ Disease and Amyotrophic Lateral Sclerosis.  Current work is focused on understanding those shared mechanisms and how regulation of autophagy can serve to affect the severity and onset of neurodegeneration. 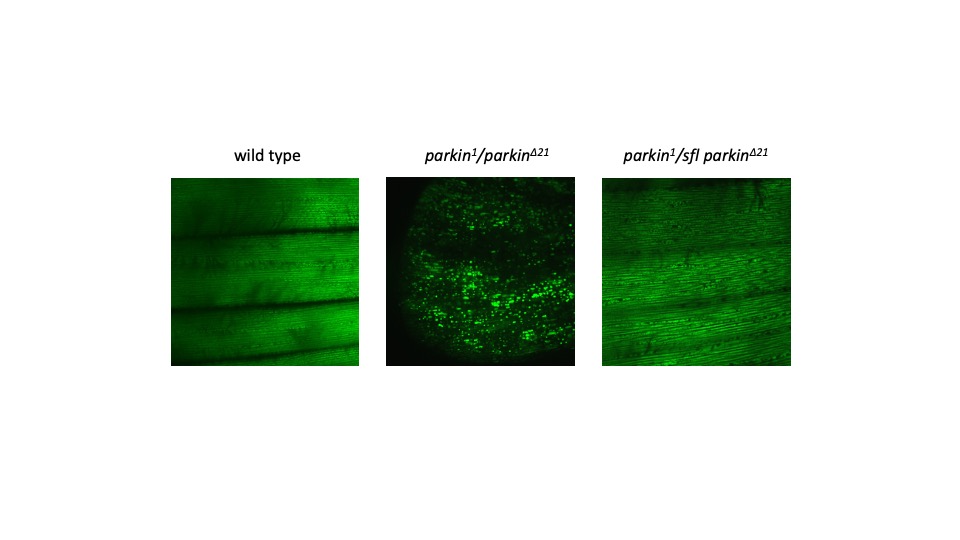 Figure legend.  Mitochondria of Drosophila flight muscle in control (A), parkin mutant (B), and parkin mutant combined with heterozygosity for a sfl null allele (C).  Reducing the function of sfl by 50% has a dramatic effect on mitochondrial structure of parkin mutants, rescuing cell morphology and muscle function (flight assays).