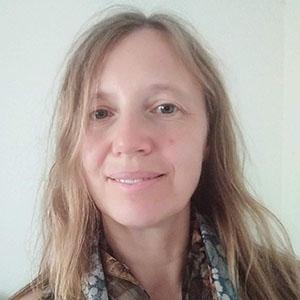 A genome DNA of each healthy individual contains microsatellites, stretches of repeated nucleotides, which appeared in the course of evolution and don’t have any apparent function. For the most cases these microsatellites don’t interfere with the proper genome functioning. In some rear occasions though they are located within or in close proximity of the genes or regulatory elements and are capable of causing various diseases. The trouble causing repeats are mostly repeated CAG, CCG and GAA trinucleotides. In healthy people, stretches of repeated trinucleotides CAG, CCG or CTG, which are normally present at certain positions in the human genome, do not exceed 50 repeats. In sick people, one of the trinucleotide stretches profoundly expands, reaching up to thousand repeated units in the most severe cases. These expansions are responsible for more than 20 hereditary neurological and neurodegenerative disorders, including such severe diseases as Huntinton's disease, myotonic dystrophy, fragile X mental retardation, Friedreich's ataxia, numerous spinocerebellar ataxias etc.

A characteristic hereditary feature of these diseases is called anticipation. The length of the repeated region is correlated with the probability of the intergenerational disease transmission, as well as the severity and age of onset of a disease. Parents having their repeated regions in the intermediate, pre-mutation range exhibit only mild forms of the disease, but their progeny might have their repeated stretches expanded. The longer the repeat, the higher the likelihood of its further lengthening, making the disease even more devastating in the subsequent generations. This uncontrollable repeat expansion only starts once the number of repeated units exceeds certain threshold level, making a healthy individual very unlikely to acquire the additional repeated units. It is believed, therefore, that some additional factors make an individual predisposed to the expansion. Notably, for a given disease, only one repetitive stretch in the whole genome expands. Thus, factors facilitating expansions should be locus specific. The mechanisms of expansions, as well as the nature of triggering factors, remain unclear and are among the central questions in the field. The answers to these questions are extremely important for finding cure for those diseases.

The research in my lab is mainly focused on the mechanism of the disease Friedreich’s Ataxia, associated with expansion of GAA trinucleotide. It's is the most common inherited ataxia, which occurs in 1 to 2 of every 50,000. Its symptoms include progressive ataxia, sensory loss, muscle weakness, accompanied by sceletal abnormalities, diabetes mellitus and heart diseases. The cause for this disease is believed to be an insufficient level of mitochondrial protein frataxin, which is involved in iron metabolism. In 95% of the cases, low expression of frataxin is due to a large expansion of the (GAA)n repeat in the first intron of the frataxin gene, X25. The exact mechanism of how the repeat’s expansion causes the loss of transcript is still unknown. We study this transcript loss in monkey fibroblasts model system.

Another goal of research is to determine the mechanism of repeats expansion during their transmission from generation to generation. Using the plasmids model systems I previously found that replication of GAA repeat is abnormally slowed down in both yeast and monkey fibroblasts. These preliminary data suggest that replication pausing is associated with repeats’ expansion. This question will be further addressed by placing GAA repeat in a certain chromosomal position and following its replication and expansion. Revealing the mechanism of the disease will help us generate ideas regarding the potential treatment of Friedreich’s ataxia.