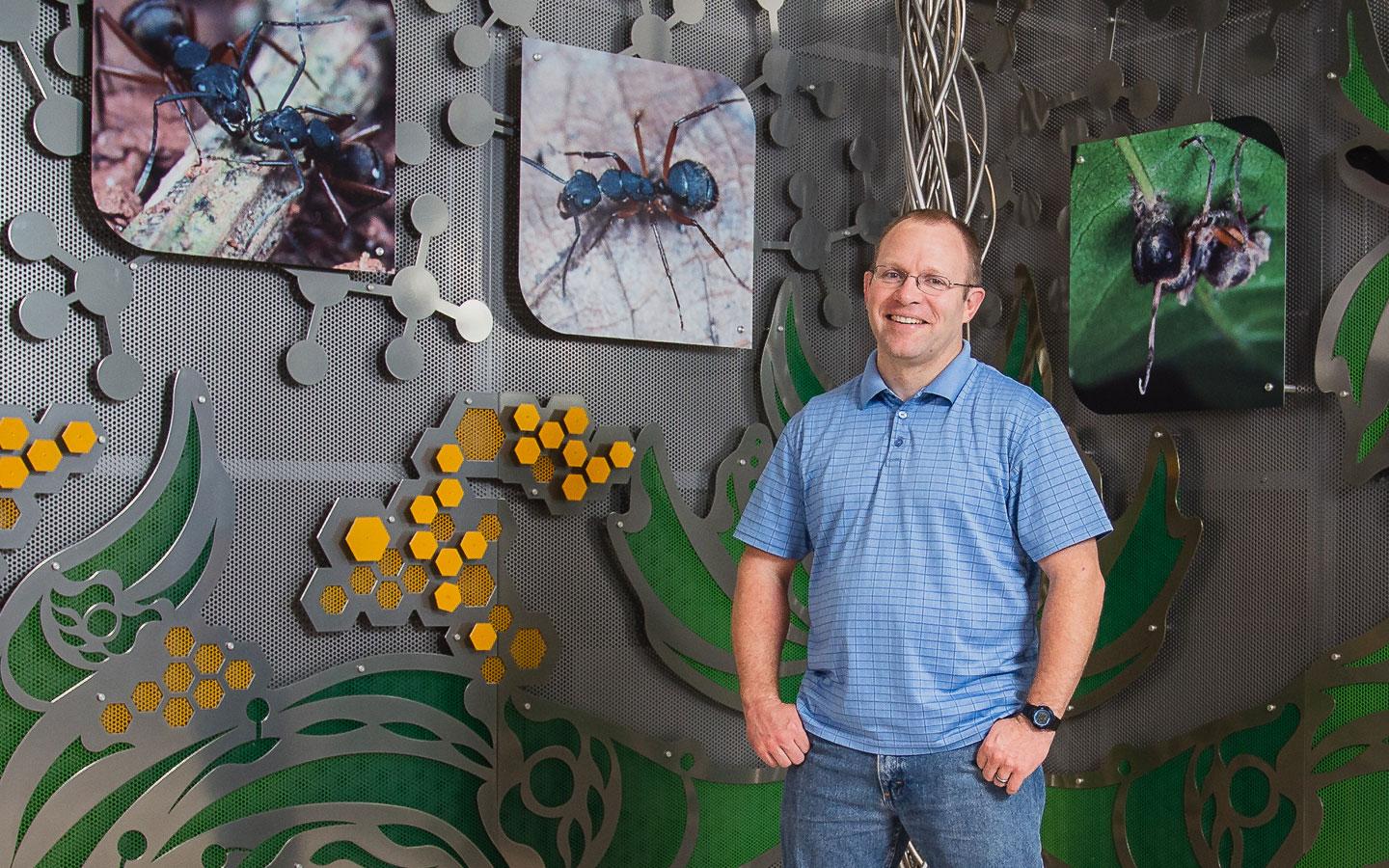 GPS is for the birds? 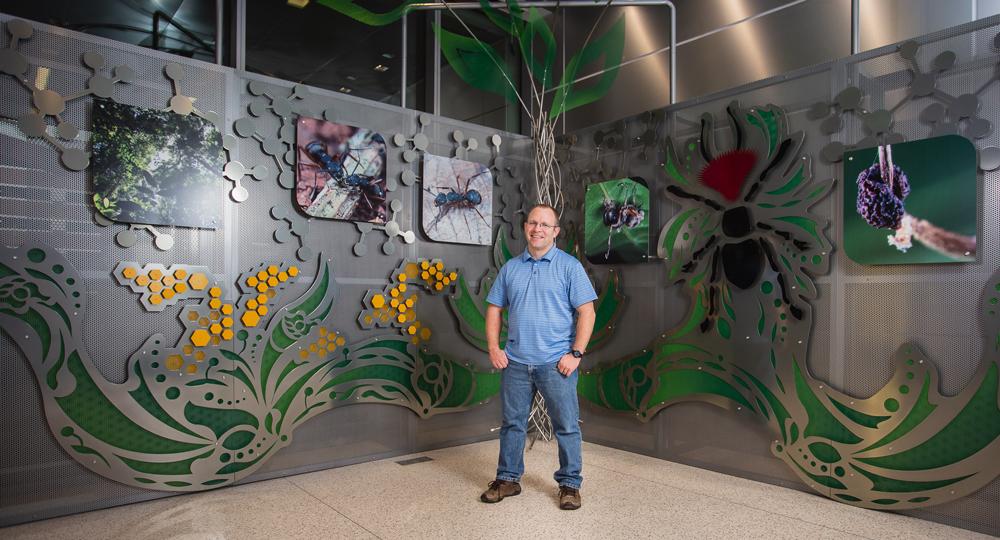 Ephraim Hanks from the Department of Statistics.

Ephraim Hanks is a specialist in movement. He studies data on animal and insect movement, correlated in space and time, which can inform ecologists about the behavior of species under specific conditions and epidemiologists about disease transmission.

“Every species is different,” said Hanks, an assistant professor of statistics in the Eberly College of Science. “Ants are pretty simple and so are their rules. Predators, on the other hand, are very different because they follow prey that have different sets of rules.”

Hanks’s group of six graduate students and two undergraduates focuses on animals and insects. The tools of their trade are tracking devices that have been fueled over the decades by advancements in GPS tracking technology and the miniaturization of tracking devices. Before GPS and these sophisticated devices, location accuracy was a major limiting factor in the type of work that Hanks does.

“It used to be that measurement error was a worry in monitoring movement,” explained Hanks. “With GPS tracking you can get within 10 to 20 meters.”

The future of modeling movement and the advancements in tracking technology progress in tandem. Hanks predicts that tracking-device miniaturization will result in backpack trackers

Hanks and his students study creatures great and small to find out how they move and how they maintain connectivity. Their research subjects range from mammals as large as elk, in Yellowstone National Park, to birds migrating from North America to South America and back, and insects as small as “zombie ants”, in the Millennium Science Complex at University Park.

Cattle ranchers around Yellowstone need to know where the elk are—and for good reason: Knowing elk movement patterns could save a herd of cattle from a devastating disease and a rancher from potential economic hardship.

“Elk are the carriers of brucellosis, a slow-moving disease that can jump to cattle,” said Hanks. “Knowing where they move and what elk are infected can inform ranchers of when they need to keep the elk out of their grazing ranges.”

In Yellowstone, knowing where the pockets of brucellosis lie is important. Brucellosis can cause abortions and sterility in cattle, and infected herds are quarantined—all of which causes great economic hardship to the ranchers affected. But when ranchers and government officials are informed, they can keep their herds disease free.

The zombie ant research that Hanks participated in has been a media success over the years. In it, Hanks and his team monitored the movement of ants that were infected with a fungal parasite as they went about their business, traveling among an uninfected ant population. Scientists presumed that these ants would be attacked by their healthy counterparts as a way to protect their compatriots, but they observed the opposite. The doomed zombie ants were allowed to travel without being attacked and were allowed to share food freely within the colony before eventually leaving the nest, climbing a tree and attaching to a leaf or twig, and then dying and releasing the spores of the zombifying fungus in a shower on the ant trails below—continuing the cycle of infection in the colony.

Hanks goes on to explain that recent advances in tracking-device miniaturization have led to GPS devices akin to backpacks for small migratory birds. In the world of migratory bird tracking, this is truly revolutionary. Previously, tracking migratory birds required the eyes and ears of professional and amateur birders to spot or hear birds and record their observations in a database, like that of the Cornell Ornithology Lab; but the limitation with this was that there was no tracking done over open water.

“Today’s new devices for birds can even tell if the bird is wet or dry, which is an indication of whether it is resting or in flight.”

It’s now possible to track individual birds, and this should let us know if migratory birds follow the same routes and stop at the same locations each year. If they do not, this will raise questions about how they choose their routes and what factors go into those decisions.

“In five years we should have devices small enough to go on insects,” predicted Hanks. This will doubtlessly lead to new discoveries, because knowing how and why different species move where they do can have impacts on them and us. —Joel Ranck