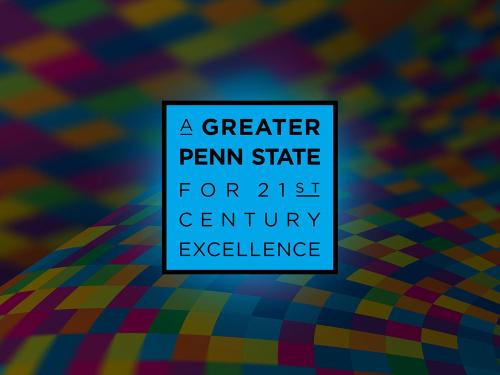 The University’s latest fundraising campaign, A Greater Penn State for 21st Century Excellence, concluded on June 30 after six years and set a new campaign fundraising record with a final total of $2,204,949,028 in support. A portion of that total—$90,522,323—was raised by the Eberly College of Science.

“The generous contributions of our donors are critical to making sure that the college pushes boundaries and achieves inclusive excellence,” said Tracy Langkilde, Verne M. Willaman Dean of the Eberly College of Science. “Campaign fundraising provides student scholarships as well as faculty chairs and professorships, which are critical to attracting and retaining our most talented scholars and supporting them to achieve their full potential. These gift funds also allow the college to launch our most innovative and cutting-edge programs. Thank you to our college community—who have contributed in important ways to keeping our college at the forefront of education and the creation and application of new knowledge.”

Beyond direct scholarship, chair, and professorship support, campaign fundraising has also contributed to the college’s Lab Bench to Commercialization grants, which allow researchers to take their discoveries to the marketplace for societal benefit; the Millennium Scholars program, which was launched in the Eberly College of Science and is now a University-wide initiative to diversify the community of future STEM leaders; and the college’s Teaching Innovation Awards, which support instructors in making innovative and impactful change in their classrooms.

“I got involved in the campaign because of my ability to start a scholarship, and I’m lucky enough to have been able to contribute to that each year,” said Lee Heikkinen, a 1971 alumnus who majored in Science and who served on the college’s volunteer committee leading the campaign. Heikkinen has provided critical philanthropic support to the college by creating the Heikkinen Family Trustee Scholarship in 2014 and the Lee & Brenda Heikkinen Open Doors Scholarship in 2018.

“Like they say, ‘Dodgers bleed blue,’ and, well, Penn Staters bleed blue, too,” he said. “I loved math as a student, and Eberly gave me a broad base in the sciences to set me up for success. It’s a thrill to come back, talk to students in the community and see what they’re doing and support them, which helped the overall campaign.”

Over the past six years, the gifts to the college have gone to support:

“These initiatives and more were accomplished with the support from our generous alumni, corporations and friends, faculty, staff, and students,” said Kim Neely, senior director of development and alumni relations for the college. “This campaign was ambitious, and our amazing community of supporters rose to the challenge, working with us to offer direct aid for students in their paths to success as well as gifts that have made an incredible impact on advancing science—and scientists—at Penn State and beyond.”

The overall campaign achievement places Penn State among an elite group of colleges and universities nationwide, and the total reflects the largest single fundraising year in the University’s history.

If you would like to make an impact and help usher the college’s future success in teaching, research and outreach to impact society, please reach out to Neely at kan2@psu.edu.