Who Succeeds in Math?

News and Research Spotlights
A Penn State mathematician transitions from the theoretical to the practical to study “inclusive behaviors” in math education.
Sam Sholtis

Penn State mathematician Nate Brown is learning new tricks. He has been awarded a National Science Foundation grant that will allow him to retrain and shift his research focus from theoretical mathematics to STEM education.

“These are just wildly different research endeavors,” said Brown. “Theoretical mathematics is incredibly abstract, and you are often sitting all alone just thinking. The most high-power tool I’ve ever used in my theoretical math research is a paper and pencil. Education research, on the other hand, is all about psychology, theories of learning, human behavior, and implicit bias. The two fields couldn’t be much further away.”

Making this sort of career transition is never easy. Brown credits his involvement with the Penn State Millennium Scholars Program, which supports a diverse group of high-achieving undergraduate STEM students, with inspiring him to reevaluate some of his views on learning and math education.

“Working with the Millennium Scholars opened my eyes to my own mindset about learning and about what it means to be a mathematician,” he said. “I am as stereotypical a mathematician as you will find, in many ways. I was classically trained and had fixed ideas about what math education should look like. You can carry these ideas into the classroom, and they impact your behavior as an instructor.” 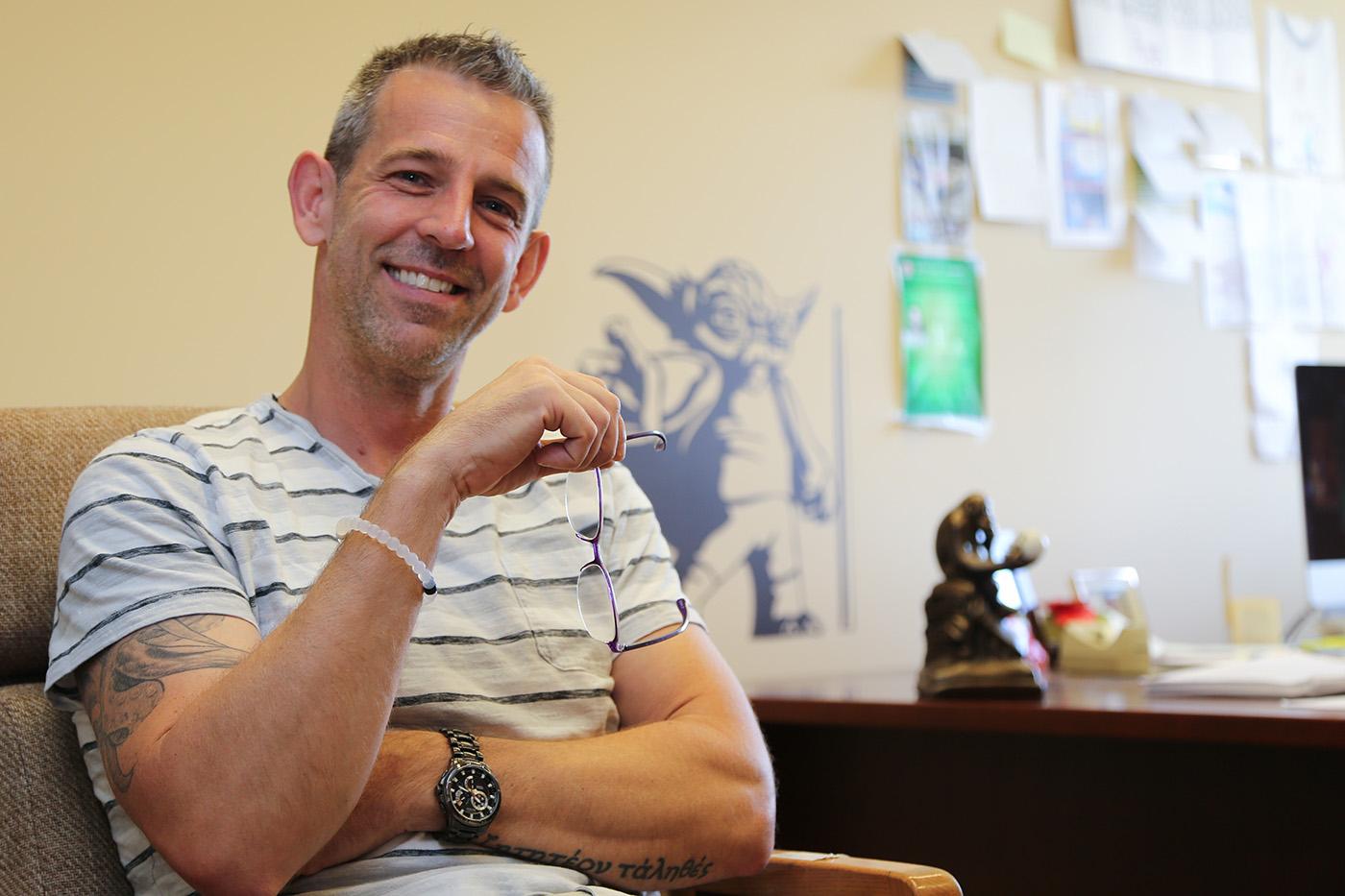 Brown began reading research in social science, psychology, and education and started to see that many of the strongly held beliefs that he carried over from his classical training were contrary to modern educational research.

“It was a slow process,” he said. “But it starts to chip away at your beliefs and your mindset. Eventually, I just decided that reevaluating how math is taught was super meaningful because it impacts how students learn and who gets access to the best teaching. I wanted to learn how to do this type of research and do it for real.”

Brown’s NSF grant will support professional development and his retraining in STEM education research through coursework and a research project. The research component consists of the rigorous development of a survey measuring specific instructor behaviors that influence a sense of inclusivity—whether a student feels like they belong and can succeed—in a math class.

One area of particular interest to Brown is the influence of an instructor’s views on whether a student’s capacity to learn is fixed at birth or more malleable. According to Brown, the average mathematician believes your ability to succeed in math is largely fixed: You’re either good at math or you are not. He emphasized that he too believed this for much of his career, but now sees this belief as unscientific and harmful.

“This can have devastating effects in the classroom,” said Brown. “When I first taught calculus, I accepted a high failure rate because I thought it was the ‘natural order.’ I thought that there was nothing I could do, and that mindset changes how you interact with students. If you don’t think a student is ‘one of the good ones,’ you won’t give them as much time or be as patient with them as you would if you believed that the student might have the capacity—and it’s up to you as the instructor to find a way to bring it out.”

According to Brown, the problem is further exacerbated by sexist, racist stereotypes about who is “naturally” good at math, and the implicit biases that result from these stereotypes.

“I know that I myself have been infected with these biases,” he said. “We all have, so we all need to be vigilant in our self-reflection. That’s what blind spots are: They are blind to us. I’m not optimistic that we can eliminate these biases easily or soon, but I am 100 percent committed to that goal.”

In his new study, Brown hopes to identify how some of these views on learning actually play out in the classroom. The first step in developing the survey is to compile a catalog of instructor behaviors that students say influence whether they believe they can succeed in math and if they feel like they belong in math. These initial data will then be used to develop a survey that can be rolled out at a larger scale to students taking math courses. The responses can then be analyzed in relation to student performance in the class.

“We can then start to see if there are correlations between instructor behaviors and outcomes in the class,” said Brown.

But first he needs to learn about qualitative research and much more.

“It’s very humbling to learn completely new research methods, but it’s also incredibly exciting,” said Brown. “I’ve been a fairly successful theoretical mathematician, and now I feel almost like a first-year student again. It’s all worth it though, because I know that this work is important.”

You can watch Brown discuss some of these issues in his TEDx talk.