News and Research Spotlights
Foot tapping, fingers drumming, head bobbing: It’s impossible not to grin at the familiar rhythms of Bob Seger’s “Old Time Rock and Roll.” Some students are tuning in to remixes of classic hits like this one to help them ace their statistics exams.
Jennifer Dong 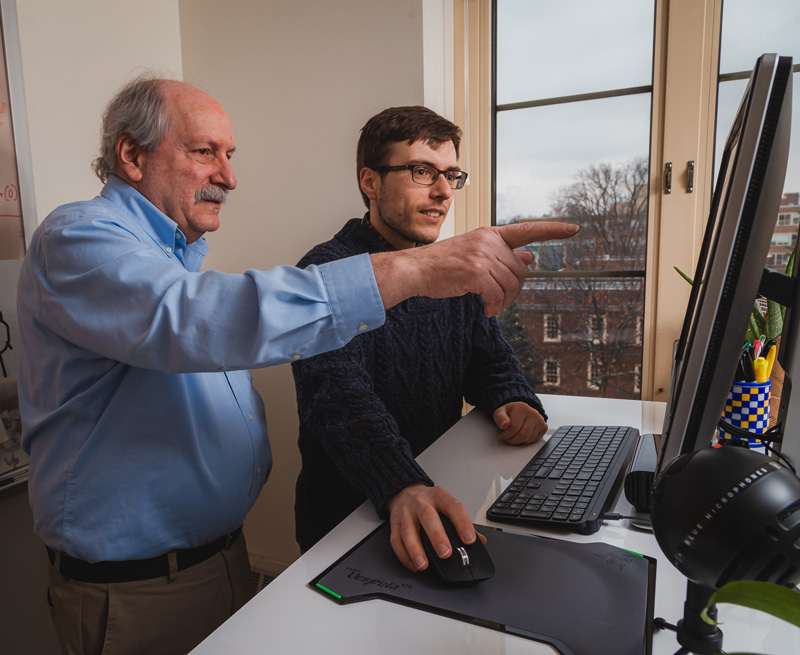 Statistics research professor Dennis Pearl, one of the creative minds behind the statistics rendition, “Old Time Random Poll,”thinks a lot about how songs and STEM canmake for a good (re)mix, and how they can improve learning in the classroom.

“I want to take good instructional tools and make them available to everybody,” said Pearl.“That’s the type of thing that I’ve been advocating for 20 to 30 years.I want to know how to make pedagogies that are terrific in small classes applicable to big classes. Music is a good example. I see some really terrific ways that students are getting engaged with their course material when their teachers use music.”

In 2016, Pearl conducted a study with Lawrence Lesser, a mathematics education professor at the University of Texas at El Paso, and John Weber, an associate math professor at Georgia State University, and found that students who used educational songs to study had 7 percent higher test scores than those that did not. Based on these results, the National Science Foundation funded the creation of the project Student-Made Interactive Learning with Educational Songs (SMILES), which is an online tool where students fill in the blanks to educational songs about statistics. Pearl has also helped create the organizationVirtual Ongoing Interdisciplinary Collaboration of Education with Song (VOICES) to include educational songs for a wider range of scientific disciplines.

Both the SMILES and VOICES websites are hosted by the Consortium for the Advancement of Undergraduate Statistics Education (CAUSE), which Pearl directs. These projects help students grasp challenging concepts by integrating them into familiar or original songs.Pearl, who laughed at the notion that he might be a featured voice in any of the recordings, explained that CAUSE partners with professional artists to create content for both programs. The organization hosts 178 educational statistics songs along with educational jokes, puzzles, cartoons, and more on their publicly accessible website, CAUSEweb.org.

In September 2019,VOICES held its third annual online international conference for educators, STEM experts, musicians, and students interested in increasing student education through song. The two-day conversation covered topics like surveys of educators who use song, communication vehicles that are being used, and how to develop a digital library. The conference also provided a way for participants to network with potential collaborators.

According to Pearl, the efforts of VOICES goes beyond education at the collegiate level. A number of high school educators are involved in the organization, and the group hopes to better understand how songs can be used in classrooms as early as middle school.

Currently,Pearl uses SMILES songs to help students prepare for statistics exams. Students work on prompts relating to topics in statistics and use software to embed the answers in a song. The response has been overwhelmingly positive, and students say that the songs are engaging and the interface is user friendly thanks to the programming work of Bob Carey in the Department of Statistics.

Although the educational songs used in SMILES and VOICES are currently based mostly on rock and folk styles, Pearl believes that exploring hip hop music is an important next step.

“Musical taste keeps changing,” said Pearl. “We don’t want to pick too fast of a rhythm, because we can’t get the message across as well, but the exception to that is rap. It’s a direction we want to head in because it’s able to handle really complicated concepts.”

While the remix of Bob Seger’s music might be a favorite now, it might just be a matter of time until you hear students rapping along to a statistics remix of Kendrick Lamar’s latest hit.