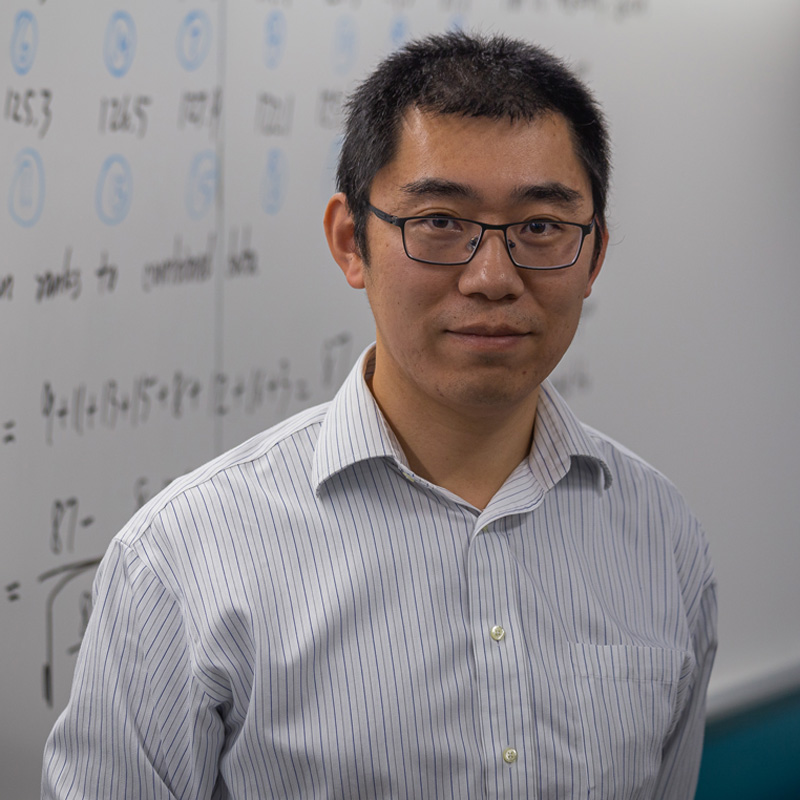 Responding to a global epidemic, knowing whereto focus the response and even which response strategy will be best, depends on having a good sense of the scope of the problem. How many people are currently infected with the disease? How many people have died? For almost a decade, Penn State statistician Le Bao has collaborated with the United Nations Joint Programme on HIV/AIDS(UNAIDS)Reference Group to estimate and project these important numbers for the HIV/AIDS epidemic.

The modeling tools developed by the UNAIDS Reference Group are used by more than 100 countries to generate HIV estimates that guide policy and resource allocation, with the goal of ending the public health threat by 2030.

“When I first started working on this problem, the data sources were very limited, so UNAIDS wasn’t comfortable just providing a single number telling you how many people are living with HIV,”said Bao. “They wanted to include some uncertainty, so they contacted statisticians like my Ph.D.advisor. I provided input in the statistical modeling to help them better describe the uncertainty embedded in their official numbers.”

A large source of uncertainty is due to the limited number of facilities that actually test for HIV, so many people that have HIV are never identified, especially in the developing world. But developing countries suffer the most from the epidemic—infection with HIV is estimated to reduce life expectancy for those in sub-Saharan Africa by more than 10 years—so providing estimates of HIV prevalence in these regions is incredibly important to identify appropriate response strategies.

“The challenge is how do we still provide reliable numbers in areas where the HIV epidemic is the worst but where data is very limited,” said Bao.“We continue to refine the models to use what information we do have available in order to estimate HIV rates. We borrow information from surrounding areas and pull information from surveys—like socioeconomic status, education, and number of children—that can be used as indicators.”

The reference group has continued to adapt their models as new sources of information have become available. For example, HIV testing is becoming more routine at pregnancy clinics, and reporting of AIDS-related mortality is becoming more consistent.

Next, the reference group is focusing on better estimating the prevalence of HIV at finer spatial scales—from the country level down to province and district level—and within groups that are particularly vulnerable to HIV, identified by UNAIDS as men who have sex with men, sex workers, transgender people, drug users, and prisoners.

Improving these models is an integral part of UNAID’s ambitious 90-90-90 treatment target. Through a variety of strategies, including awareness and treatment, UNAIDS is pushing for 90 percent of all people living with HIV to know their HIV status, 90 percent of those diagnosed to receive proper treatment, and 90 percent of those receiving treatment to have viral suppression, meaning that the virus is no longer detectable in their body.

“To accomplish this, we have to properly allocate resources for treatment and intervention,” said Bao. “It requires us to cover a finer spatial scale and to cover key populations with our models.”

As new challenges in providing up-to-date information about the epidemic arise, the reference group identifies research groups that are best equipped to tackle the problem. They then compare the resulting methods and test their predictive power. Ultimately, the best models are incorporated into the software used by at least 160 countries to produce their official numbers.

“Having multiple groups working on the same problem can be very beneficial because different perspectives and opinions are a good thing,”said Bao. “It helps us make sure we understand all of the pros and cons of an approach. Our work is time sensitive, sothe models aren’t usually perfect, but we try to provide the best model that we can so at least people will know something rather than nothing.”

At Penn State, Bao finds different perspectives and support by collaborating with faculty in the Center for Infectious Disease Dynamics, the Population Research Institute, and the Center for Advanced Data Assimilation and Predictability Techniques (ADAPT), which he co-directs.