Collaboration at its best 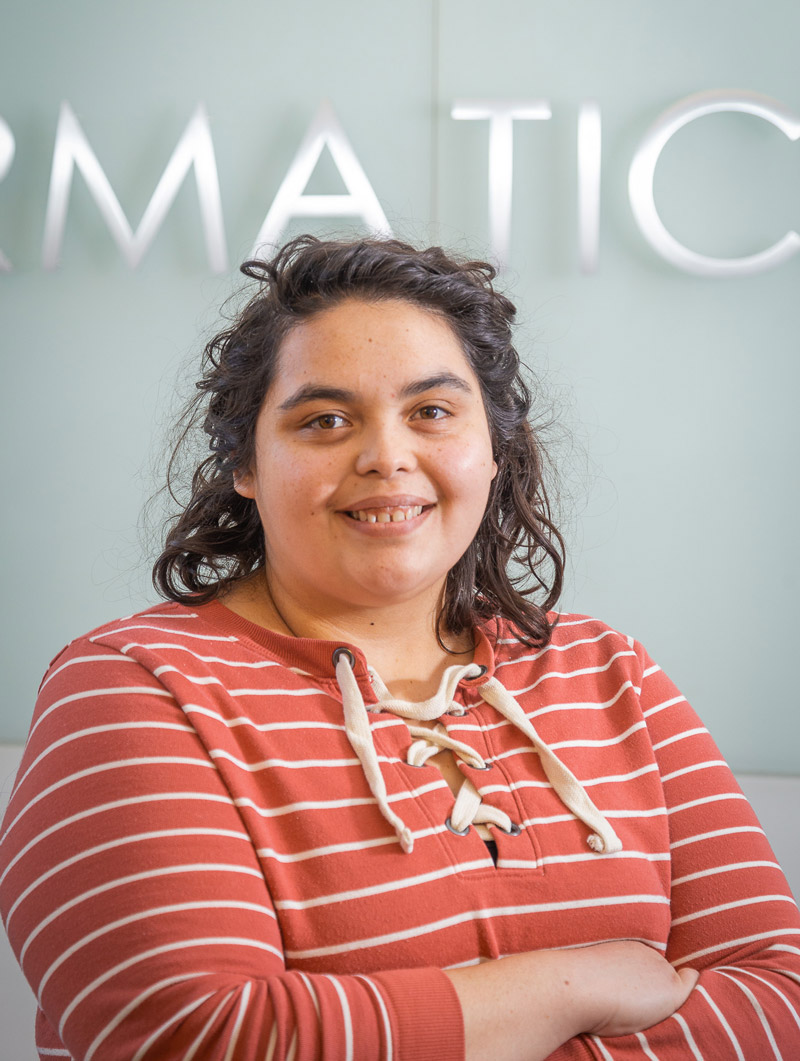 Having access to a broader set of statistical tools like functional data analysis has shaped the biological questions that can be asked from the INSIGHT study.

“The very cool thing here is that you are in a situation where sophisticated statistical methods enable biomedical research,” said Francesca Chiaromonte. “But it also goes the other way around. The science, the complexity of the problem, drives innovation in statistical methods, and ideally that’s the way these interdisciplinary studies should work: Both sides move together and interact in a virtuous cycle because each motivates and shapes the other.”

This potential for a collaboration to spur innovation in both biology and statistics was a major reason Ana Kenney chose to attend Penn State to pursue a doctoral degree.

“You can apply statistical methods to any data set you get, but it’s not really informative without that constant back-and- forth,” said Kenney, who is pursuing dual degrees in statistics and operations research. “There’s been a lot of back-and-forth in the INSIGHT study.”

The INSIGHT study has pushed Kenney and the rest of the team to be creative and adapt at almost every turn. For example, most statistical methods are based on the assumption that observations—in this case from the children—are independent. But in the INSIGHT and SIBSIGHT studies, observations are also taken from family members, which violates that assumption.

“It is both frustrating and really exciting when you hit a problem where the assumptions are not met and your models break or aren’t as effective,” said Kenney. “Essentially, we have had to create an approach that utilizes the family structure to make better estimates. But with each new problem, we have to develop new tools.”

Kenney is co-advised by Chiaromonte and Matthew Reimherr, and Kateryna Makovaserves on her graduate committee. The trio often co-advises graduate students.

“The way we mentor is very interdisciplinary, very group oriented,” said Chiaromonte. “This often drives our students nuts, because they essentially have three parents. But if they want to work at the boundary between statistics and biomedicine—or any other scientific field, for that matter—they need to learn how to cope with this multiplicity of perspectives, of backgrounds, of skills.”

Kenney, for one, appreciates the opportunity. After graduation, she hopes to find new interdisciplinary collaborations where she can use her statisticalexpertise to help solve real-world problems.