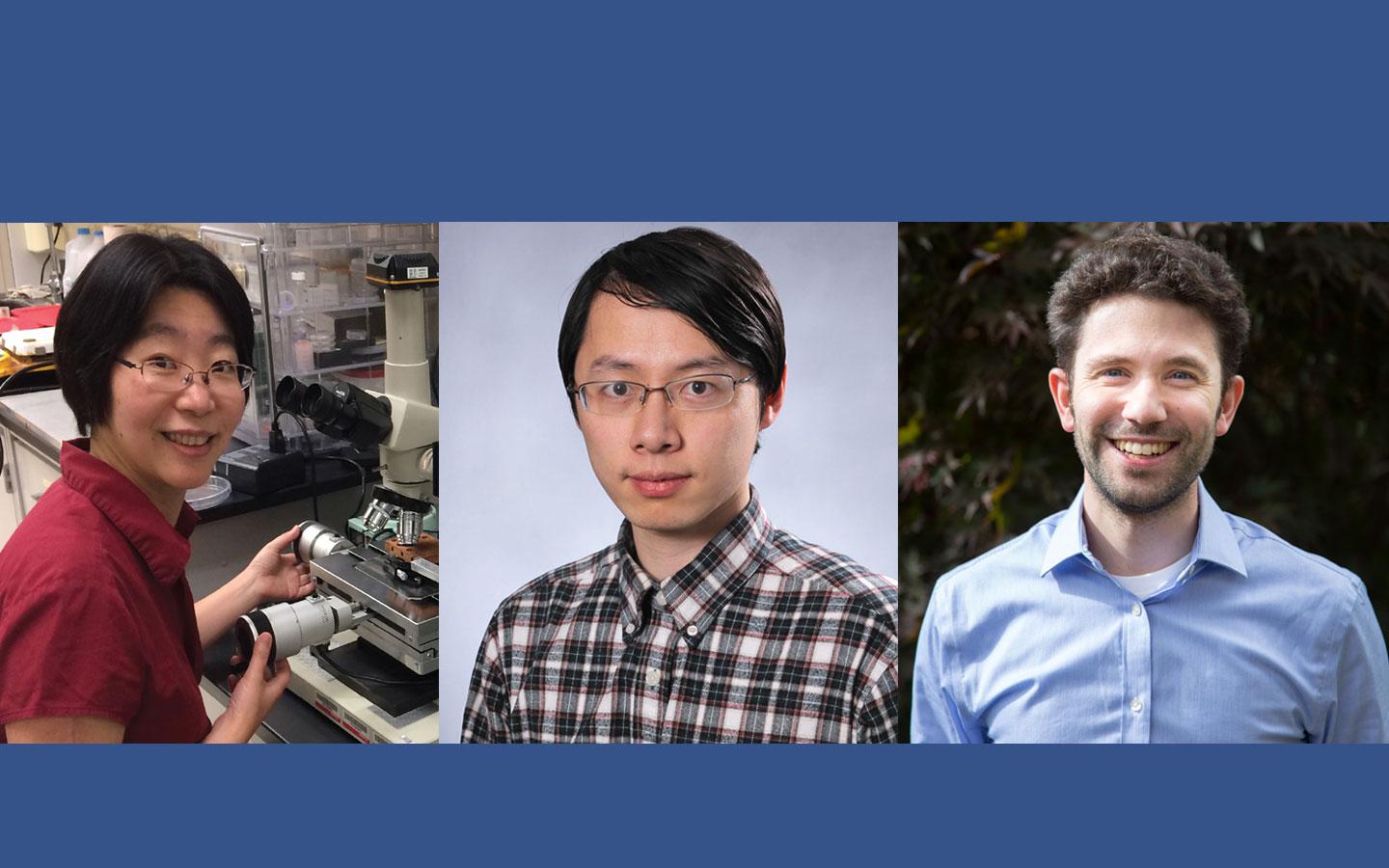 Jun Zhu, Chaoxing Liu, and Joseph Cotruvo Jr. have been selected by the Charles E. Kaufman Foundation to receive research grants. The foundation awards grants to scientists at institutes of higher learning in Pennsylvania who are pursuing research that explores essential questions in biology, physics, and chemistry, or that crosses disciplinary boundaries. 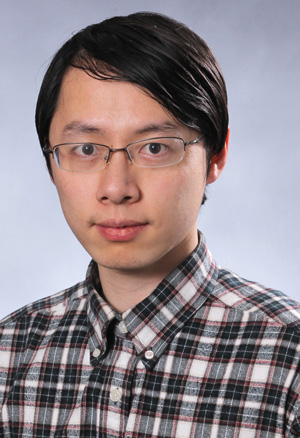 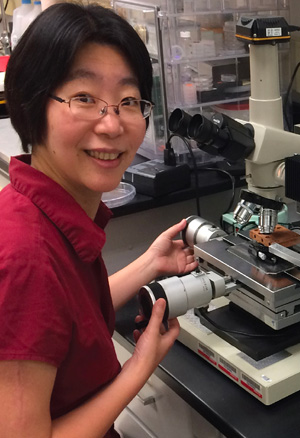 Jun Zhu, professor of physics, and Chaoxing Liu, associate professor of physics, received a New Initiatives Grant for research on “Direct evidence for non-abelian anyons in an interferometer.” New Initiatives Grants are awarded to teams examining questions that are beyond the capacity of any one scientific discipline and which require researchers to have a novel approach to the topic in question. Zhu is an experimental physicist who studies the behavior of electrons in graphene, a single sheet of carbon atoms arranged in a honeycomb lattice, as a possible route to the discovery of new, fundamental physical phenomena in low dimensions. Liu is a theorist in condensed matter physics whose current research focuses on a large variety of topological states of matter and the relationship between symmetry and topological states. 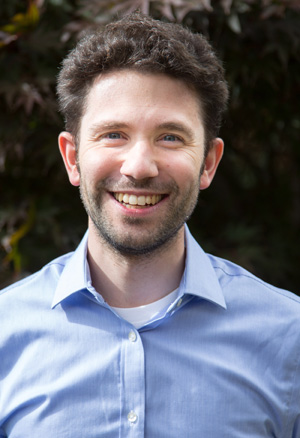 Joseph Cotruvo Jr., Louis Martarano Career Development Professor of Chemistry, received a New Investigator Grant for research on “Illuminating transition metal homeostasis in pathogenic bacteria through fluorescent sensors.” The New Investigator Grants are meant to empower promising scientists at the beginning of their careers. In his research, Cotruvo uses chemical biology, biochemistry, and cell biology to investigate metal ions in cells, including how disease-causing bacteria manage essential metals like manganese and iron, with the goal of discovering new antibiotic targets.