News and Research Spotlights
In the past 20 years, the world has sought to decrease carbon emissions and move toward greener energy sources
Joel Ranck 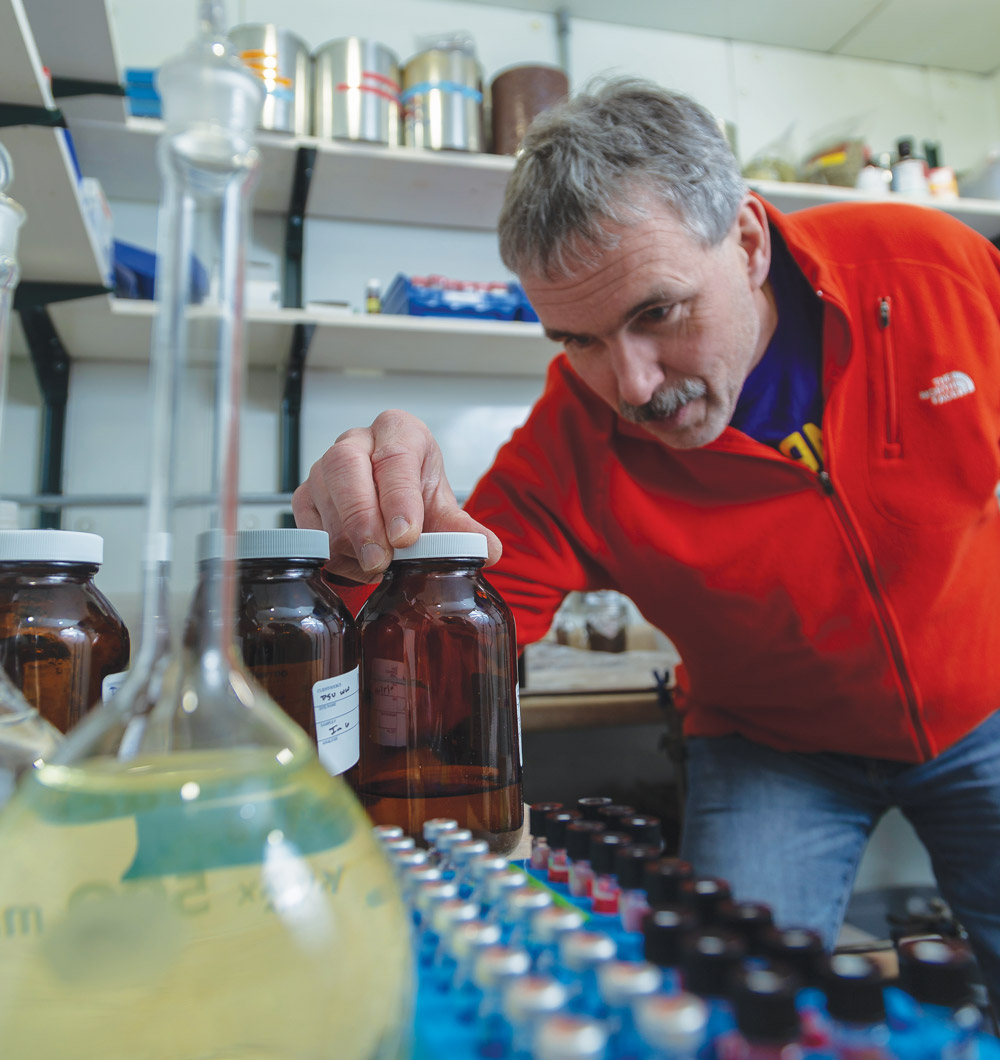 Some green alternatives to traditional fossil fuels include solar and wind energy, but it’s difficult to discount the impact that natural gas can have on both carbon emissions and dependence on imported oil.

“I’m not a fan of relying on fossil fuels for energy,” said Frank Dorman, associate professor of biochemistry, and molecular biology. “But if we have to use fossil fuels, natural gas is probably one of the better ones, though we need to obtain it as safely and as cleanly as possible and minimize potential environmental impact from the extraction of the gas.”

Dorman’s laboratory at University Park specializes in “exposomics”—or, loosely, the characterization of environmental pollutants (exogenous compounds) and their impact on human health.

“We live in a world of ever-increasing chemical complexity,” said Dorman. While many of these exogenous compounds have resulted in benefits, some have proven to be undesirable.

Dorman explained that, historically, finding that compounds have posed a negative impact to human health has been very difficult, and often the fact comes to light only after an acute issue. “The traditional approach to identifying an environmental factor that led to human illness was to look for high rates of disease in a community and then, retroactively, try to determine what may have led to that,” he said.

During the drilling and extraction of natural gas from shale-gas wells, a considerable amount of water is used. This water has chemical compounds added as part of the formulation prior to being delivered to the well. The fluid also picks up a considerable amount of organic and inorganic compounds during contact with the underground formations. Over time, this complex chemical mixture then slowly returns to the surface and is termed “flowback water” or “produced water.” The volume of this flowback water can be quite high, with 1 to 10 million gallons typically used per well. The potential re-use of this water is extremely important. In the past, this fluid was either reduced at the surface in leaching pits, or more recently sent for “reinjection” into other wells designed to hold large volumes of this waste product. Obviously, it would be much more beneficial if this water were re-used or discharged, but this requires the complete chemical understanding of this fluid to take these steps with sound environmental stewardship.

The shale-gas industry in the U.S. represents a complex challenge for scientists. The natural gas that is extracted represents a clean-burning fossil fuel, and Pennsylvania has an abundance of it. However, the chemical formulations used in drilling and hydraulic fracturing (“fracking”) the shale are proprietary and do not have to be disclosed, nor are they required to be completely eliminated before they are released into the environment. Fluids that are sequestered deep underground are known to cause seismic events. So, while cleaner-burning natural gas is a good thing, the means by which it is obtained are fraught with risks to the environment and the species living in it—including humans.

Dorman’s lab, in conjunction with William Burgos’s and Nathaniel Warner’s groups in the College of Engineering, have examined the potential risks of various uses of “frac fluids” and found that a variety of materials have potentially impacted the environment through previous disposal practices. Most notably, hydrocarbons and radium are found in almost all fluids returned to the surface from shale-gas wells, and further investigations by Jack Vanden Heuvel, a professor of molecular toxicology in the College of Agricultural Sciences, show that these compounds are biologically active.

With knowledge of the potential hazards, the proactive approach to exposomics is to identify sources of pollution before they become a problem. “We know that it can take 10 years or more for a pollutant to have a health impact on a community, but we also know that releasing certain pollutants into the environment may have an impact on other species and thus eventually have an impact on humans,” said Dorman.

Recently the collaboration published a paper that characterized these fluids as they were being applied to rural roads as dust suppressants and de-icing fluids. Yes, that’s correct. The oil and gas industry gave away produced water to local municipalities for direct application to roadways.

Until recently, there were no regulations to adequately govern the chemical remediation of these fluids prior to surface discharge. This practice has now been stopped in Pennsylvania.

“If we can develop a remediation strategy to adequately clean these fluids of potentially harmful compounds, then this may present a re-use opportunity for the gas industry,” explained Dorman. This is the current focus of this group of scientific collaborators. Together they hope to completely characterize these materials and develop treatment options that can eliminate their biological activity. If they achieve this, the clean materials could have many different re-use options, including possible surface application.

“This would be a great benefit to the industry,” said Dorman, while also being a proactive application of exposomics through the unique approach of these scientific collaborators.