A Survivor in Greenland: A Novel Bacterial Species is Found Trapped in 120,000-Year-Old Ice 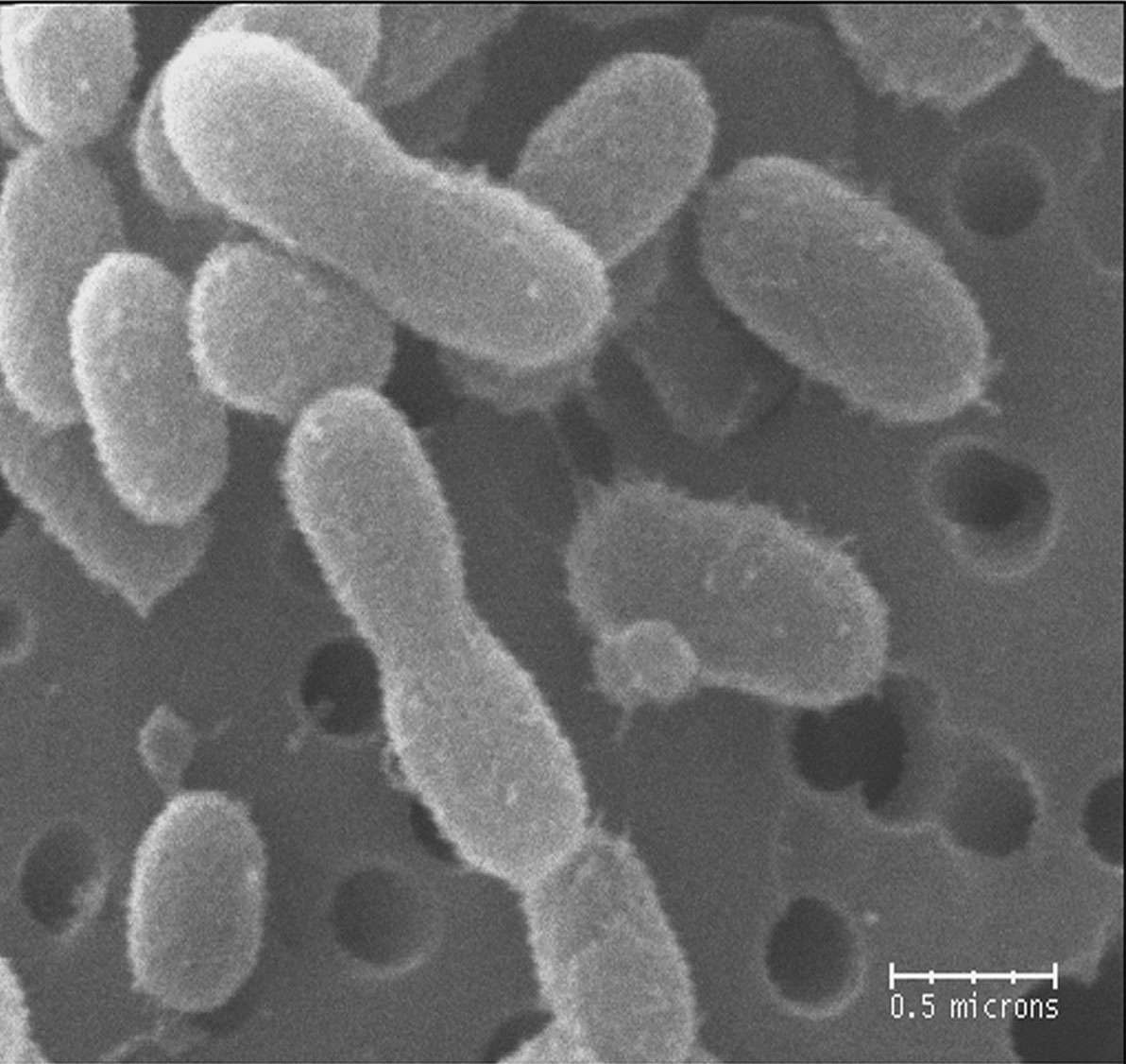 A team of Penn State scientists has discovered a new ultra-small species of bacteria that has survived for more than 120,000 years within the ice of a Greenland glacier at a depth of nearly two miles. The microorganism's ability to persist in this low-temperature, high-pressure, reduced-oxygen, and nutrient-poor habitat makes it particularly useful for studying how life, in general, can survive in a variety of extreme environments on Earth and possibly elsewhere in the solar system. The work will be presented by Jennifer Loveland-Curtze, a senior research associate in the laboratory led by Jean Brenchley, Professor of Biochemistry and Molecular Biology at Penn State, at the 108th American Society for Microbiology General Meeting in Boston, Massachusetts on 3 June 2008 at 10:30 a.m. (Extreme Environments-I, poster N-156).

This new species is among the ubiquitous, yet mysterious, ultra-small bacteria, which are so tiny that the cells are able to pass through microbiological filters. In fact, some species have been found living in the ultra-purified water used for dialysis. "Ultra-small cells could be unknown contaminants in media and medical solutions that are thought to have been sterilized using filters," said Loveland-Curtze.

The ultra-small size of the new species could be one explanation for why it was able to survive for so long in the Greenland glacier. Called Chryseobacterium greenlandensis, the species is related genetically to certain bacteria found in fish, marine mud, and the roots of some plants. The organism is one of only about 10 scientifically described new species originating from polar ice and glaciers.

To study the bacterium in the laboratory, the research team, which also includes Senior Research Associate Vanya Miteva, filtered the cells from melted ice and incubated them in the cold in low-nutrient, oxygen-free solutions. The scientists then characterized the genetic, physiological, biochemical, and structural features of the species. The team hopes that its studies of this species, as well as others living in the Greenland glacier, will reveal more about how cells survive and how they may alter their biochemistry and physiology over time. "Microbes comprise up to one-third or more of the Earth's biomass, yet fewer than 8,000 microbes have been described out of the approximately 3,000,000 that are presumed to exist," said Loveland-Curtze. "The description of this one species is a significant step in the overall endeavor to discover, cultivate, and use the special features held by these organisms."

This research was supported by the National Science Foundation, the United States Department of Energy, and the National Aeronautics and Space Administration. 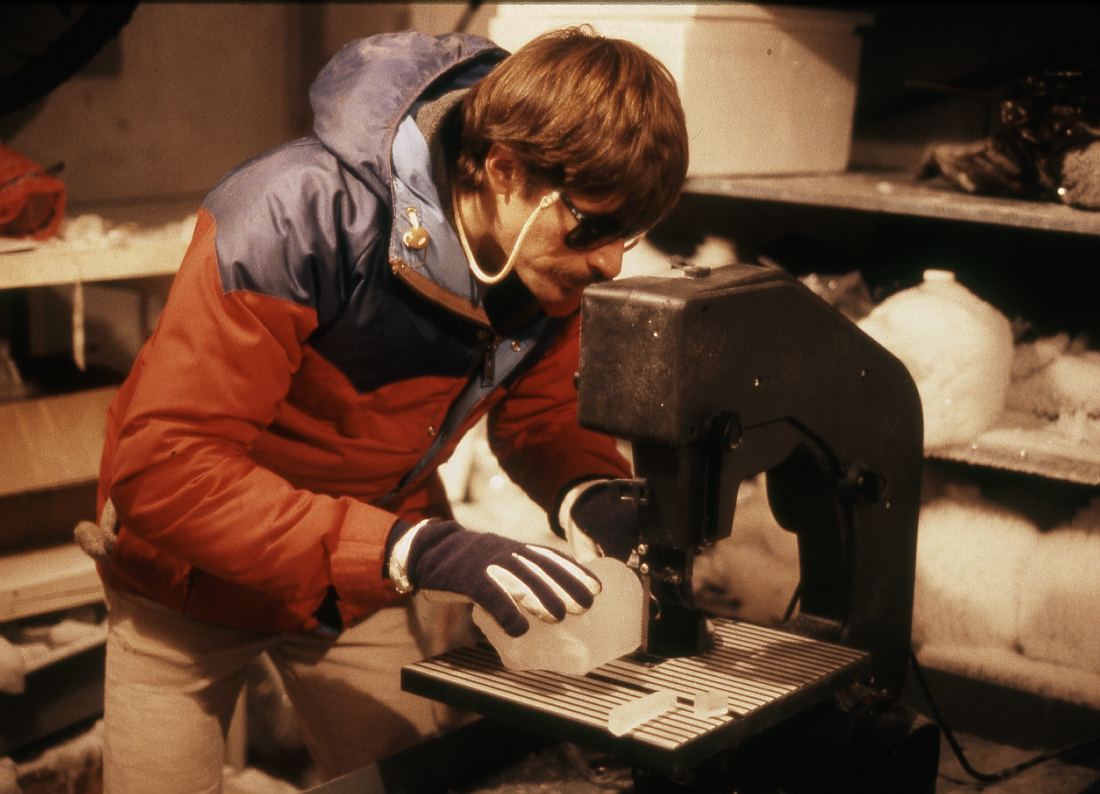 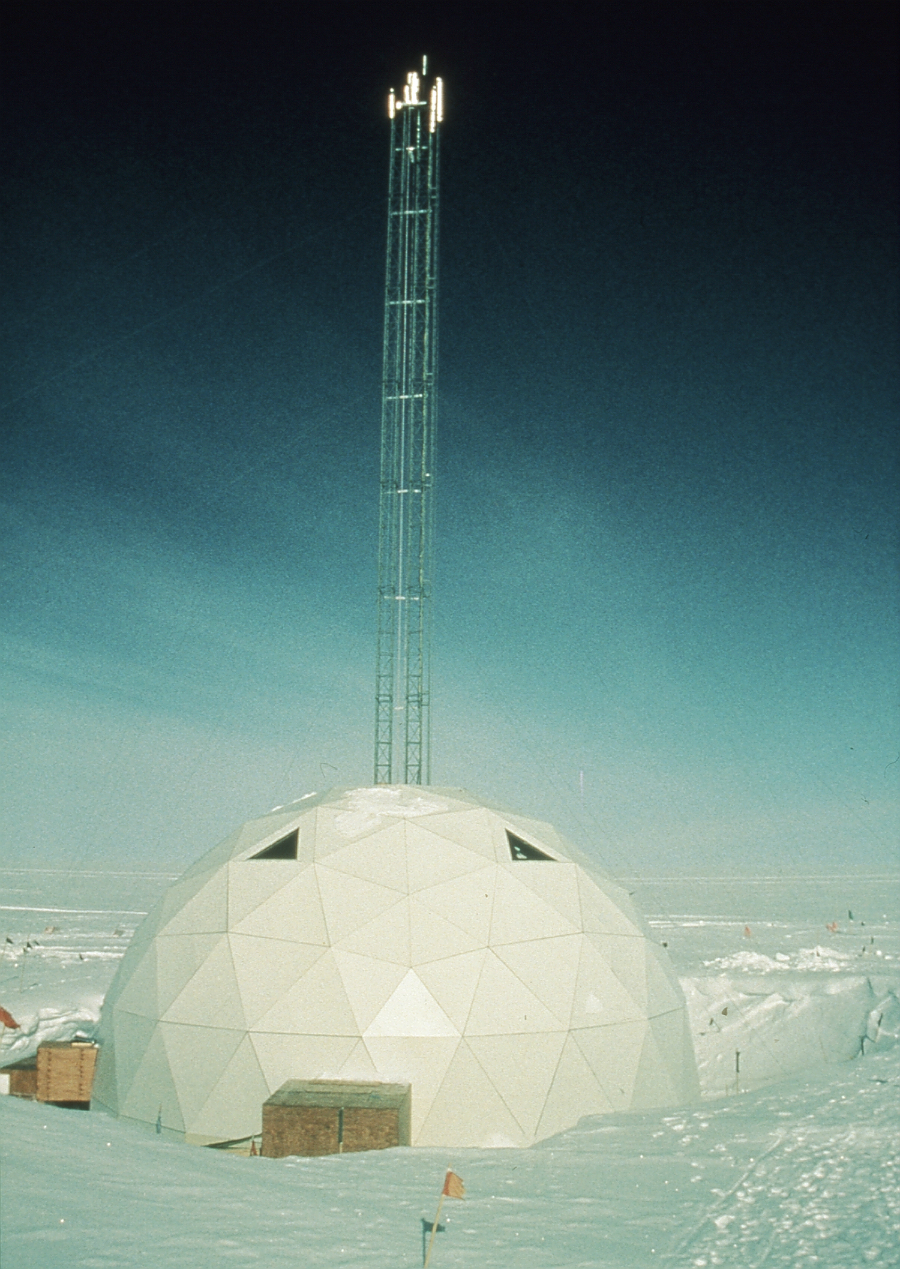 Credit: Mark Twickler, University of New Hampshire/National Oceanic and Atmospheric Administration Paleoclimatology Program/Department of Commerce - The GISP2 (Greenland Ice Sheet Project 2) drill dome, located in Greenland, obtained an ice core 3053 meters in depth. The GISP2 drill dome measures 32.5 m across, housing the drill and the lower part of its 37 m tower. The drill dome is connected via trenches and shafts to the subterranean core processing line. 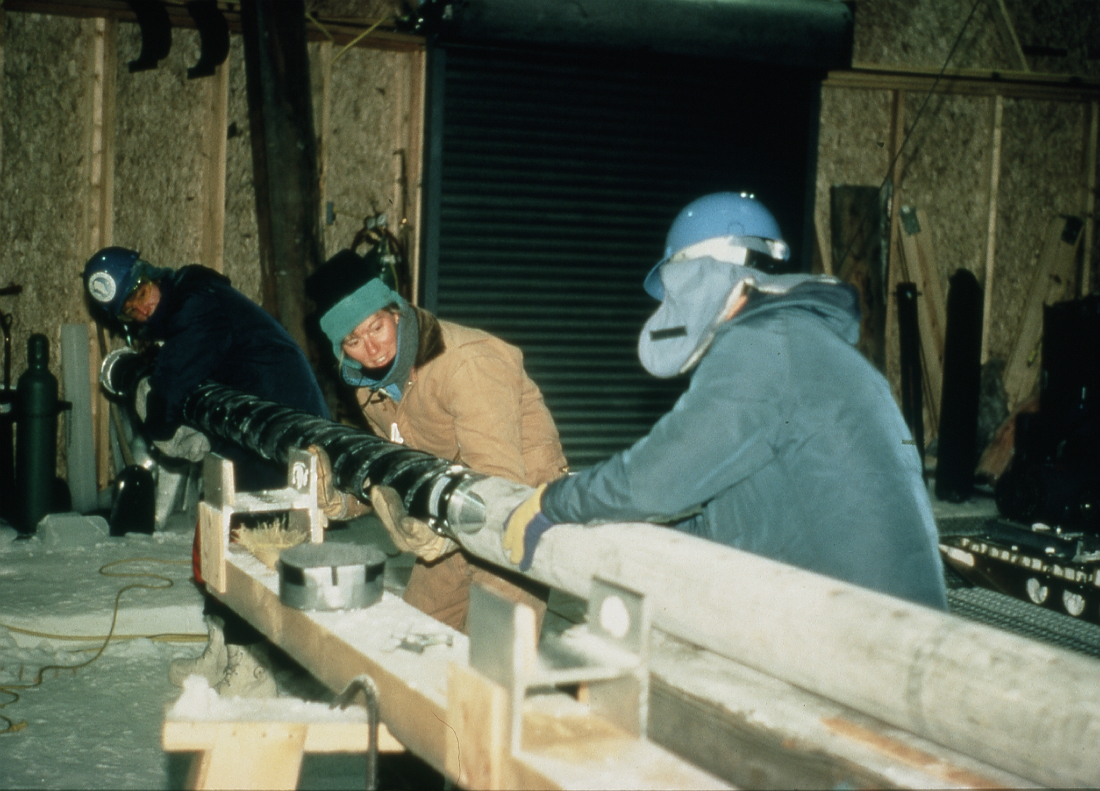 Credit: Kendrick Taylor, University of Nevada-Reno/National Oceanic and Atmospheric Administration Paleoclimatology Program/Department of Commerce - Core barrel being removed from drill: The drill assembly is lowered into the borehole on a heavy cable. Using electric power, the drill extracts a 6 m long section of ice. The core is then carefully raised to the surface. The newly-filled core barrel in this photo is gingerly being removed from the drill apparatus. Once the barrel is removed from the drill apparatus, it is replaced with another core barrel. The drill is then lowered into the borehole for another coring run. Note: Access to ice-core samples was provided by the National Science Foundation. 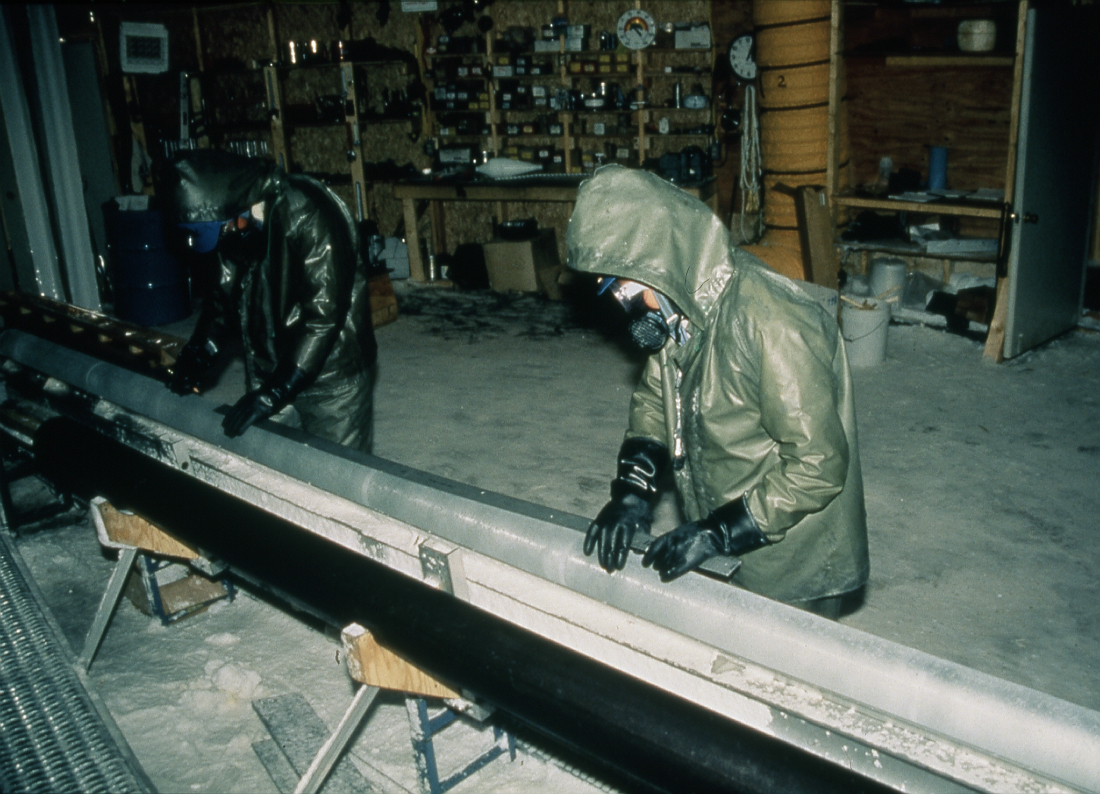 Credit: Mark Twickler, University of New Hampshire/National Oceanic and Atmospheric Administration Paleoclimatology Program/Department of Commerce - Extruding a core: Scientists extrude the core from its barrel with the utmost care. Any butyl acetate on the core surface is carefully cleaned off before sawing the ice into 2 m sections. The cloudy layers clearly visible in this 6 m core section were formed when dust fell onto the ice sheet and was entrained in the ice. Note: Access to ice-core samples was provided by the National Science Foundation. 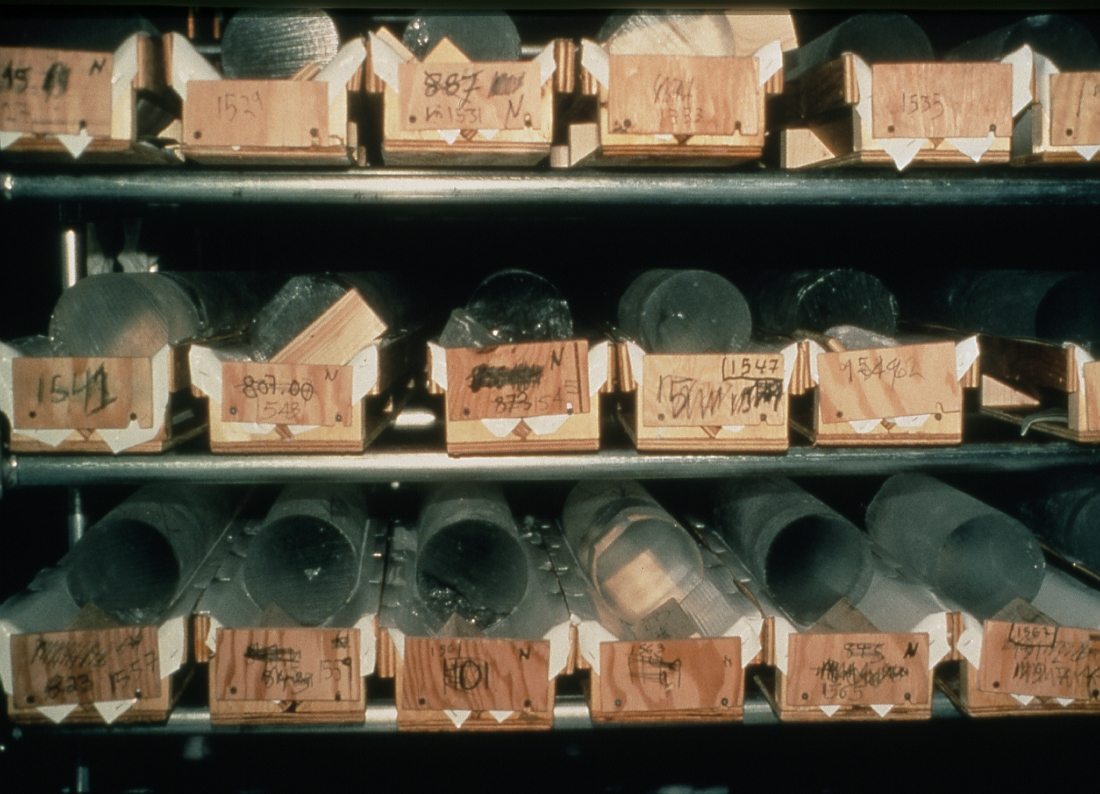 Credit: Kendrick Taylor, University of Nevada-Reno/National Oceanic and Atmospheric Administration Paleoclimatology Program/Department of Commerce - Core processing line: The temperature of the ice cores is never allowed to rise above -15 degrees C, partly to prevent microcracks from forming and allowing present-day air to contaminate the fossil air trapped in the ice fabric, and partly to inhibit recrystallization of the ice structure. Since summer temperatures in central Greenland are often higher than this, the core is moved immediately from the drill dome to a network of trenches beneath the snow surface known as the core processing line (CPL). The first stop in the CPL are these wooden trays where cores are stored before measurements are performed. This ice is from 1500 m and is clear with the exception of a few subtle seasonal dust bands.