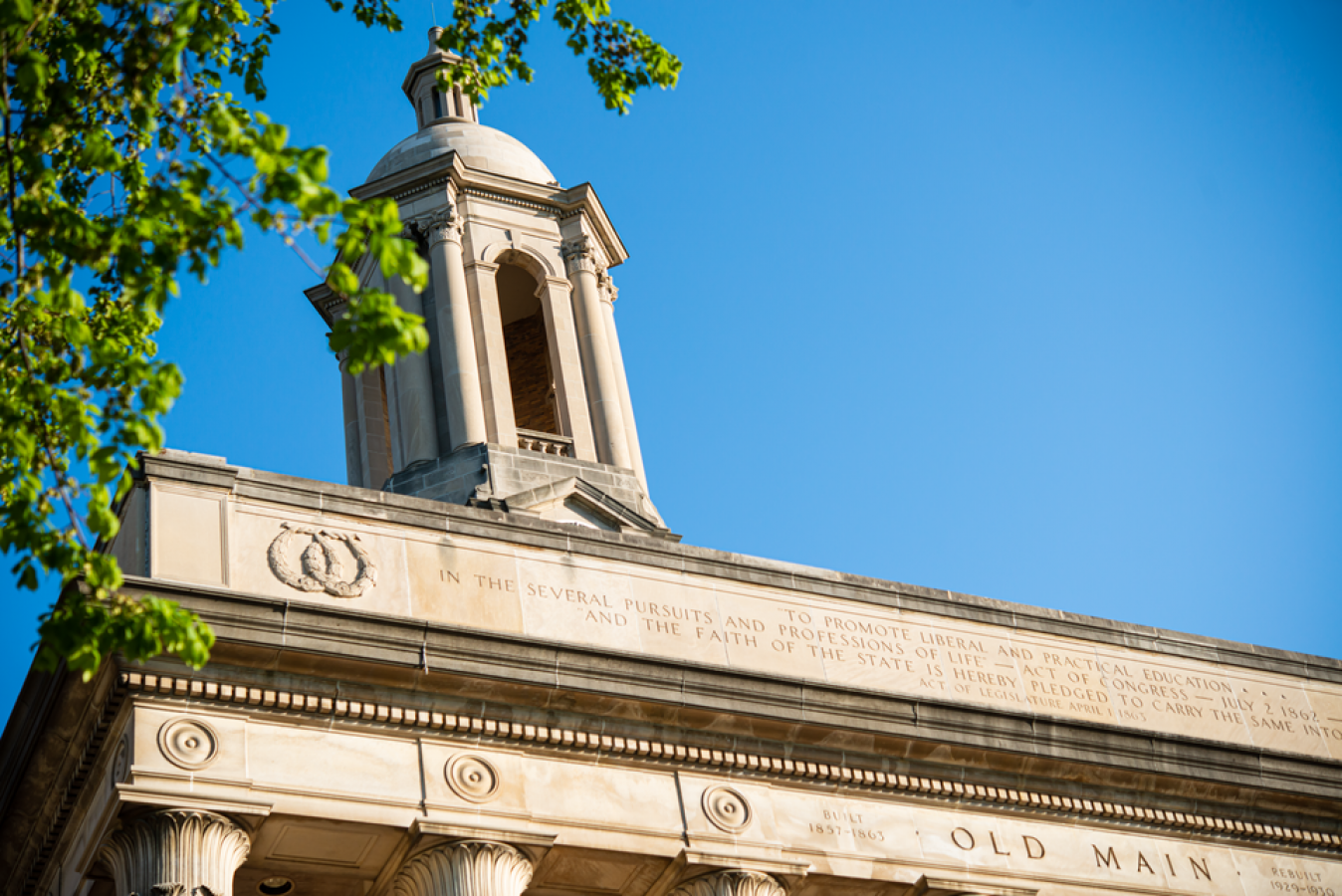 Today we are pummeled with intentional and unintentional misinformation, and because the delivery systems are vastly diverse and technically complicated — blogs, vlogs, video channels, social media, news feeds, spam — many innocent observers do not seem to be as instinctual in detecting bogus information as prior generations were. To battle this pandemic of falsity, Penn State philosophy professor Paula Droege and statistics professor Dave Hunter combined forces in the fall semester of 2018 with a new integrative class that combined the unlikely pairing of philosophy and statistics, aimed at empowering young students with the tools to detect and combat bias, falsehood, and misinformation and call it what it is.

SC 205N: BS: Identifying Bias and Falsehood was inspired by a University of Washington course titled "Calling Bull****: Data Reasoning in a Digital World," developed by professors Carl Bergstrom and Jevin West. Intrigued by the title of the course, Hunter began digging and discovered a large overlap with the material in STAT 100: Statistical Concepts and Reasoning, a course Hunter has taught many times.

At that moment, Penn State was in the throes of generating new integrative course requirements — courses that combine two general education areas — for undergraduates.

After realizing the potential to create a new integrative course, Hunter talked to Penn State colleague Andrew Read and discovered that Read knew Carl Bergstrom at the University of Washington.

Hunter then presented the idea to Droege.

“I bounced it off Paula because the foundation of the course at Washington is a well-known essay entitled "On Bull****" from a philosopher named Harry Frankfurt,” Hunter said. He and Droege agreed a course that combines humanities through philosophy and natural sciences through statistics would have potential as an integrative course.

With only one day to apply, Droege and Hunter received funding to create the new course. Read made the connection and the trio inquired of Bergstrom and West about using the course theme at Penn State.

“They said, 'Take whatever you want from our course and use it,'” Hunter said. “Both professors were very generous in sharing their materials and offering help.”

With "On Bullshit" as their working title, the new integrative course became available and gathered its first enrollment in fall of 2018. The first offering saw 70 undergraduates enrolled. After a teaching assistant was employed, enrollment was expanded to 120 for the fall 2021 semester.

It’s reasonable to surmise that merging fields as divergent as philosophy and statistics would be abundant with challenges and surprises for student and teacher alike.

The intersection becomes entangled, and students grapple with the complexity. Discussions about statistical equations can quickly change direction to ethics and lifestyle. The class sorts through contrasting concepts such as probability equations and experimental psychological devices that can lead people astray, resulting in erroneous calculations and misleading information that some people try to get away with.

Among the many subjects discussed, Droege gets the students talking about various types of biases in media and scientific publications.

“In publication bias, we’ve talked about motivations on the part of some scientists to falsify their work,” Droege explained. “Publication bias also means getting more publications instead of high-quality publications, and the many ways in which the structure of a publication can result in worse science rather than better science.”

Hunter's purpose is to balance mathematical methods with their relative reasoning. Core concepts like probability and Bayes' Rule introduce quantitative statistical operations that must be understood to apply the qualitative ideology behind each. Students can then connect the dots with human fallacies, rhetorical devices, and biases within Droege's philosophical teachings.

Of the statistical foundation Hunter teaches, he stresses the importance of quantitative literacy.

“Today, if students are to be statistically literate, they need to understand what big data means in today's world, various problems, ethical issues, the use of predictive algorithms, and the problems therein,” he explained.

Even if quantitative correlations aren’t always well-understood by students, Hunter finds that students enjoy the course and variety of content.

“I think many of them are surprised that we can talk about statistics at a qualitative level," he said. "Many people view statistics as a discipline that they have no hope of penetrating, because they think they're not math people, so it's a pleasant surprise when somebody is able to talk about a statistical idea in qualitative terms.”

For Droege, the biggest surprise was more profound.

“We learned that students perceived the humanities to lack the factual, stable reputation of science," she said. "I quickly realized that I was not communicating the value of messy thinking, nuance, and being able to see similarities and differences and sort them out in a complex situation. It's great that science gives us clear definitions and clear numbers, but it's also important that we understand its limits. Humanities tells us context and how we can mislead ourselves, and I hope I'm doing a better job of that this time. That was definitely a big surprise.”

Learning as they teach

Droege and Hunter concur that neither could teach the course alone, and they continue to learn in the blended environment.

“The whole concept of the integrative class is challenging because we haven't been trained to do it, but it's also really fun,” Droege said.

Hunter explained the idea that faculty are learning with the students is appealing to the young class; students see Droege and Hunter learning from each other while they teach.

“Then I think there's just the fact that this is a useful philosophy — this idea that students should not see each of their general education areas as something that does not interact with anything else,” he said.

Droege explained that guest lecturers also add a wider perspective to the course, bringing into focus how widespread disinformation is across disciplines.

“From the professor's standpoint, it's essential the course is team taught to effectively convey the complexities of the different kinds of information,” she said.

While discussing cross-disciplinary hooey can be energetic in the classroom, it doesn’t come without its challenges. Stark shifts in thinking become frustrating among students as they learn how to process methods and concepts from two wildly different fields.

“Dave teaches it without doing math, which I think is brilliant," Droege said. "But you must combine that evaluative thinking with the messy type of thinking that humanities do to learn how things can be both similar and different and what the example or the definition is.”

The political landscape over the past five years has brought unusually heavy attention to the problem of widespread deception. Various outlets and organizations push their own agendas to sway their listeners and viewers on television and across every online platform imaginable. The idea of misreporting to persuade and influence is not new, but the pervasive and instantaneous distribution of it is relatively new. A single rubbish-filled tweet or deep-fake video can be viral to millions of people in just hours.

So how do we manage the digital, high-volume manure spreaders? How can we be more aware of what information stinks and what doesn’t?

Hunter says it’s important to have a “Truth-O-Meter.”

“We are awash in nontruths," he said. "There's so much out there that's taken as truth by so many people, and it's clearly not. So if we can make a small dent in that problem by trying to equip people with a little bit more of a ‘bull**** detector’ — which is not to say that you're skeptical of everything you read, but being made aware that there are some potential pitfalls out there — I think this is something that we really need in society today.”