Marker Lectures in the Mathematical Sciences scheduled for Jan 10, 11, 12 and 13 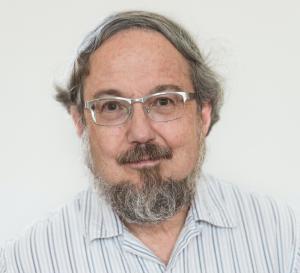 Don Zagier, former director of the Max Planck Institute for Mathematics in Germany and holder of the Ramanujan International Chair at the International Centre for Theoretical Physics (ICTP), will present 2023 Russel Marker Lectures in the Mathematical Sciences on January 10, 11, 12, and 13 on the Penn State University Park campus. The free public lectures are sponsored by the Penn State Eberly College of Science.

Zagier is a mathematician who is primarily interested in interactions between number theory, especially the theory of modular forms, and other fields of mathematics and mathematical physics. Notable advancements include applications of his work on Heegner points to the Gauss Class Number Problem and the Birch–Swinnerton-Dyer Conjecture, the many applications in both mathematics and mathematical physics of the theory of Jacobi forms that he co-developed, or the applications of the theory of mock modular forms—a discovery of his doctoral student—to the string theory of black holes. More recently, he has studied mathematics related to quantum field theory and in particular quantum invariants of knots, which have a surprising hidden modular behavior.

After finishing high school at age 13 and attending Winchester College in England for a year, he studied mathematics and physics at Massachusetts Institute of Technology (MIT) for three years, completing bachelor’s and master’s degrees at the age of 16. He was named a Putnam Fellow in 1967 and received a doctoral degree from Oxford University in 1971 at the age of 20. He received a habilitation degree at the University of Bonn in 1975 at the age of 23 and was named professor at the age of 24.

The Marker lectures were established in 1984 through a gift from Russell Earl Marker, professor emeritus of chemistry at Penn State, whose pioneering synthetic methods revolutionized the steroid-hormone industry and opened the door to the current era of hormone therapies, including the birth-control pill. The Marker endowment allows the Penn State Eberly College of Science to present annual Marker lectures in astronomy and astrophysics, the chemical sciences, evolutionary biology, genetic engineering, the mathematical sciences, and physics.