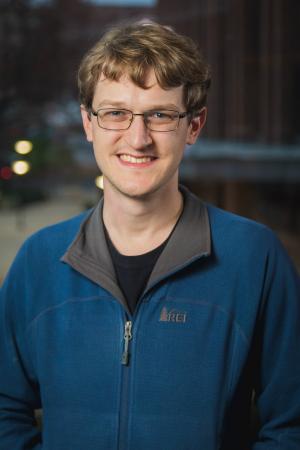 John Lesieutre, assistant professor of mathematics at Penn State, has been honored with a Faculty Early Career Development (CAREER) award from the U.S. National Science Foundation (NSF). The CAREER award is NSF’s most prestigious award in support of early-career faculty members who have the potential to serve as academic role models in research and education and to lead advances in the mission of their department or organization.

The CAREER award will provide five years of funding to support Lesieutre’s research investigating the role of symmetry in algebraic geometry—a field that explores systems of polynomial equations in many variables.

“Analyzing these systems is generally very difficult as it is hard to learn much about the solutions unless you can spot some special properties of the specific equations,” said Lesieutre. “In this project, I will use techniques from both algebraic geometry and dynamical systems to exploit symmetries of systems of polynomial equations.”

Additionally, Lesieutre will work to introduce algebraic dynamics to new audiences, including graduate students and researchers in algebraic geometry, and will supervise several undergraduate projects. He will also develop a new course aimed at high school students looking for a follow-up class to calculus.

“This award is a fitting recognition of John’s achievements and of his promise, both as an outstanding mathematician and as a remarkable educator, the latter seen not only in his teaching at Penn State, but also in his outreach,” said Mark Levi, professor and head of mathematics at Penn State. “I should mention that John spent this entire academic year teaching advanced college-level mathematical topics to a select group of seniors in the State College Area School District. His students are lucky, and it is a pleasure to congratulate John on this well-deserved award.”

In 2019, Lesieutre was honored with an Alfred P. Sloan Research Fellowship by the Sloan Foundation, which recognizes promising young researchers in the early stages of their careers for their research accomplishments.

Prior to joining the faculty at Penn State, Lesieutre was a research assistant professor from 2015 to 2018 at the University of Illinois at Chicago and a member of the Institute for Advanced Study from 2014 to 2015. He earned a doctoral degree in mathematics at the Massachusetts Institute of Technology in 2014 and a bachelor’s degree in mathematics at Harvard University in 2009.