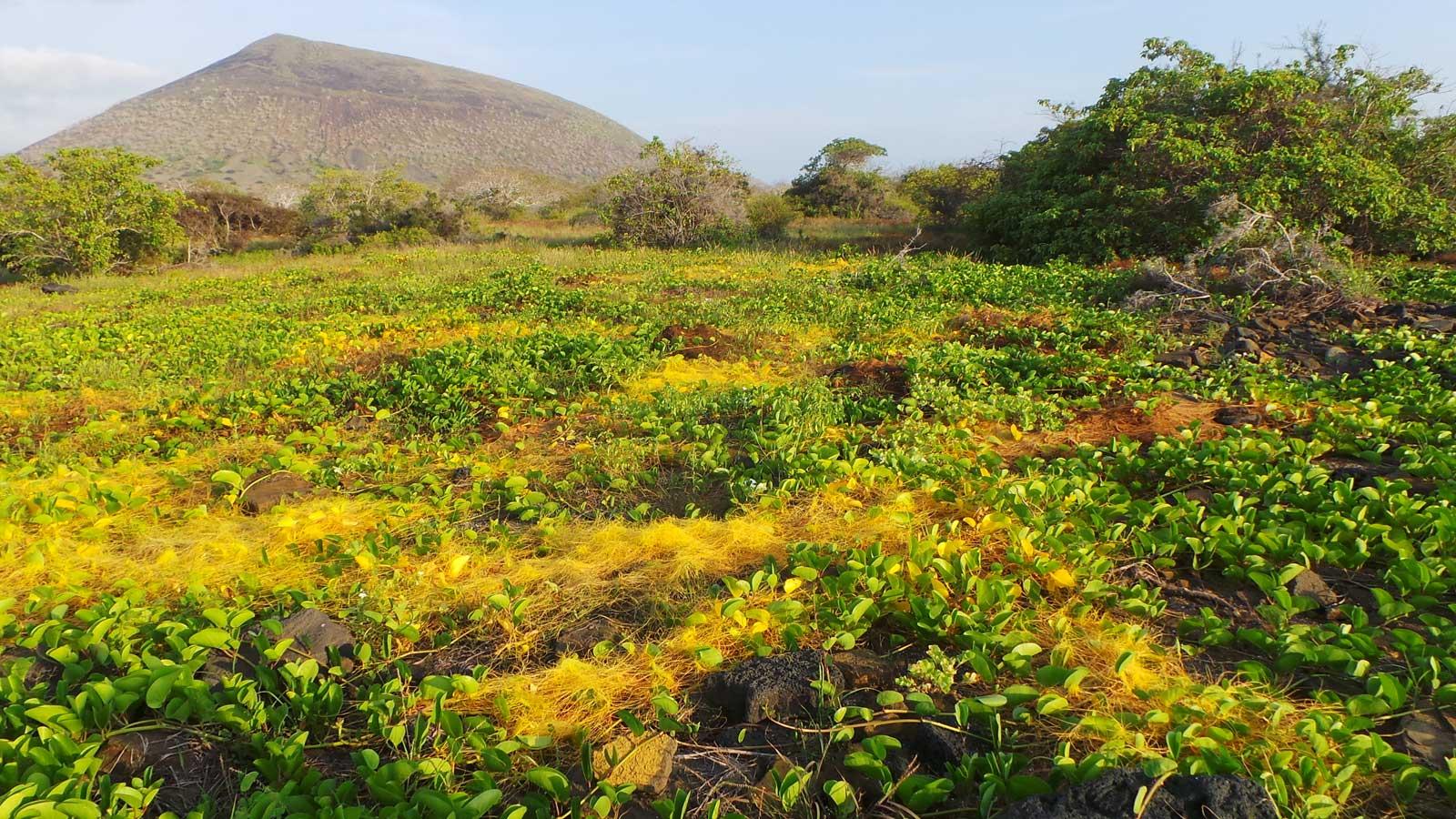 Parasitic plants use stolen genes to make them better parasites 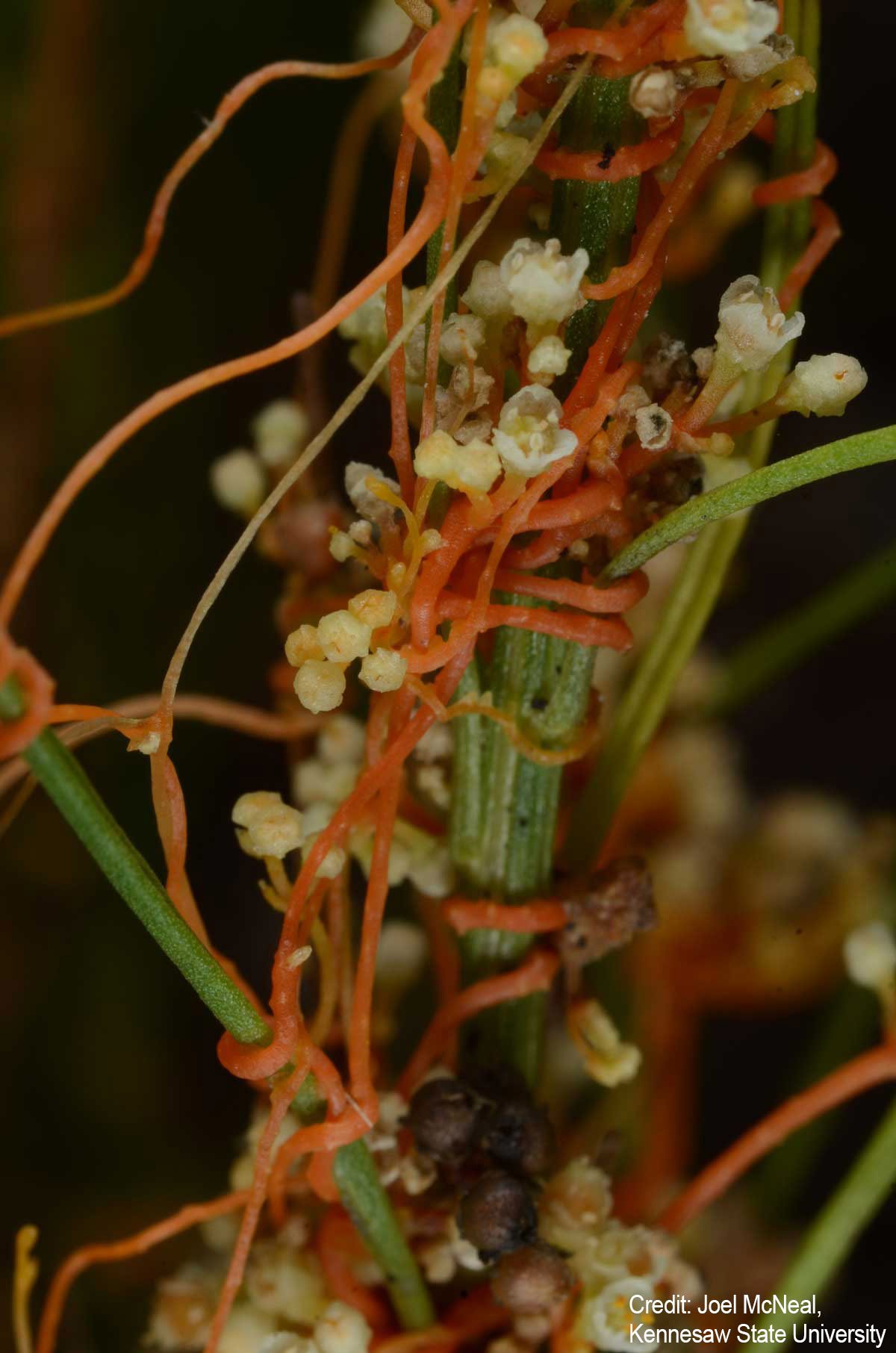 Some parasitic plants steal genetic material from their host plants and use the stolen genes to more effectively siphon off the host’s nutrients. A new study by researchers at Penn State, Virginia Tech, and Kennesaw State University reveals that the parasitic plant dodder has stolen a large amount of genetic material from its hosts, including over 100 functional genes. These stolen genes contribute to dodder’s ability to latch onto and steal nutrients from the host and even to send genetic weapons back into the host. The new study appears July 22, 2019, in the journal Nature Plants.

Parasitic plants like dodder cannot live on their own by generating energy through photosynthesis. Instead, they use structures called haustoria to tap into a host plant’s supply of water and nutrients. Dodder wraps itself around its host plant, growing into its vascular tissue, and often feeds on multiple plants at one time. It can parasitize many different species, wild plants as well as those of agricultural and horticultural importance.

“Parasitic plants live very intimately in connection with their host, extracting nutrients,” said dePamphilis. “But they also get genetic material in the process, and sometimes they incorporate that material into their genome. Previous studies focused on single transferred genes. Here, we used genome-scale datasets about gene expression to determine whether the large amount of genetic material coming over through horizontal gene transfer is actually being used.”

The research team identified 108 genes that have been added to dodder’s genome by horizontal gene transfer and now seem to be functional in the parasite, contributing to haustoria structure, defense responses, and amino acid metabolism. One stolen gene even produces small segments of RNA known as micro RNAs that are sent back into the host plant, acting as weapons that may play a role in silencing host defense genes.

The team used rigorous criteria to determine whether the stolen genetic material was likely to be functional: The genes had to be full length, they had to contain all the necessary parts of a gene, they had to be transcribed into an RNA sequence that later builds proteins, and they had to be expressed in relevant structures. The team also explored the evolution of these transferred genes as additional support for functionality.

“We compare a gene’s genetic sequence with closely related genes, and look for a special signature in how that sequence evolves to tell if it’s likely to be functional,” said dePamphilis. “Certain kinds of mutations in a gene do not affect the protein that the gene codes for and therefore do not impact the gene’s function. When we see large amounts of these kinds of mutations, as opposed to mutations that might change or disrupt the gene’s function, it is strong evidence that natural selection is acting to keep the proteins intact and useful.” 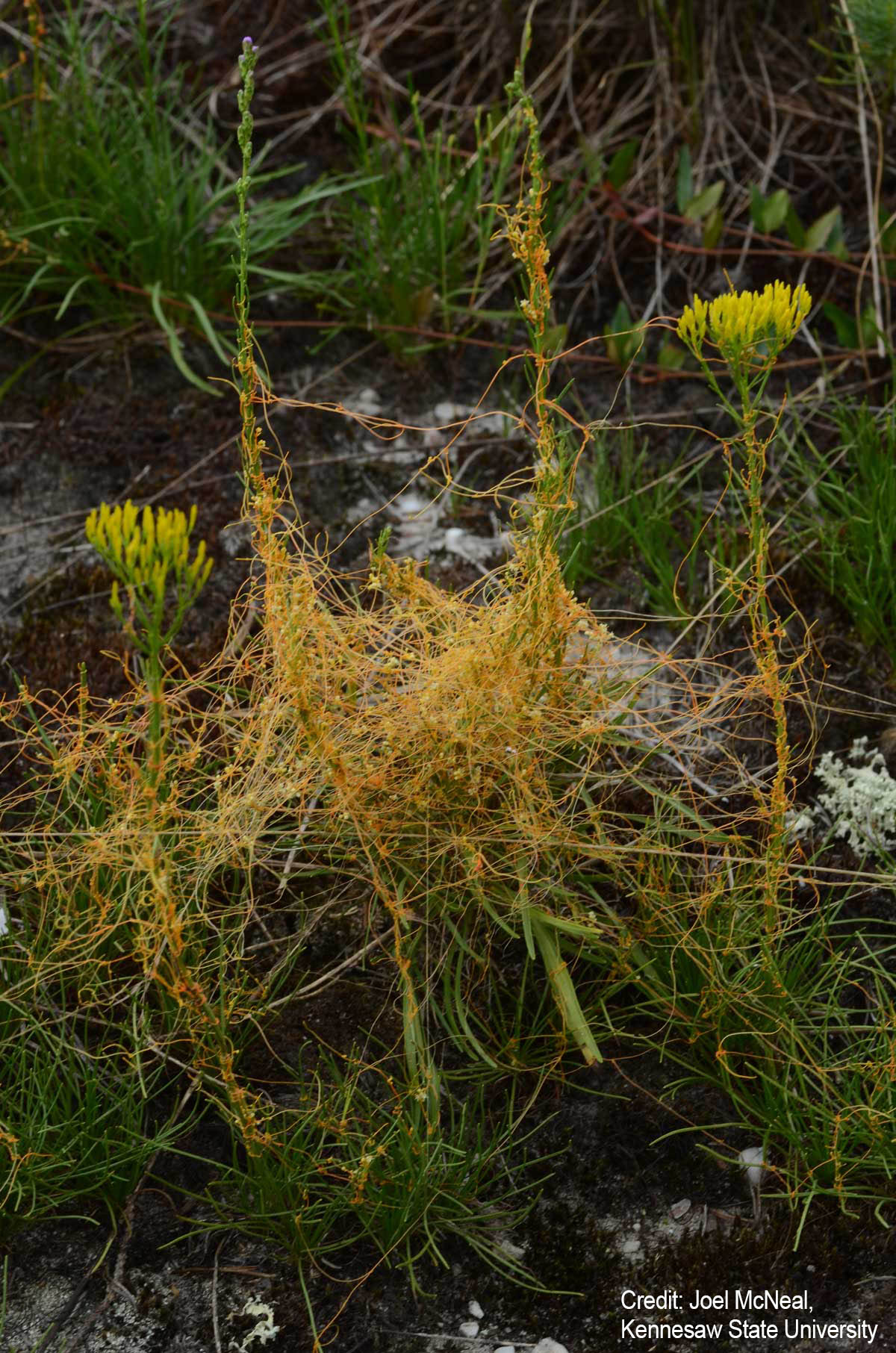 Eighteen of the 108 genes appear in all dodder species, suggesting that these genes were originally stolen by the ancestral form of dodder and are maintained in modern species.

“This is the first time any study has seen evidence that horizontal gene transfers occurred early in the evolution of a parasitic group,” said dePamphilis. “In this case, 18 of these genes were present in the common ancestor of all the living dodder species, which may have contributed to successful spread of these parasites.”

The team also identified 42 regions in the dodder genome that appear to result from horizontal gene transfer, but do not have any functional genes.

“Because such a huge quantity of genetic material has come over through horizontal gene transfer, we suspect that the parasitic plants cannot filter what is coming in,” said dePamphilis. “But natural selection is helping maintain the useful genes and filter out the less useful segments.”

The researchers are currently investigating how exactly genetic material is being transferred from host to parasite. They would also like to explore whether this transfer is a one-way street, or if the host can obtain genetic material from its parasite.

“We’d love to know how extensive horizontal gene transfer really is,” said dePamphilis. “We looked at just one of species of dodder, which is just one of over 4000 species of parasitic plants. Does horizontal gene transfer of functional genes happen to the same extent in other species? Is it possible in non-parasitic plants? In other complex organisms? This may be the tip of the iceberg.”

In addition to dePamphilis the research team includes first author Zhenzhen Yang, a graduate student in the Plant Biology Graduate Program at Penn State at the time of the research, as well as Penn State researchers Eric Wafula, Saima Shahid, Paula Ralph, Prakash Timilsina, Wen-bin Yu, Elizabeth Kelley, Huiting Zhang, Thomas Nate Person, Naomi Altman, and Michal Axtell; Joel McNeal at Kennesaw State University; and Virginia Tech researchers Gunjune Kim and co-corresponding author James Westwood. This work was funded in part by the National Science Foundation and the United States and Department of Agriculture. Additional support was provided by the National Institute of Food and Agriculture, the Penn State Department of Biology, and the Penn State Huck Institutes of the Life Sciences.