A team of physicists that includes researchers at Penn State is developing a new experiment envisioned for the International Space Station (ISS) as part of NASA’s Astrophysics Pioneers Program. The Pioneers program, which began in 2020, supports small-scale astrophysics missions that enable innovative investigations into cosmic phenomena and have a total cost cap of $20 million.

The new experiment, the Trans-Iron Galactic Element Recorder for the International Space Station (TIGERISS), will be designed to measure the abundances of ultra-heavy galactic cosmic rays—high-energy particles that have been rapidly accelerated from a star's violent collapse, called a supernova, or other cosmic events. By measuring the quantity of each atomic element in cosmic rays, scientists gain information about where they could have originated.

TIGERISS is an evolution of the TIGER and SuperTIGER balloon-borne instruments, developed by scientists at Washington University, NASA Goddard, Caltech and others over the past three decades, with the Penn State contingent invited to participate in the next phase of the science program. 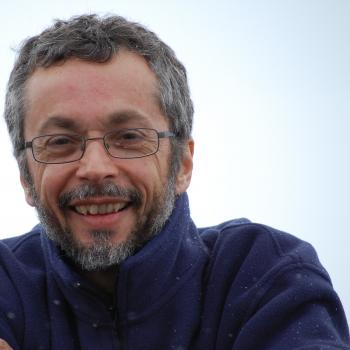 “We are excited to join old friends from the cosmic-ray ballooning community in investigating the rare but fascinating ultra-heavy cosmic rays,” said Stephane Coutu, professor of physics and of astronomy and astrophysics and the Penn State lead investigator for the TIGERISS program. “The origin of the heavy elements of the periodic table, such as the gold you might wear around your neck or finger, ultimately links back to intriguing, violent and exotic astrophysical phenomena.”

Other Penn State team members include physics research professors Samuel Isaac Mognet and Tyler Anderson. Together the Penn State team has decades of experience successfully developing detector elements for space-rated instruments flown on high-altitude balloons or to the ISS where TIGERISS will be deployed in a few years.

All stars exist in a delicate balance; they need to put out enough energy to counteract their own gravity. That energy comes from fusing elements together to make heavier ones, including carbon, nitrogen and oxygen, which are important for life as we know it. But once a giant star tries to fuse iron atoms, the reaction doesn’t generate enough power to fight the pressure, and the star collapses. In a violent stellar collapse known as a supernova, shock waves cast out heavy elements that had been made in the star’s core. Swept out and mixed with interstellar material, these heavy elements are accelerated to nearly the speed of light as “cosmic rays.”

“We can find signatures of different sources in our cosmic-ray elemental abundance measurements,” said Brian Rauch, research associate professor of physics at Washington University in St. Louis and principal investigator of the TIGERISS program. “We do this using our instrument, TIGERISS, and models of nucleosynthetic production. With these tools and the benefit of other multi-messenger astronomical observations, we can build a much more compelling picture of the origins of heavy elements.”

But supernova collapse is not the only way heavy atoms can form. When a super-dense remnant of a supernova called a neutron star collides with another neutron star, that cataclysmic event can also create heavy elements.

So how much do supernovae and neutron star mergers each contribute to making heavy elements? “That is the most interesting question we can hope to address,” Rauch said.

TIGERISS won’t be able to point out particular supernovae or neutron star collisions, but it will add context about how fast-moving heavy elements behave.

Other observatories directly observe supernovae and neutron star collisions through other cosmic messengers, such as gamma rays, neutrinos, and gravitational waves, that result from such violent cosmic events and carry additional information about their sources. Coutu and others at Penn State developed the Astrophysical Multimessenger Observatory Network (AMON) to enable new astrophysical discoveries by combining observations of multiple types of messengers from operating telescopes and particle astrophysics observatories around the world.

“TIGERISS will add to the new multimessenger paradigm in astrophysics,” said Coutu.

TIGERISS will also be able to contribute information on the general abundance of cosmic rays, which pose a hazard to astronauts.

While the TIGER and SuperTIGER balloon flights clearly demonstrated the utility of the basic experimental approach, securing a spot on the International Space Station has many advantages over flying an instrument on a long-duration scientific balloon. Without the interference from Earth’s atmosphere, the new TIGERISS will be able to collect higher-resolution measurements, picking up more information about the origins of heavy elements than earlier scientists could with an instrument carried aloft by a balloon.

A perch on the space station will also allow for a larger physical experiment — 3.2 feet on a side — than could fit on a small satellite, increasing the potential size of the detector. And the experiment could last more than a year, compared to less than two months on a balloon flight. The research team plans to be able to measure individual elements as heavy as lead.

“Compared with its predecessors, TIGERISS will have a greatly improved capability to definitively identify ultra-heavy galactic cosmic ray nuclei,” Rauch said. “This has been demonstrated in component accelerator tests at CERN.”

TIGERISS joins four experiments in the Pioneers Program that are at a more advanced stage of development, including the PUEO program, which is led by the University of Chicago and includes Penn State researchers.