Professor of Physics and of Astronomy & Astrophysics 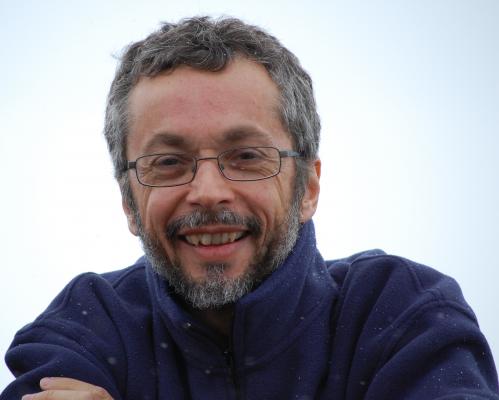 My research interests lie in the study of high-energy particles in the cosmic-ray flux, as windows on fundamental processes and laws governing the Universe. I am involved in a number of collaborative efforts, with colleagues at Penn State and elsewhere, in the following areas.

1. The properties of cosmic rays, namely their nuclear composition, origin, acceleration and propagation, are studied with a number of different approaches:

• Direct measurements are made with balloon-borne instruments (e.g., the HEAT, CREST, CREAM and HELIX payloads), or with a space-borne instrument (the ISS-CREAM payload, to be deployed on the Space Station in 2017).

Of interest are the relative proportions of various elements in the cosmic-ray flux (e.g., nuclei such as H, He, C, Fe, etc., and electrons, positrons and antiprotons), their differential energy spectra and arrival directions. All of these parameters can be used to infer possible creation/acceleration scenarios for these particles, and properties of their propagation through the Galaxy and beyond. We are planning a new study of isotopic abundances of cosmic-ray nuclei (e.g., 10Be/9Be) in a new energy regime (up to 10 GeV/n), which provides a complementary view of Galactic propagation (the HELIX project).

2. Particle physics candidates are sought for the dark matter that is known to dominate the mass of the Universe, but whose identity remains elusive. This is done by studying the antimatter content of the cosmic-ray flux: antimatter particles could be created in the annihilation of dark matter particles (such as supersymmetric Weakly Interacting, Massive Particles, or WIMPs). The HEAT instrument was used for these studies, and for a decade represented the state-of-the-art in cosmic positron and antiproton measurements (until the advent of the PAMELA and AMS space-borne instruments). Another approach is the study of neutrinos, which could reveal dark matter gravitationally accumulated at the core of the Sun. Such neutrinos are detected deep underground (e.g., with the MACRO instrument). Complementary neutrino studies come from measurements of atmospheric muons (e.g., with the HEAT balloon payload), whose production is closely coupled to that of neutrinos.

3. The highest energy particles in the Universe, at energies beyond 10^19 eV, are very rare and a complete puzzle, as there is no known mechanism that satisfactorily accounts for their existence. They can only be studied with sufficient statistics by huge detectors. With the Pierre Auger Observatory, such particles are measured with enough accuracy that important clues are obtained to help resolve the mystery of their origin. At these energies, particle deflections by magnetic fields may be small enough that for the first time particle astronomy becomes possible, and point sources of these objects can be identified. Of special interest is the possibility that the highest energy cosmic rays contain a neutrino, gamma ray or neutron component. By revealing them through the study of horizontal air showers (neutrinos), air showers with a different structure (gamma rays) or hadronic showers pointing to an excess from a Galactic source (neutrons), the Auger Observatory opens new frontiers.