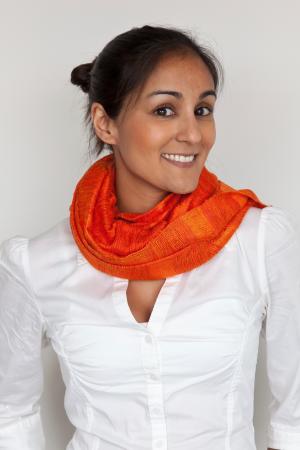 Nita Bharti, Lloyd Huck Early Career Professor and assistant professor of biology at Penn State, and her collaborator Anthony Robinson, associate professor of geography at Penn State, have been awarded seed funding from the Huck Institutes of the Life Sciences at Penn State to study how monitoring the movement of people can potentially be used as a predictor or early indicator of COVID-19 transmission and guide health policy decisions.

“We usually see about a two-week lag between when cases of COVID-19 are reported and when those cases were actually transmitted,” said Bharti. “Transmission pretty closely tracks with contact between people, which is reduced when people stay home during lockdowns and increases when people start moving around again after restrictions are relaxed. We are looking at ways to noninvasively monitor how much people are moving around as a way to estimate transmission of COVID-19, because if we wait until we see cases to respond, we will already be behind the pandemic.”

Bharti and Robinson plan to use passive satellite surveillance data that show changes in nighttime lights and in air pollution that are associated with the movement of people. The satellite data is collected continuously and stored allowing the research team to compare current levels of movement to movement during more restrictive phases of lockdown and even to previous years, when there were no pandemic-related behavioral interventions.

“We proposed to look at specific areas in China and Italy where there were really rapid responses and where we might see subsequent waves of cases,” said Bharti. “We also plan to look at South Korea where the response was very effective to see if people were returning to normal behavior or if they were maintaining reduced levels of contact.”

The team has also started to look more locally by monitoring movement using traffic cameras across Centre County through the different phases of local movement restrictions. They are investigating whether traffic volume—used as a measure of how much people are moving around—is correlated to changes in cases of COVID-19 appearing some weeks later. Unlike the satellite data, the traffic camera data is not archived, so the team cannot look back to before they started collecting the data to compare current patterns to previous levels of movement restriction or to previous years.

“In Centre County we can see that there was less movement during the governor’s red phase, slightly increased traffic in the yellow phase, and more again when we moved into the green phase,” said Robinson. “Even though we’ve been fortunate and we haven’t had that many cases here in Centre County yet, so far the movement data matches really well with case counts two weeks later. Throughout the summer, when we see a spike in the amount of traffic, we see a spike in cases.” 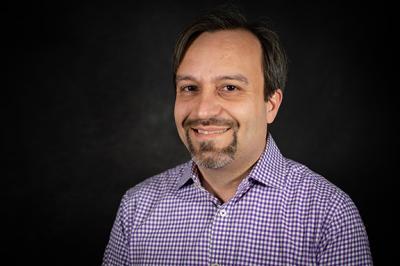 The ultimate goal is to be able to use the levels of movement of people as reflected in traffic data or satellite imagery as an indicator of levels of transmission. Public health policy could then be adjusted proactively before seeing an increase in cases and having to react retroactively.

“We first need to calibrate levels of traffic, light, or pollution with level of contacts and understand what that means for transmission,” said Bharti. “Given the incubation period of the virus and the delayed onset of symptoms, reported cases are necessarily delayed. If we can ‘see transmission’ using movement as a proxy, we might be able to buy that time back.”

The local study could also help the researchers to better understand the impact that students returning to college towns have on COVID-19 transmission.

“We have an unusual situation here where a large portion of the population left when the University was shut down in March and they are now returning,” said Robinson. “We are simultaneously ramping up the population density and the amount that people will be moving around. The University is a hub of connectivity in the region. What we learn here could have relevance to other college towns as universities struggle to decide how best to move forward during the pandemic.”

About the Coronavirus Research Seed Fund:

On March 3, the Penn State Huck Institutes of the Life Sciences launched a rapid-response, internal call-for-proposals across the University to address the emerging COVID-19 outbreak, with support from the Materials Research Institute, Social Sciences Institute, Institutes for Energy and the Environment, and the Institute for Computational and Data Science.

Over the course of five weeks, units across Penn State stepped up to assist. To date, more than 135 faculty members in 48 research teams from across ten colleges at Penn State have been granted an overall $2.4 million in seed funding to initiate their vitally important work.