University names Louis A. Martarano 2019 Fundraising Volunteer of the Year 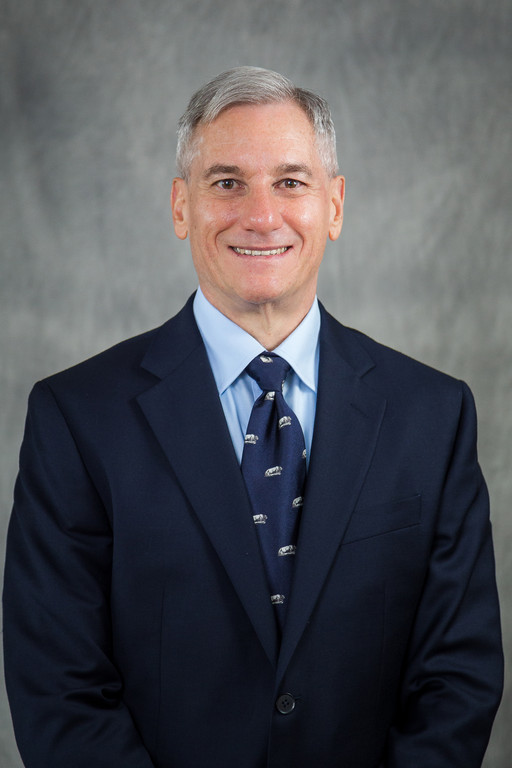 Penn State has named alumnus and longtime volunteer and philanthropist Louis A. Martarano as its 2019 Fundraising Volunteer of the Year. The award, which recognizes an individual, couple or group who has demonstrated exceptional commitment and leadership in building philanthropic support for the University, was presented to Martarano at a ceremony held at The Nittany Lion Inn on Oct. 4.

“This award recognizes Lou’s enduring leadership, invaluable guidance, boundless energy and deep Penn State pride,” said Rick Sokolov, chair of Penn State’s current fundraising campaign, “A Greater Penn State for 21st Century Excellence.” “Lou is one of a small number of distinguished volunteers who have participated in the last three Penn State campaigns, and he is continuing to guide the success of the Eberly College of Science as a member of its ‘Greater Penn State’ campaign committee.”

University-wide, Martarano led the New York Region efforts of Penn State’s “Grand Destiny” campaign, which ended in 2003, and served as a member of the National Council on Penn State Philanthropy and the LGBTQA Student Resource Center Alumni Board. Martarano has been a member and chair of the Palmer Museum of Art Advisory Board, helping to build relationships between New York art collectors and museum staff. He has also participated as a Wall Street Initiative Volunteer Leader, drawing on his experience at Merrill Lynch and at his own successful company. Martarano received the Outstanding Science Alumni Award in 1998 and the Alumni Fellow Award in 2002.

"We are honored to have Lou Martarano as a leader of our community,” said Douglas Cavener, Verne M. Willaman Dean of the Eberly College of Science. “Lou’s commitment of time and talent has been as wide-ranging as his philanthropy. As a Penn State alumnus, Lou is an inspiring example of how our students can have a positive impact in Pennsylvania and beyond — and through his leadership, he continues to shape our students’ lives, long after they have left our campus.”

In addition to inspiring significant support from fellow Penn Staters, Martarano has led by example with gifts of his own, including the Eberly College of Science “Grand Destiny” Campaign Committee Trustee Scholarship and the Angelo L. Martarano Open Doors Scholarship. He has also enabled students to have a better and fuller Penn State experience through his support for the LGBTA Student Support Fund, the Louis A. Martarano Endowment for Education Abroad, and the Martarano Global Travel Program. He has supported faculty achievement through the Louis Martarano Career Development Professorship, and he has provided naming support for the Martarano Family Lobby in Chemistry and, in the Ritenour Building, the Student Advising Reception Area, in Memory of Catherine Spiotto Martarano, his mother.

These gifts, as well as his support for the Palmer Museum of Art and other areas, have placed Martarano in the Laurel Circle of the Mount Nittany Society, the highest honor for Penn State donors.

“I know how hard our countless volunteers work because of our love of Penn State,” said Martarano. “To be part of this community is inspiring and speaks to my heart. I am truly honored to be acknowledged in this meaningful way.”

Lou Martarano’s volunteer leadership is advancing "A Greater Penn State for 21st Century Excellence," a focused campaign that seeks to elevate Penn State’s position as a leading public university in a world defined by rapid change and global connections. With the support of alumni and friends, “A Greater Penn State” seeks to fulfill the three key imperatives of a 21-century public university: keeping the doors to higher education open to hard-working students regardless of financial well-being; creating transformative experiences that go beyond the classroom; and impacting the world by fueling discovery, innovation and entrepreneurship. To learn more about “A Greater Penn State for 21st Century Excellence,” visit http://greaterpennstate.psu.edu.