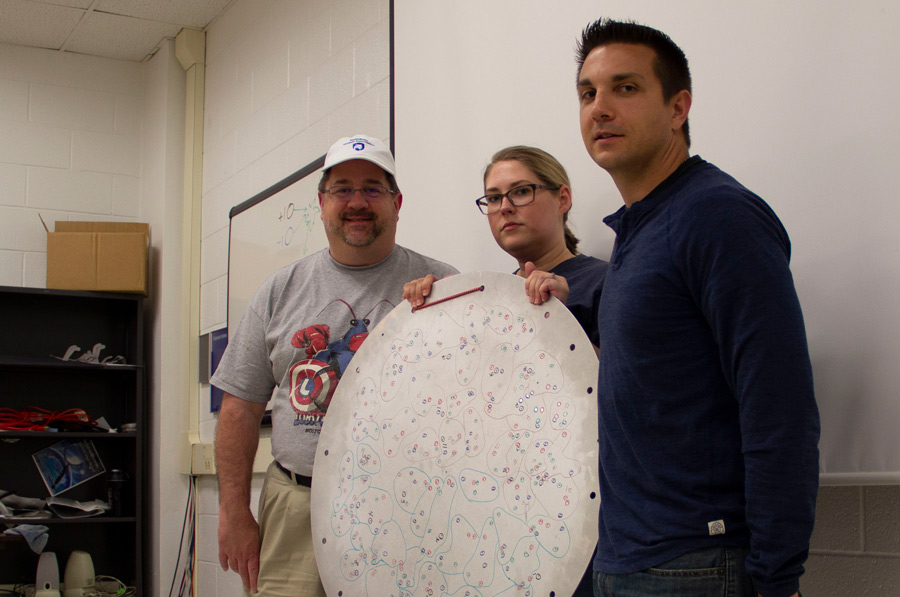 Sharing knowledge about science with the public is part and parcel of the culture that exists within Penn State's research community. A notable example of this is in the Department of Astronomy andAstrophysics, where they either host or participate in stargazing, planetarium shows, outreach to local schools, and the ever-popular summer event AstroFest.

The ultimate objective of these astronomy-based outreach efforts is to capture the attention of and motivate aspiring astronomers and physicists to pursue careers in the physical sciences, as well as to educate young Pennsylvania citizens more generally about amazing advances in astronomy. One such effort that exemplifies the culture of the department is a series of summer programs for middle school and high school teachers called the Penn State In-Service Workshops in Astronomy (PSIWA).

“Reaching out to secondary school teachers is second nature in our department,” said Chris Palma, teaching professor of astronomy and astrophysics.“We are enthusiastic about our field, but we also probably had that one teacher who inspired us or opened the door to astronomy to us. Our motivation is to give teachers the tools to open doors to even more students.”

The five-day workshop, co-taught by Palma and Niel Brandt, professor of astronomy and astrophysics, is held annually at the University Park campus and teaches groups of 10to 20 devoted high school instructors about esoteric astronomical subjects, including the origins of the cosmos and how black holes and gravity interact with the universe.

“There are no advanced placement exams in astronomy,” noted Brandt. “A high school student who wants to pursue astronomy has to be self-motivated or have a teacher who can push them in the right direction.”

“It’s not often that a physical science teacher at the secondary level has an extensive background in astronomy. They can’t really, since they have to teach all of physical science, and astronomy may only occupy a few weeks in the academic year,” said Brandt. “But we aim to supplement their knowledge with some of the really exciting things so they can transfer that on to their students, and we show them the essential connections between astronomy and physics more generally.”

Because each of these instructors will teach hundreds of Pennsylvania students across the state incoming years, this is a high-leverage approach for improving astronomical understanding among the state’s schoolchildren.

Lenny Barsody, a teacher from Clearfield who attended the summer 2019 in-service workshop, concurred. “You get knowledge beyond the textbook that you can use to point motivated students in the right direction,” he said.

Some of the knowledge shared during Brandt’s dark-matter lecture included the rotation speed of our galaxy and the fact that dark matter helps keep objects in a galaxy, even those far away from the center, in rotation.

“You learn a lot in the lectures, but you also learn about activities that you can use in the classroom,” said Keith Saroka, a teacher from Montgomery County.

Those activities are a collaborative effort between Palma and Glenn Goldsborough, a physical sciences teacher at Pennsbury High School in Fallsington, Pennsylvania, who has participated in the production and instruction of the workshops for many years.

“We create and share interesting activities that teachers can incorporate into their classrooms, but we also give these teachers other resources that they can offer those students who want to know more,”said Goldsborough. “And, of course, we point them in the direction of Penn State, which is a fantastic astronomy resource right here in Pennsylvania.”

Although future teacher workshops are highly dependent upon ever-declining grant funding for outreach, typically from the National Science Foundation and NASA, the Department of Astronomy and Astrophysics is optimistic that they will continue to offer these and other outreach activities.