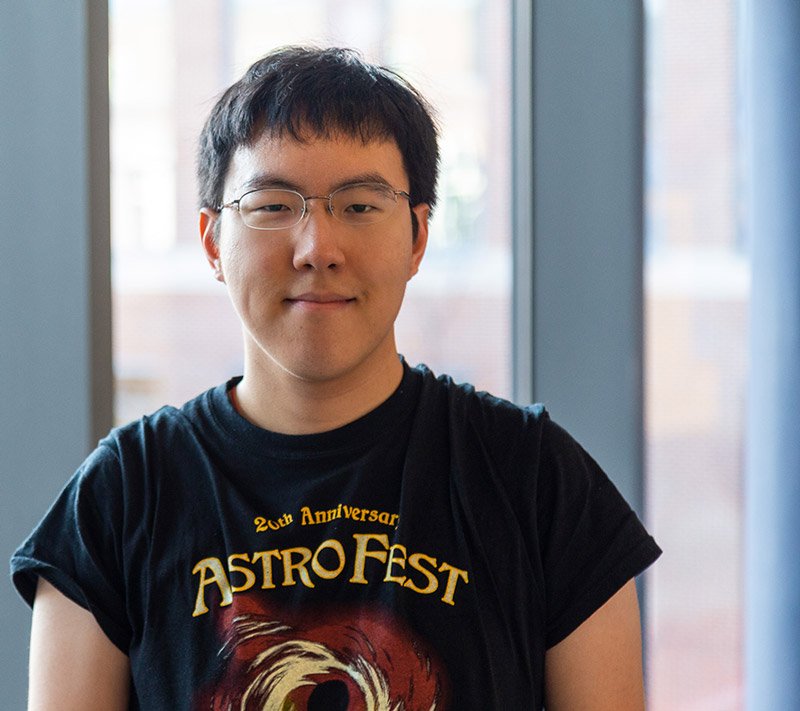 In his own words, Danley Hsu has taken a varied path through astronomy. After studying X-ray binaries as an undergrad at the University of Virginia, he moved on to Penn State for graduate school, only to find that the funding in his chosen field of research had all but dried up. Fortunately, his experience with computer programming opened up another avenue, working with exoplanet scientist Eric Ford.

"When I came to Penn State, I originally thought I was going to do research in computational high-energy astrophysics," Hsu says. "Funny enough, the semester I was going to start, the professor who I wanted to work with didn't have any funding for me. I saw that Eric had put out an advertisement, looking for someone to do a piece of coding, and I thought 'Okay, sure. I'll do that.'"

Hsu had been coding since high school, with multiple languages under his belt, but to work with Ford he had to learn new techniques in astronomy and statistics—more or less from the ground up.

"Eric walked me through a lot of it, and he's been a huge help to my understanding of the statistical reasoning, the methods, what kind of ways you can do analysis," he says.

His main interest, Hsu adds, has always been data analysis, and so the chance to work with Ford, writing programs to analyze exoplanet data, was "a window of opportunity." The two have published a pair of papers together, with several more in the works.

Looking ahead to his career after grad school, Hsu has recently accepted a position with Johns Hopkins University's Applied Physics Lab, working as a data scientist.

"To me," he says, "the core appeal of being a data scientist is taking information that was hidden, but is still there, and making it not hidden—turning it into digestible form and presenting it to other people to let them make use of it."

Danley Hsu is a graduate student in astronomy and astrophysics at Penn State.