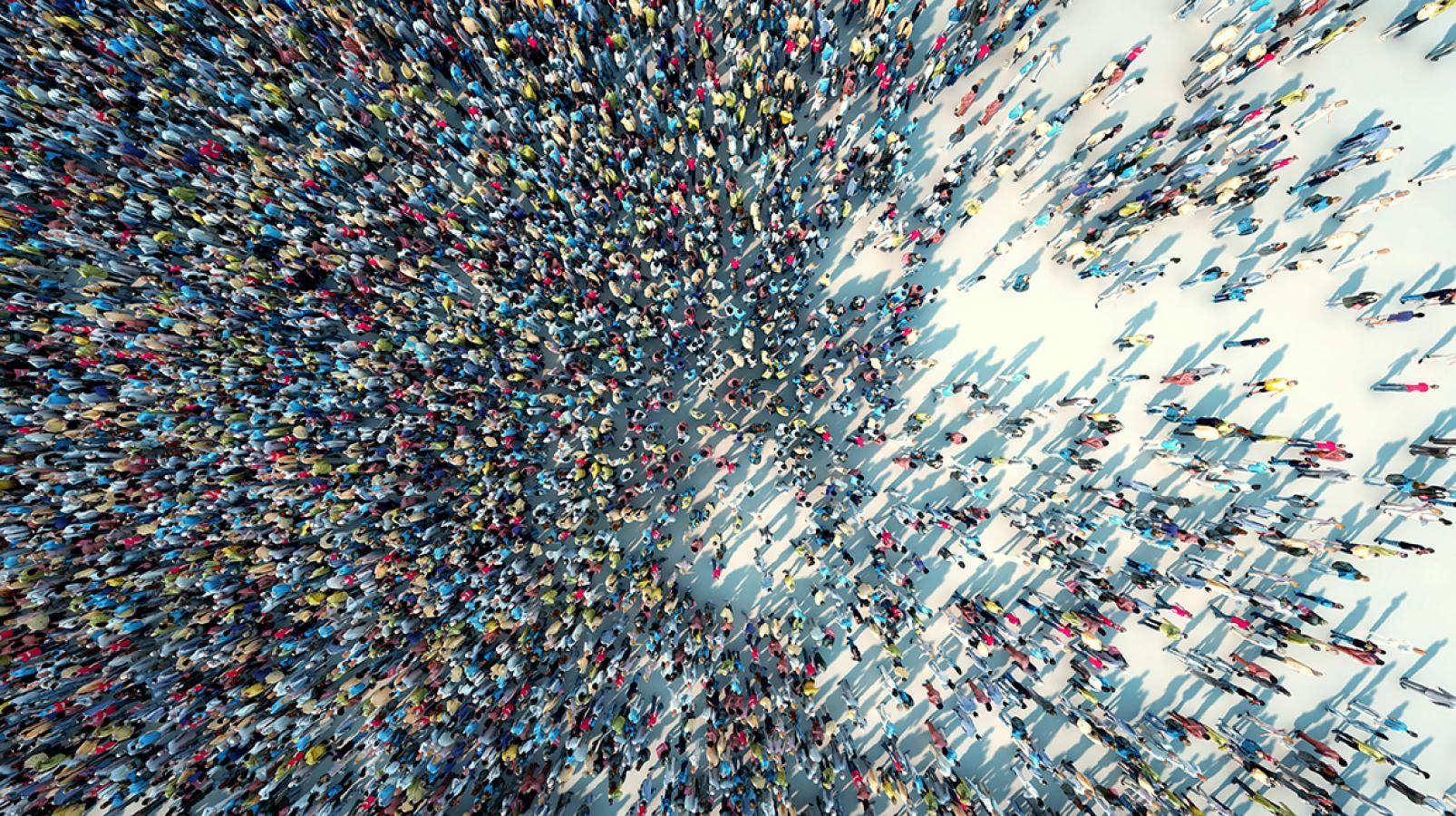 Moving faster in a crowd

Cell particles move more quickly through a crowded cellular environment when the crowding molecules are non-uniformly distributed. New research also shows that particle transport in crowded cells can actually be faster than movement in a non-crowded environment as long as the particles are moving from densely crowded areas to less crowded areas. Understanding the rate at which particles move in these environments can help researchers to better understand cellular processes that require multiple molecules to “find” each other in the crowded environment of the cell. A paper describing the research, by a team of Penn State scientists, appears online in the journal ACS Nano.

“Crowding is common in living systems at different length scales, from busy hallways down to dense cellular cytoplasm,” said Ayusman Sen, Verne M. Willaman Professor of Chemistry and Distinguished Professor of Chemistry and Chemical Engineering at Penn State and one of the leaders of the research team. “The insides of cells are very, very crowded with proteins, macromolecules and organelles. Molecules that are involved in chemical reactions required by the cell must be transported through this crowded, viscous environment to find their partner reagents. If the environment is uniformly crowded, movement slows, but we know that the inside of a cell is non-uniform; there are gradients of macromolecules and other species. So, we were interested in how these gradients would influence transport at the nanoscale.” 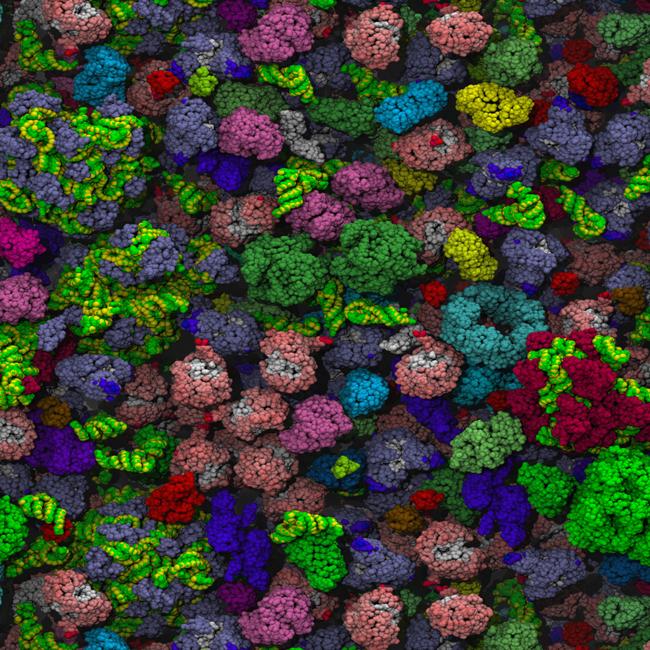 Molecular model of the crowded interior of a bacterial cell. New research shows that particles can move more quickly through crowds if the crowding molecules are non-uniformly distributed. Credti: Adrian H Elcock, CC BY 2.0 (https://creativecommons.org/licenses/by/2.0/legalcode)

The researchers compared the movement of various “tracer” colloids—insoluble particles suspended in a liquid—through different environments using microfluidics. A microfluidic device can be filled with different solutions in which the researchers establish gradients—from high to low—of “crowder” macro-molecules in the fluid. The tracers, which can be large or small, hard or soft and deformable, are fluorescently labeled allowing the researchers to track their movement with a confocal microscope.

“The soft, deformable tracers are better representatives of actual species moving around in cells,” said Matthew Collins, a graduate student in chemistry at Penn State and co-first author of the paper. “We think that they can move faster because, unlike hard particles, they can squeeze through tighter areas.”

“Our experiments and model not only show that molecules can move faster through gradients of macromolecular crowding, we think that these rates of movement may increase further inside actual living cells where other active moving molecules could increase the crowding pressure,” said Sen.