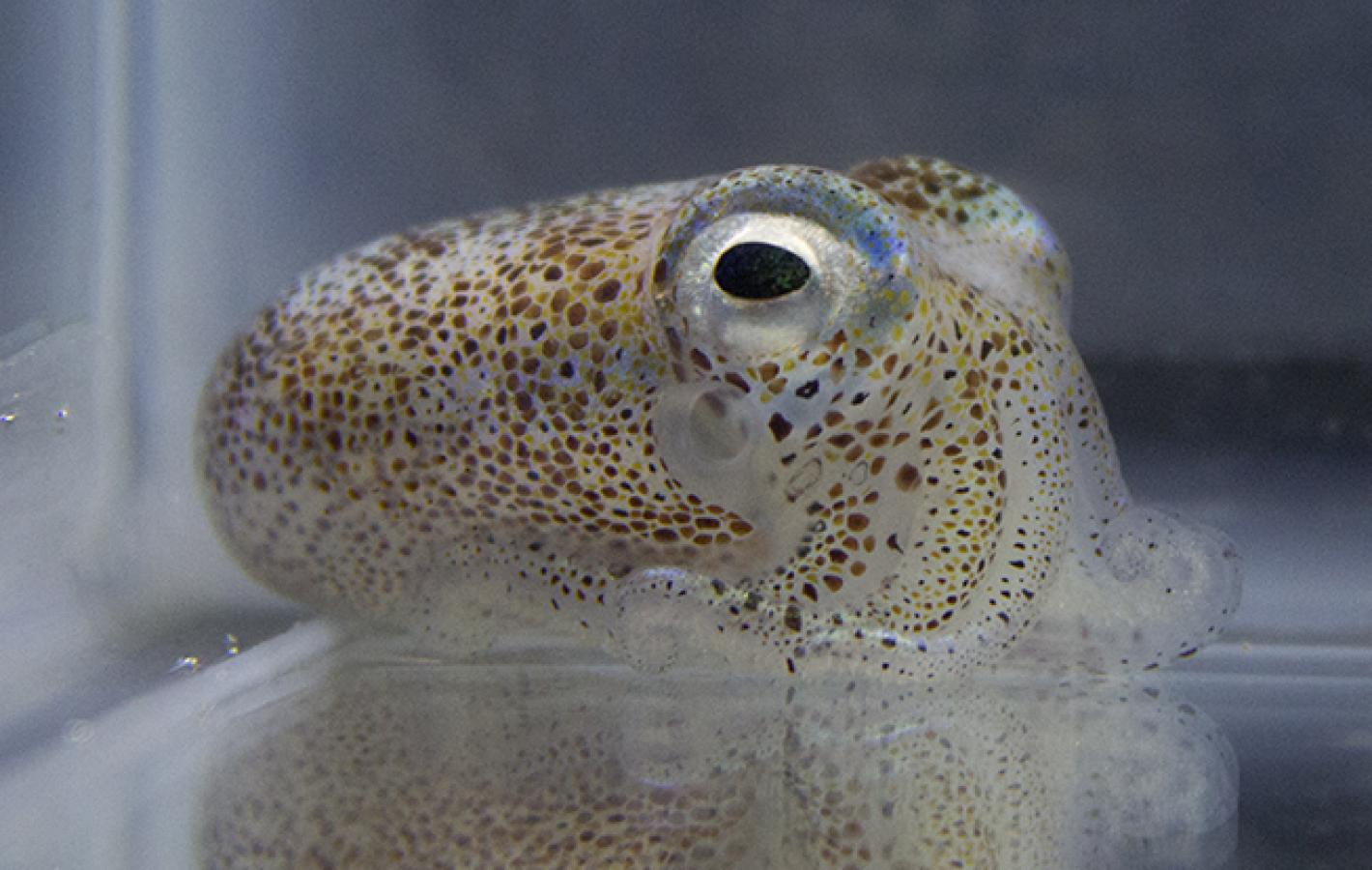 Genetic redundancy aids competition among bacteria in symbiosis with squid

The molecular mechanism used by many bacteria to kill neighboring cells has redundancy built into its genetic makeup, which could allow for the mechanism to be expressed in different environments. Some strains of luminescent bacteria that compete to colonize the light organs of the Hawaiian bobtail squid kill nearby cells of different bacterial strains using the “type VI secretion system (T6SS).” Researchers at Penn State and the University of Wisconsin-Madison have now shown that the genomes of these bacteria contain two copies of a gene required for T6SS and that the system still works when either copy of the gene is disabled, but not both.

A paper describing the research, which provides insight into the molecular mechanisms of competition among bacteria in a microbiome, appears online in the Journal of Bacteriology.

“Many organisms, including humans, acquire bacteria from their environment,” said Tim Miyashiro, assistant professor of biochemistry and molecular biology at Penn State and the leader of the research team. “These bacteria can contribute to functions within the host organism, like how our gut bacteria help us digest food. We are interested in the dynamic interactions among bacterial cells and between bacteria and their host to better understand these mutually beneficial symbiotic relationships.” 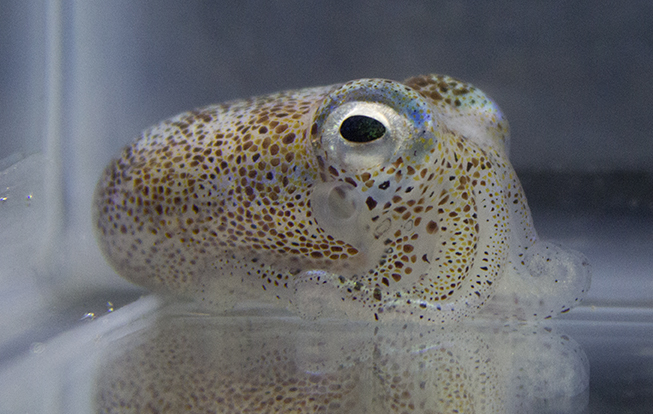 Cells of a bioluminescent species of marine bacteria, Vibrio fisheri, take up residence in the light organ of a newly hatched bobtail squid. At night, the bacteria produce a blue glow that researchers believe obscures the squid’s silhouette and helps protect it from predators. The light organ has pockets, or crypts, in the squid’s skin that provide nutrients and a safe environment for the bacteria.

“When the squid hatches, it doesn’t yet have any bacteria in its light organ,” said Miyashiro. “Bacteria in the environment quickly colonize the squid’s light organ. Each crypt can be occupied by several different strains initially. Some of these different bacterial strains can coexist, but others—bacteria that use the T6SS system—kill cells of other strains.”

In the lab, researchers can control which bacterial strains are present in the environment of the hatching squid and study their interactions. A strain of V. fisheri referred to as FQ-A001 uses the T6SS system. If this strain occupies a crypt with cells of a strain that doesn’t use the T6SS system, it can kill those cells and completely take over the crypt. The T6SS system, which is encoded in the genome of many bacteria as a cluster of genes, works almost like a hypodermic needle that can inject toxins into neighboring cells. 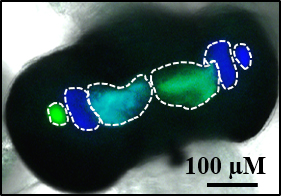 “We disabled a gene in the T6SS cluster called hcp to study its role in FQ-A001’s ability to kill other bacteria” said Miyashiro. “The hcp gene codes for a protein that makes up part of the structure of the T6SS system and also is one of the molecules secreted by the system to kill other cells. We were therefore surprised that the T6SS system still functioned in these bacteria.”

The researchers then located another copy of the hcp gene outside of the T6SS gene cluster in the genome of FQ-A001 that coded for an identical protein. Disabling this copy of the gene, called hcp1, also had no impact on the bacteria’s ability to kill other cells. But when the researchers disabled both copies of the hcp gene, the T6SS system could no longer function and the FQ-A001 bacteria could coexist with other strains in the light organ of a bobtail squid. The researchers could also rescue T6SS function by inducing Hcp expression in FQ-A001 bacteria with both of its natural copies of hcp disabled.

“The two copies of the hcp gene seem to be completely functionally redundant,” said Miyashiro. “Knowing this helps us better understand the molecular mechanisms that underlie the establishment of the symbiotic relationships between bacteria and their hosts.”

In addition to Miyashiro, the research team includes Kirsten R. Guckes, Andrew G. Cecere, Nathan P. Wasilko, and Amanda L. Williams at Penn State; and Katherine M. Bultman and Mark J. Mandel at the University of Wisconsin-Madison. The research was funded by the U.S. National Institutes of Health and the U.S. National Science Foundation.