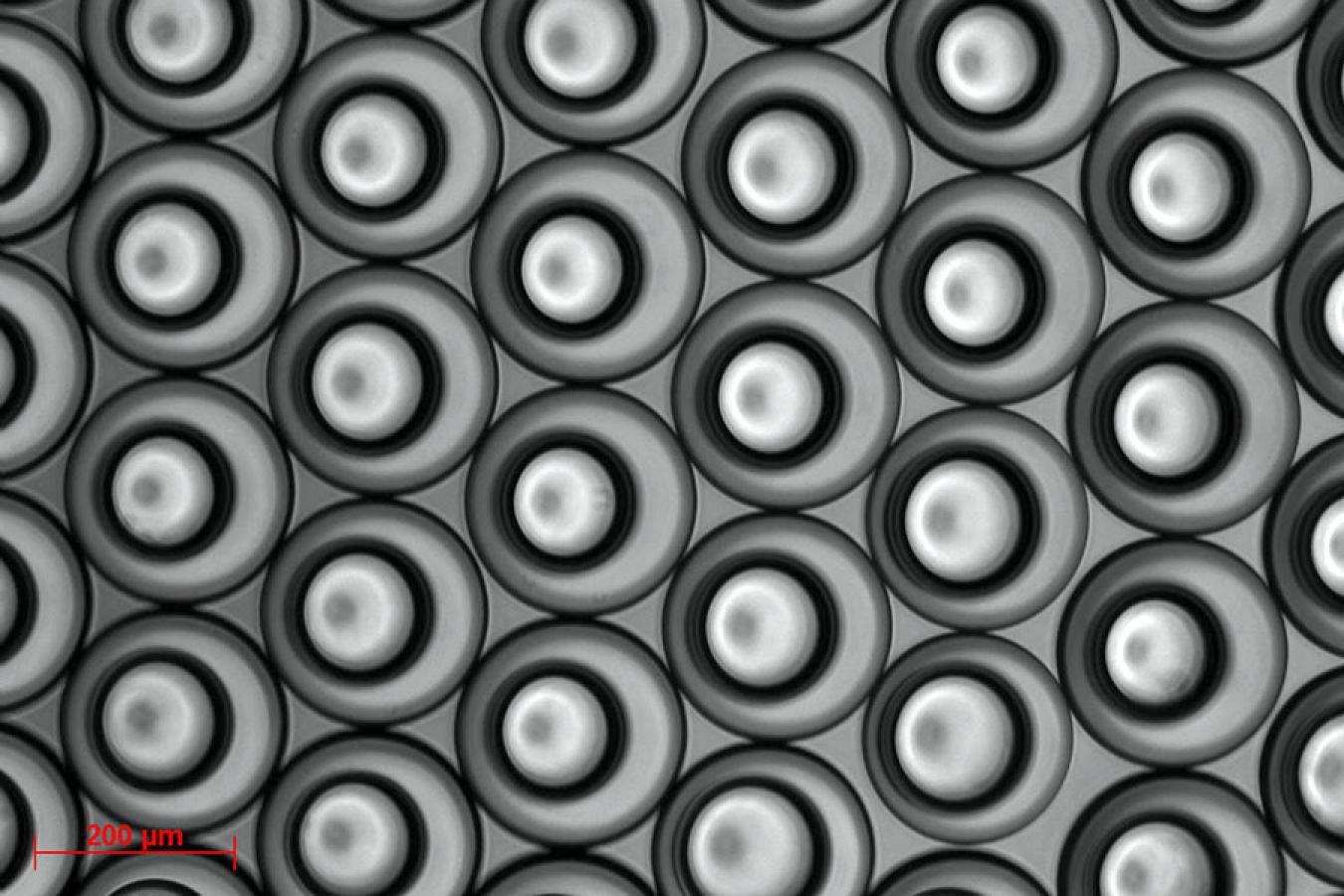 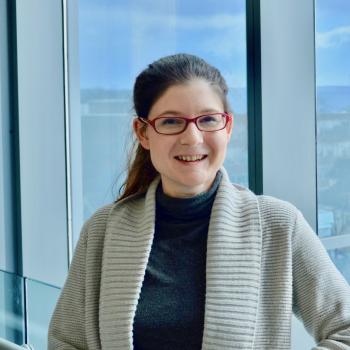 Lauren Zarzar, assistant professor of chemistry, has been selected as one of 18 Camille Dreyfus Teacher-Scholars for 2022 by the Camille and Henry Dreyfus Foundation. The award is presented to chemists that are within the first five years of their academic careers, have created an outstanding independent body of scholarship, and are deeply committed to education. Each Camille Dreyfus Teacher-Scholar receives an unrestricted research grant of $100,000.

“Lauren embodies characteristics recognized by the award in many ways, including her outstanding research, commitment to mentorship, and using the research experience to foster creativity and communication skills in her students,” said Phil Bevilicqua, head of the Department of Chemistry and Distinguished Professor of Chemistry and of Biochemistry and Molecular Biology.

Zarzar’s research focuses on developing dynamic materials that sense and adapt to their surroundings. A recent discovery—a previously unrecognized mechanism for generating structural iridescent color—was featured on the cover of the journal Nature. Based on this discovery, Zarzar co-founded the startup company Chromatir, which is developing methods to produce new kinds of color-shifting materials. Her research group has found ways to control complex fluids and emulsions to harness liquids as active materials. She also conducts research in laser writing and nanomaterials synthesis for catalysts and sensors.

Zarzar received a Faculty Early Career Development (CAREER) award from the National Science Foundation in 2021, and the Marion Milligan Mason Award for Women in the Chemical Sciences from the American Association for the Advancement of Science (AAAS), an Alfred P. Sloan Research Fellowship in chemistry, and a Young Investigator Research Program grant from the Air Force Office of Scientific Research in 2020. She was honored with the Rustum and Della Roy Innovation in Materials Research Award from the Penn State Materials Research Institute, a Packard Fellowship for Science and Engineering by the David and Lucile Packard Foundation, and was recognized as one of the Chemical & Engineering News (C&EN) Talented 12 in 2019. Her previous awards and honors include the Unilever Award from the Division of Colloid and Surface Chemistry of the American Chemical Society (ACS) in 2019; the Army Early Career Award for Scientists and Engineers (Army-ECASE), and the 3M Non-Tenured Faculty Award.

Prior to joining the faculty at Penn State, Zarzar was a postdoctoral researcher in chemistry at the Massachusetts Institute of Technology from 2013 to 2016. She earned a doctoral degree in chemistry at Harvard University in 2013 and bachelor's degrees in chemistry and in economics at the University of Pennsylvania in 2008.

The Camille and Henry Dreyfus Foundation is a leading non-profit organization devoted to the advancement of the chemical sciences. It was established in 1946 by chemist, inventor, and businessman Camille Dreyfus in honor of his brother Henry. The Foundation's purpose is "to advance the science of chemistry, chemical engineering, and related sciences as a means of improving human relations and circumstances around the world." For more information about the program and the Camille and Henry Dreyfus Foundation, visit the Foundation's website.