Vincent H. Crespi named a Fellow of the American Association for the Advancement of Science 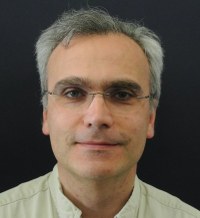 Vincent H. Crespi, distinguished professor of physics, materials science and engineering, and chemistry at Penn State, has been named a Fellow of the American Association for the Advancement of Science (AAAS), one of ten Eberly College of Science faculty members to receive the honor this year. Election as a Fellow is an honor bestowed by peers upon members of the AAAS, the world's largest general scientific society and the publisher of the journal Science. Crespi was selected for “distinguished contributions to the theoretical understanding of nanoscale materials, including carbon nanotubes and artificial spin ice.”

Crespi's research aims to develop a broad framework of knowledge in the condensed-matter physics of materials and novel thread-like polymers. A critical aspect of his research strategy is close collaboration with experimentalists. Among the applications he is interested in are nanomaterials and nanochemistry based on one-dimensional carbon nanothreads and two-dimensional atomically thin sheets of atoms, both semiconducting and metallic. He is studying their synthesis, chemical and physical properties, and electronic structures.