Two Penn State physicists elected as Fellows of the APS

Penn State Professors of Physics Radu Roiban and Zoltan Fodor have been elected as Fellows of the American Physical Society (APS), the world’s largest organization dedicated to physics. The APS Fellowship Program recognizes members who have made advances in knowledge through original research and publication, have made significant and innovative contributions in the application of physics to science and technology, or who have made significant contributions to the teaching of physics or to service opportunities and activities of the society. Each year the society elects no more than one-half of one percent of its then-current membership to the status of Fellow in the American Physical Society.

“I’m delighted and honored to belong to a department with faculty members like Radu and Zoltan who continue to excel as scholars,” said Nitin Samarth, George A. and Margaret M. Downsbrough Department Head and Professor of Physics. “They’ve made truly significant advances in our fundamental understanding of our universe and this is well-deserved recognition of their scientific achievements.” 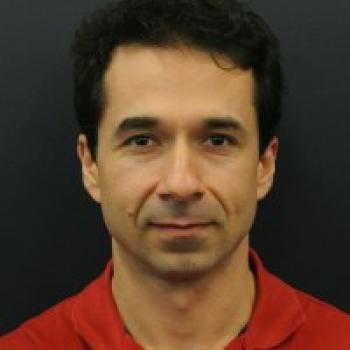 Roiban studies quantum field theory and string theory; his research includes developing novel techniques to study the implications of each theory in relation to the other and help address fundamental questions such as the existence of infinities in quantum field theory descriptions of gravity or the possibility of constructing exact quantum mechanical solutions of special four-dimensional quantum field theories. He recently worked on interfacing this prime research areas in theoretical high-energy physics with cutting-edge research directions in other fields, such as gravitational-wave physics. The work may boost the ability of LIGO-Virgo-KAGRA collaboration to explore gravitational binary systems in our Universe and may one day lead to a better understanding of phenomena ranging from particle physics to quantum gravity to cosmological observations and conjectures about the history of the universe.

Roiban was also awarded an Alfred P. Sloan Research Fellowship in 2007 and the Outstanding Junior Investigator award of the Department of Energy in 2008.

Prior to joining the faculty at Penn State, Roiban earned a master’s degree at the Université du Québec à Montréal, in 1997, and a doctoral degree at the C.N. Yang Institute for Theoretical Physics, SUNY Stony Brook, in 2001. He held postdoctoral fellowships at the University of California at Santa Barbara and Princeton University. 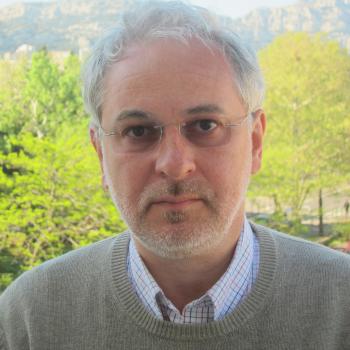 Fodor was elected for outstanding contributions to Quantum Chromodynamics (QCD) and its quantitative predictions, including the physics of the quark-gluon plasma and the QCD phase transition, precision determination of the hadronic mass spectrum, and the hadronic contribution to the g-2 anomalous magnetic moment of the muon.

Fodor is theoretical particle physicist, best known for his works in lattice QCD by numerically solving the theory of the strong interactions. Since 2005, he has been the spokesperson of the Budapest-Marseille-Wuppertal Collaboration focusing on QCD phenomena at vanishing temperature. In 2008, they determined the light hadron spectrum, which explains the mass of the visible universe. In 2015, they calculated the mass difference between the neutron and the proton, which is responsible in part for the existence of atoms, as we know them, and for the ignition of stars. In 2021, they determined the anomalous magnetic dipole moment of the muon—a sub-atomic particle similar to, but heavier than, an electron. This quantity is widely believed to indicate new physics beyond the Standard Model, however, the Budapest-Marseille-Wuppertal Collaboration obtained a theory-based result that agreed more with the experimental.

Prior to joining the faculty at Penn State in 2020, Fodor was appointed to be a professor the University of Wuppertal, Germany, and at the Lorand Eotvos University, Budapest, Hungary. He was a postdoctoral fellow at German Electron Synchrotron (DESY) in Hamburg, Germany; the European Organization for Nuclear Research (CERN) in Geneva, Switzerland; and the High Energy Accelerator Research Organization (KEK) in Tsukuba, Japan. He earned a doctoral degree at Eotvos Lorand University in Budapest, Hungary, in 1990.

Fodor’s previous awards and honors include being elected a Fellow of the European Physical Society in 2011 and an Honorary Member of the Hungarian Academy of Sciences in 2010. His research has been featured as a Top 10 Breakthroughs of the Year in 2008 for determining the Hadron Spectrum and in 2021 for the magnetic moment of the muon. He was awarded the Computerworld Award in 2000 and the Prize of the Hungarian Academy of Sciences in 1998.