Penn State's Alex Wolszczan, the discoverer in 1992 of the first planets ever found outside our solar system, now has discovered with Caltech's Maciej Konacki, in that same far-away planetary system, the smallest planet yet detected outside our own solar system. Immersed in an extended cloud of ionized gas, the new planet orbits a rapidly spinning neutron star called a pulsar. The discovery, to be announced during a press conference at a meeting concerning planetary formation and detection in Aspen, Colorado, on 7 February, yields an astonishingly complete description of the pulsar planetary system and confirms that it is remarkably like a half-size version of our own solar system — even though the star these planets orbit is quite different from our Sun.

"Despite the extreme conditions that must have existed at the time these planets were forming, Nature has managed to create a planetary system that looks like a scaled-down copy of our own inner solar system," Wolszczan reports. The star at the center of this system is a pulsar named PSR B1257+12 — the extremely dense and compact neutron star left over from a massive star that died in a violent explosion 1,500 light years away in the constellation Virgo. 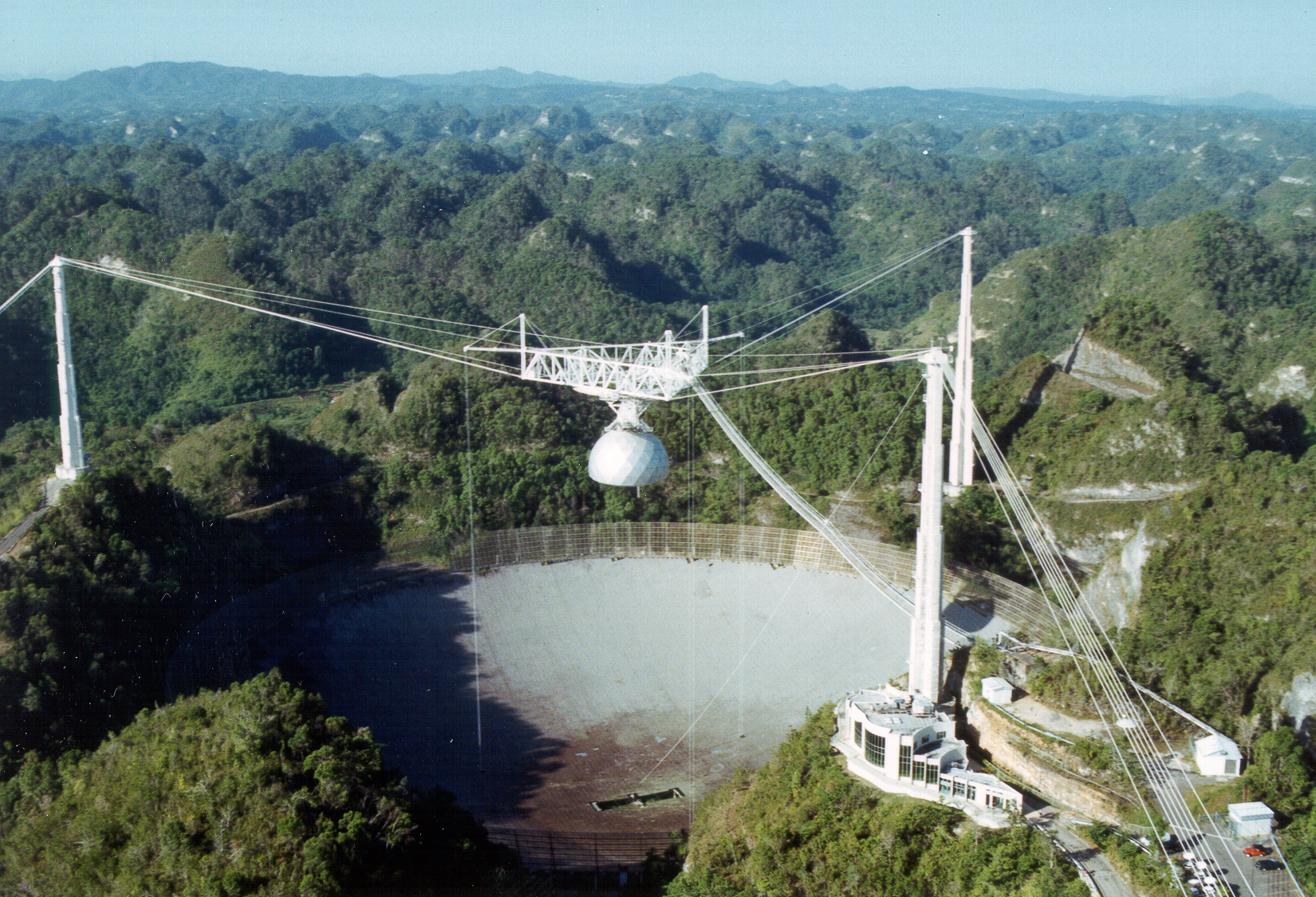 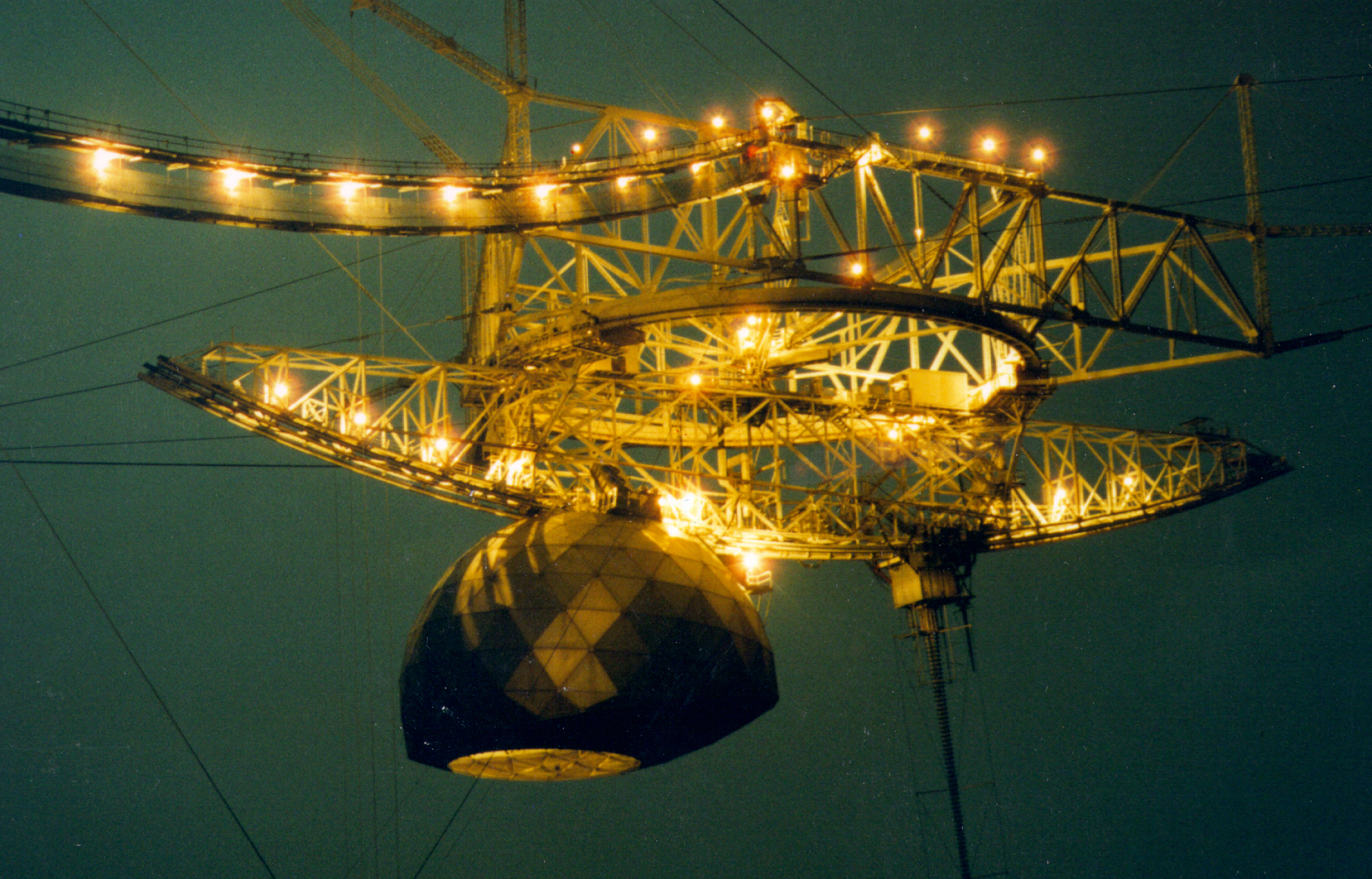 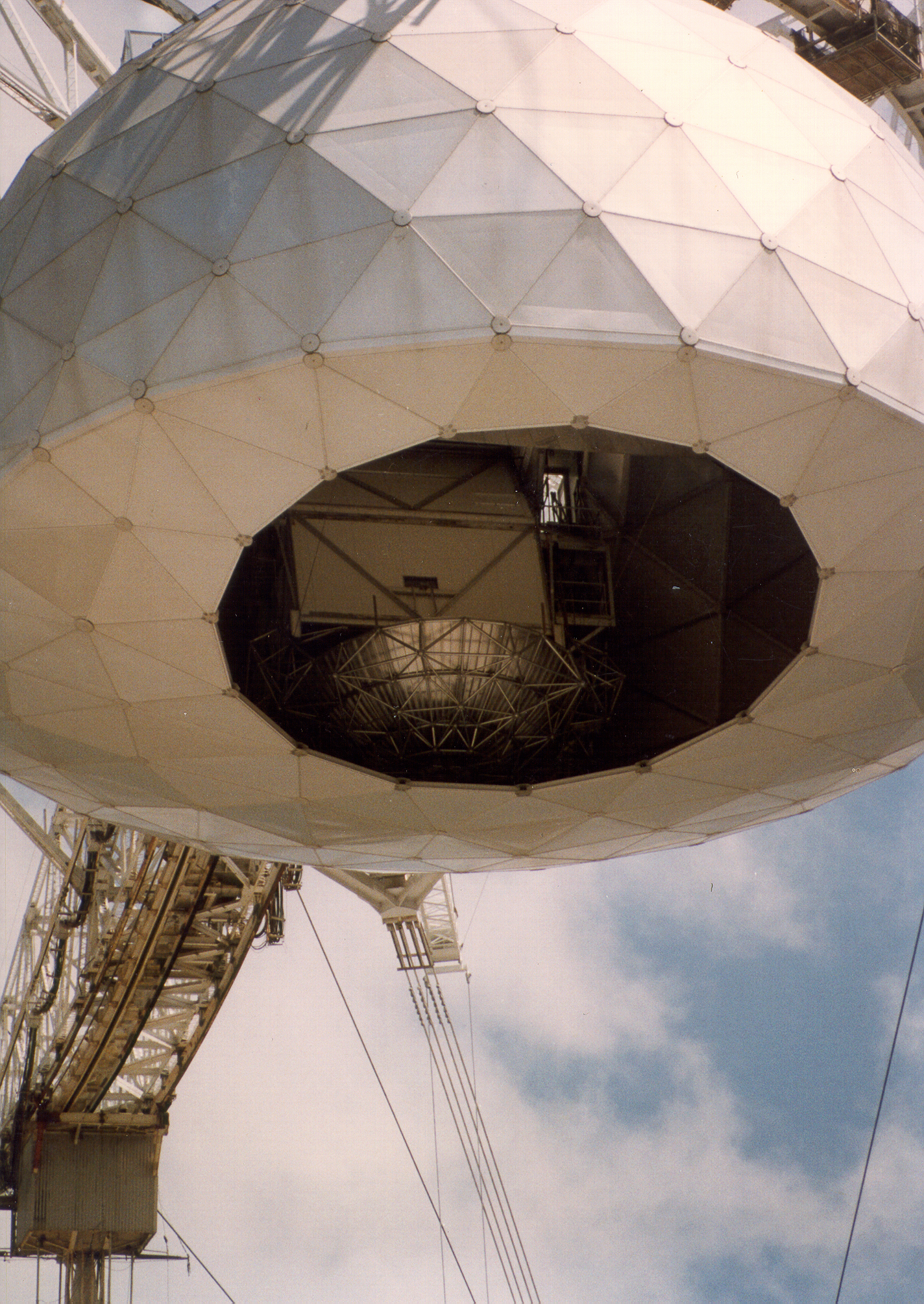 Alex Wolszczan leads a research team that uses the Arecibo radio telescope in Puerto Rico to study the first planets ever found outside our solar system, which he discovered with the instrument in 1992. In January 2005, he discovered, in that same far-away planetary system, the smallest planet ever detected outside our own solar system.

All photos courtesy of the NAIC - Arecibo Observatory, a facility of the NSF.

Wolszczan and his colleagues earlier had discovered three terrestrial planets around the pulsar, with their orbits in an almost exact proportion to the spacings between Mercury, Venus, and Earth. The newly discovered fourth planet has an orbit approximately six times larger than that of the third planet in the system, which Konacki says is amazingly close to the average distance from our Sun to our solar system's asteroid belt, located between the orbits of Mars and Jupiter.

"Because our observations practically rule out a possible presence of an even more distant, massive planet or planets around the pulsar, it is quite possible that the tiny fourth planet is the largest member of a cloud of interplanetary debris at the outer edge of the pulsar's planetary system, a remnant of the original protoplanetary disk that created the three inner planets," Wolszczan explains. The small planet, about one-fifth of the mass of Pluto, may occupy the same outer-boundary position in its planetary system as Pluto does in our solar system. "Surprisingly, the planetary system around this pulsar resembles our own solar system more than any extrasolar planetary system discovered around a Sun-like star," Konacki says.

Fifteen years ago, before Wolszczan's discovery of the first extrasolar planets, astronomers did not seriously entertain the idea that planets could survive around pulsars because they would have been blasted with the unimaginable force of the radiation and remnants of their exploding parent star. Since then, Wolszczan, Konacki, and colleagues have gradually been unraveling the mysteries of this system of pulsar planets, using the Arecibo radio telescope in Puerto Rico to collect and analyze pulsar-timing data. "We feel now, with this discovery, that the basic inventory of this planetary system has been completed," Wolszczan says.

These discoveries have been possible because pulsars, especially those with the fastest spin, behave like very accurate clocks. "The stability of the repetition rate of the pulsar pulses compares favorably with the precision of the best atomic clocks constructed by humans," Konacki explains. Measurements of the pulse arrival times, called pulsar timing, give astronomers an extremely precise method for studying the physics of pulsars and for detecting the phenomena that occur in a pulsar's environment.

"A pulsar wobble due to orbiting planets manifests itself by variations in the pulse arrival times, just like a stellar wobble is detectable with the well-known Doppler effect so successfully used by optical astronomers to identify planets around nearby stars by the shifts of their spectral lines," Wolszczan explains. "An important advantage of the fantastic stability of the pulsar clocks, which achieve precisions better than one millionth of a second, is that this method allows us to detect planets with masses all the way down to those of large asteroids."

The very existence of the pulsar planets may represent convincing evidence that Earth-mass planets form just as easily as do the gas giants that are known to exist around more than 5 percent of the nearby Sun-like stars. However, Wolszczan says, "the message carried by the pulsar planets may equally well be that the formation of Earth-like planets requires special conditions, making such planets a rarity. For example, there is growing evidence that a nearby supernova explosion may have played an important role in our solar system's formation." Future space observatories, including the Kepler and the Space Interferometry Missions, and the Terrestrial Planet Finder, will play a decisive role in making a distinction between these fundamental alternatives.