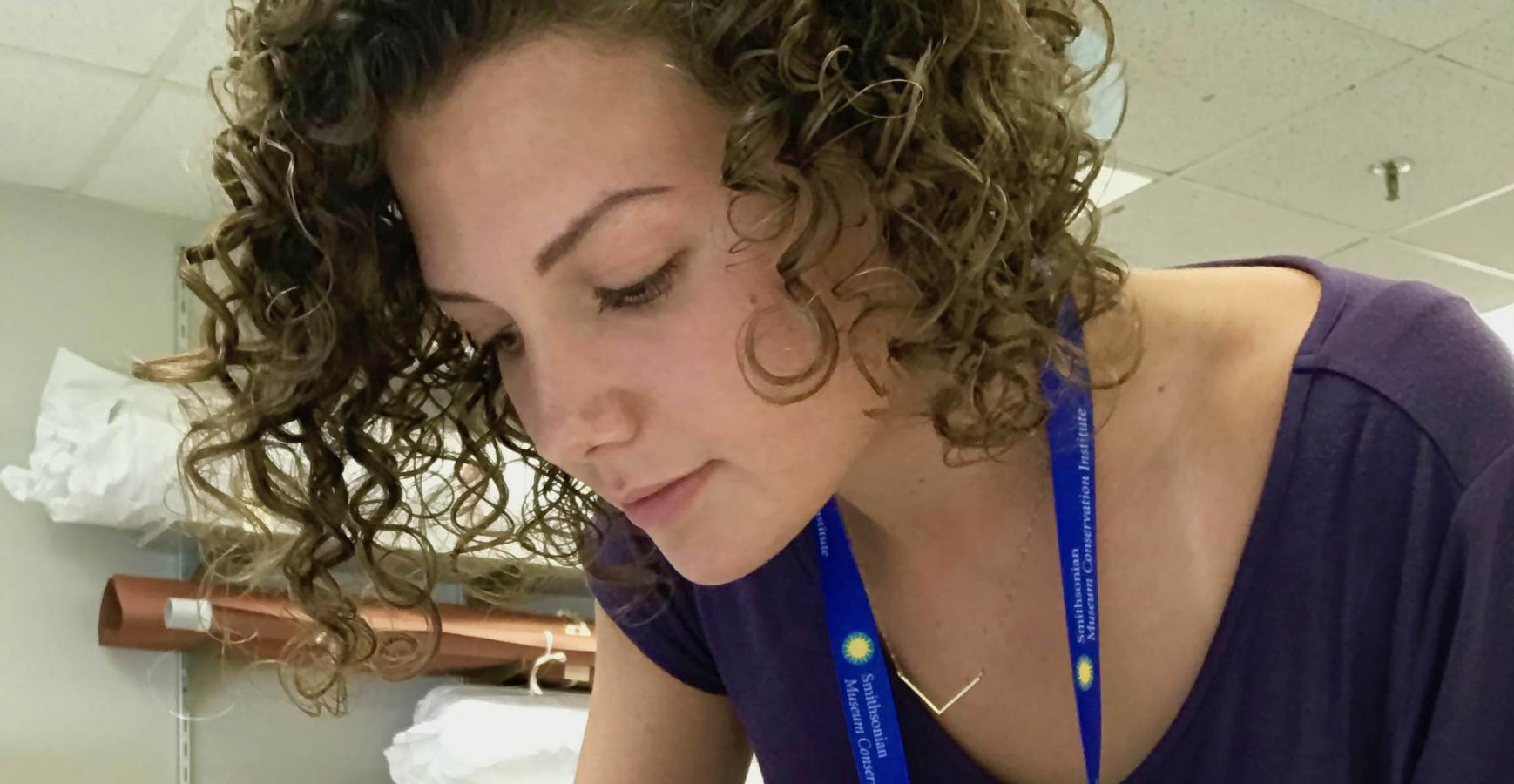 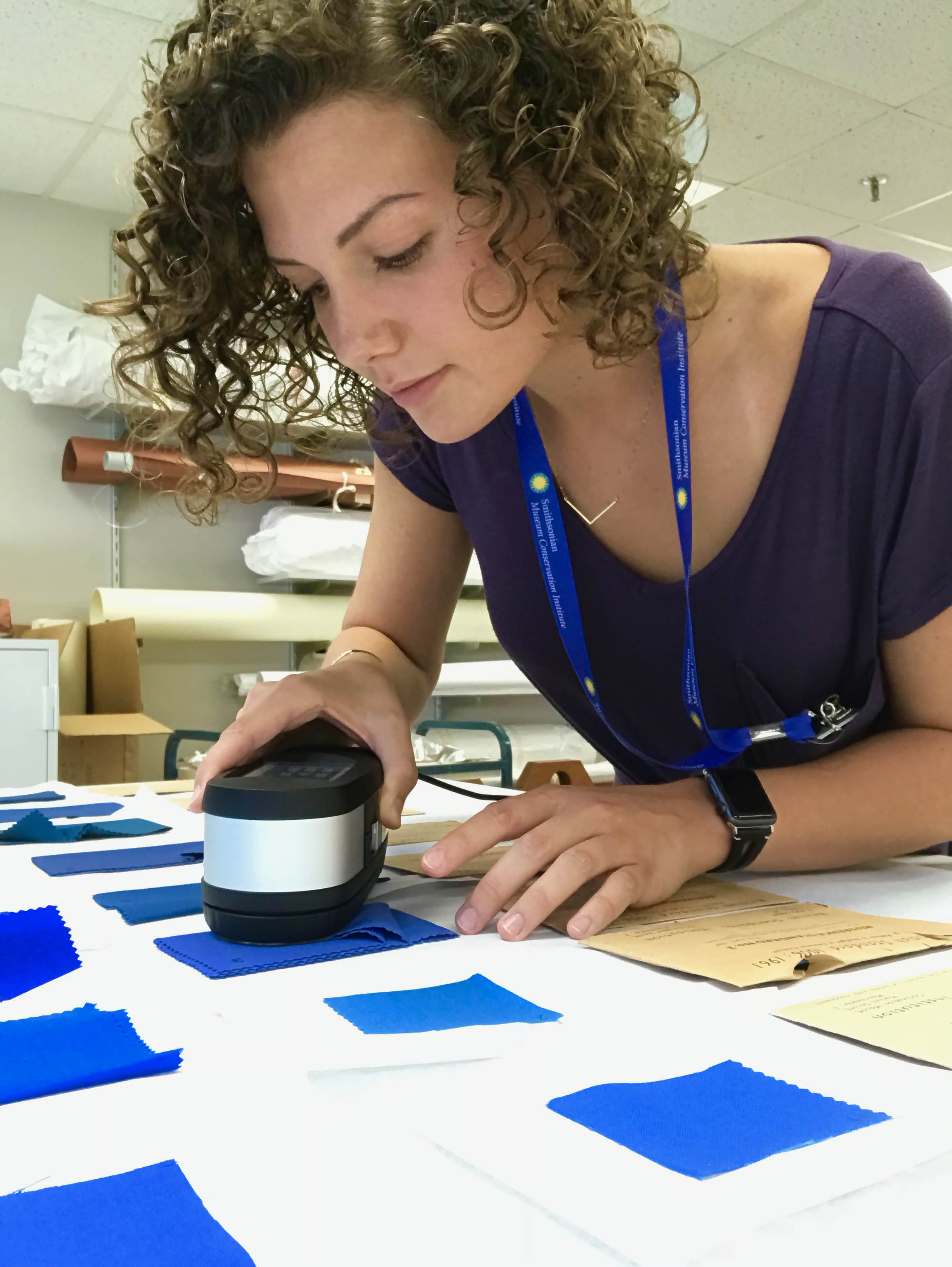 Olivia Kuzio—who earned her BS in chemistry in 2017—didn’t start her undergraduate degree at Penn State. “I chose to transfer to Penn State halfway through my freshman year at another university, where I was having a tough time feeling like I was just a number,” she explains. As it turned out, coming to Penn State was one of the best decisions she ever made.

During her first year as an undergraduate, Kuzio took an elective that changed her way of looking at the world—literally. “I took an art history elective and fell in love with the subject,” Kuzio explains, “because I knew I still wanted to continue pursuing my degree in chemistry, I was determined to find a way to study the intersection of science and the arts.”

Fortunately, Kuzio found that the faculty of the Department of Chemistry at Penn State were ready and willing to support her goal. “The faculty are accessible and happy to support diverse interests,” says Kuzio, “I found, especially, that their willingness to build collaborations across the university and beyond made virtually any endeavor, whether academic or research related, attainable and exciting.”

Thanks to her knowledgeable advisors, Kuzio was able to get involved in research projects across the University, including in the Department of Food Science, and the Preservation, Conservation, and Digitization Department of the University libraries. Kuzio says that these projects helped her map out her post-graduation path. “It was through these experiences that I was able to...apply what I was learning in the classroom to problems that captured my interest, and to guide the development of my passion and define my direction for graduate studies,” she says.

Today, Kuzio is combining her passions for art and chemistry at the Rochester Institute of Technology, where she is pursuing a PhD in Color Science and an MS in Chemistry. Color science is a multidisciplinary field that investigates how color is created and perceived; it’s important in the manufacture of items like paints, plastics, textiles and cameras. It’s also applicable to conservation science, which attracted Kuzio’s interest. Her color research deals with scientific imaging of cultural heritage materials, like photographs and paintings.

Kuzio is currently a graduate research assistant under the supervision of Dr. Roy Berns in the Studio for Scientific Imaging and Archiving Cultural Heritage at RIT. She says that her work with the lab “has quite literally offered me a new lens through which to approach the study of cultural heritage objects.” She is currently working on a project that focuses on total appearance imaging of paintings for the capture of color, spectral, texture, and shape information.

She put her research into action last summer with an internship at the Smithsonian Museum Conservation Institute, where she studied the fading kinetics of the dyes in chromogenic photographs. Kuzio helped develop a method for correlating the color change observed under museum gallery lighting versus under an accelerated fading technique called “microfadeometry.” “Photographic prints in general are light sensitive materials,” she explains, “so it's important to quantify and understand the limits of light exposure that they can withstand before noticeable fading and other color changes can occur.”

Kuzio says that her work exemplifies why she became interested in combining art and science to begin with. “I have realized… [why] I was drawn to conservation science in the first place,” she explains, “the beauty of the objects and the utility of what we can learn from them.”

Kuzio’s time at Penn State formed the academic foundation for the work she’s doing now, but it wasn’t the only thing she took away from her time at Penn State. Kuzio developed friendships and relationships that will last a lifetime. “There was an all-in-this-together attitude in our classes and labs,” she says of her fellow chemistry majors, “It was really special to attend the department commencement celebration with the forty or so peers with whom I graduated, because it was especially evident then that we hadn’t just shared our academics—we’d grown together as colleagues and friends.”

In her free time, Kuzio enjoys running— a habit she picked up while attending Penn State. Kuzio says that running helps to relieve stress, and she tries to train for a few half marathons each year.