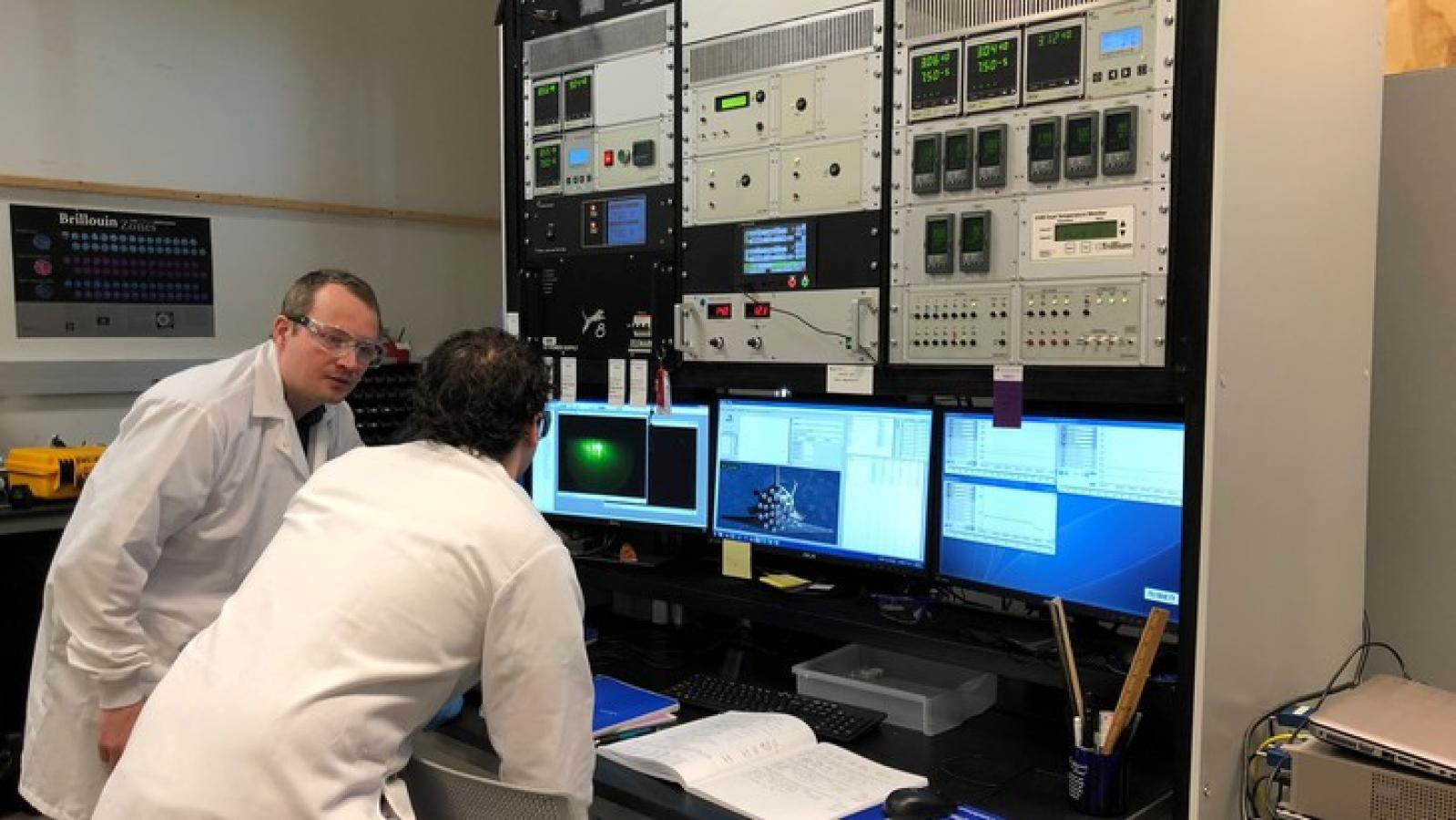 The National Science Foundation (NSF) announced a renewal of funding for the Materials Innovation Platform (MIP) national user facility at Penn State’s Materials Research Institute (MRI), the Two-Dimensional Crystal Consortium (2DCC). The 2DCC, which has many users from the Eberly College of Science, is one of four MIPs in the United States and was awarded $20.1 million over five years, an increase of 13% above the initial award in 2016.

MIPs are NSF facilities focused on a specific topic that are funded to stimulate materials research innovation and foster the growth of a national community of users to develop next-generation materials. These groups seek to substantially increase the rate at which new materials and new materials phenomena are discovered. The 2DCC at Penn State follows the “materials by design” concept, combining synthesis, characterization and theory/simulation applied to targeted outcomes to accelerate materials discovery.

The 2DCC received its first five years of funding in 2016, which was used to nucleate and grow the MIP by developing state-of-the-art equipment for thin film deposition with integrated characterization tools, establishing a bulk growth facility, developing new computational tools and a facility-wide database, and initiating an external user program. In 2020, the 2DCC underwent a renewal process for a second five years of funding.

"Over the past five years, the 2DCC has established itself as a premier facility for the synthesis of wafer-scale 2D films and bulk crystals with unique quantum properties,” said Joan Redwing, director of the 2DCC and synthesis lead, and professor of materials science and engineering and electrical engineering.

Two-dimensional (2D) materials are atomically thin layers that, due to the restricted electron and atom motion, have physical characteristics that are not present in three dimensions. The 2DCC focuses on the bulk and thin-film synthesis of 2D chalcogenides, i.e., layered compounds of transition elements such as selenium and sulphur. By controlling the growth of these materials on the atomic level, new materials can be created with unique properties and exotic quantum states that hold the potential for revolutionary new device technologies, such as flexible electronics and quantum computing.

“As an inaugural Materials Innovation Platform, 2DCC MIP exemplifies the power of the Materials Genome Initiative approach with close experiment-theory interactions,” said Charles Ying, program director for MIPs and National Facilities and Instrumentation with the Division of Materials Research of the National Science Foundation. “Multi-year efforts of studying and refining growth conditions have paid off, leading to reproducible synthesis of 2D materials that have already benefited more than 100 scientists nationwide. The new experimental and data tools will bring 2DCC to a new level in its second five years.”

As a core component of the 2DCC’s efforts in synthesizing ground-breaking 2D chalcogenide materials, the 2DCC offers a user program that advances 2D materials research across the U.S., not just at Penn State.

"Researchers outside of Penn State at other universities, companies or national labs can come on-site to receive training in the facility and carry out their research or request samples grown by 2DCC staff,” said Redwing. “In addition to the user program, we also have an in-house team of researchers who collaborate with users on their projects. We've sponsored over 125 user projects in our facility since we started in 2016. So, a big part of the MIP is indeed the user program.”

The Penn State MIP has proven to be very beneficial for the development of 2D materials.

“Even before the MIP, Penn State had a number of faculty working on 2D material research,” said Redwing. “But getting the MIP funded enabled us to expand and more deeply integrate that activity and initiate research collaborations with other universities and national labs through our user program. It's really helped to make Penn State one of the main centers of activity in 2D materials in the world.”

During its first five years, the 2DCC has managed to meet challenges of complexity, scale, and even an unexpected obstacle that affected the entire globe.

“The discovery of high-performance materials is a complex process, and the framework of the MIP integrates research methodologies that efficiently aids the optimal synthesis of 2D materials, with a teaming of theory, synthesis science, in situ metrologies, and machine learning from the large data sets,” said Clive Randall, director of MRI and distinguished professor of materials science and engineering. “In addition, the outreach has been very impressive, aiding researchers from all over the United States, and even globally. The 2DCC also maintained their mission during the COVID crisis, including holding a virtual research experience for undergraduates program in the summer of 2020.”

The 2DCC is one of four user facilities in MRI, along with the Materials Characterization Lab, the Nanofabrication Lab and the Materials Computation Center. The 2DCC research staff includes 17 faculty and 13 doctorate-level researchers. Graduate students are also involved in the in-house research program.

“The 2DCC has created this critical mass of research activity that has brought considerable attention to Penn State and MRI over the last five years,” said Redwing. “The funding we received for new equipment, research support and other activities has established Penn State and MRI as one of the leading institutes for 2D materials research.”

With the renewed funding, the 2DCC will work to build on the progress made in 2D materials research through new collaborations and the existing ones created in the MIP’s first five years. Plans for the next five years include the addition of a double crucible Bridgman system for synthesis of bulk crystals with improved composition control, development of an integrated etch/deposition tool for synthesis of 2D metals and an expansion of the facility database to enable materials discovery through data science methods.

“We are very proud of the 2DCC leadership, researchers and staff who have partnered with the NSF to develop, refine and model the MIP program as one of the inaugural awardees back in 2016,” said Randall. “We are looking forward to this next era and the scientific discoveries that will inevitable come with the multiple university partnerships which will emerge via the MIP program.”