Penn State Assistant Professor of Biology Tracy Langkilde has shown that native fence lizards in the southeastern United States are adapting to potentially fatal invasive fire-ant attacks by developing behaviors that enable them to escape from the ants, as well as by developing longer hind legs, which can increase the effectiveness of this behavior.

"Not only does this finding provide biologists with an example of evolution in action, but it also provides wildlife managers with knowledge that they can use to develop plans for managing invasive species," said Langkilde. The results will be described in a paper to be published later this month in the journal Ecology.

Fire ants from South America, which were introduced to the United States accidentally in the 1930s, often will attack a fence lizard that has wandered onto their mound in order to protect their home. But the ants also have been observed attacking lizards that are nowhere near their mound. "Fire ants need protein, especially for their developing brood," said Langkilde. "It takes just 12 of them less than a minute to kill a three-inch-long fence lizard. In fact, they have even been known to eat animals as large as calves, stripping them down to their bones. 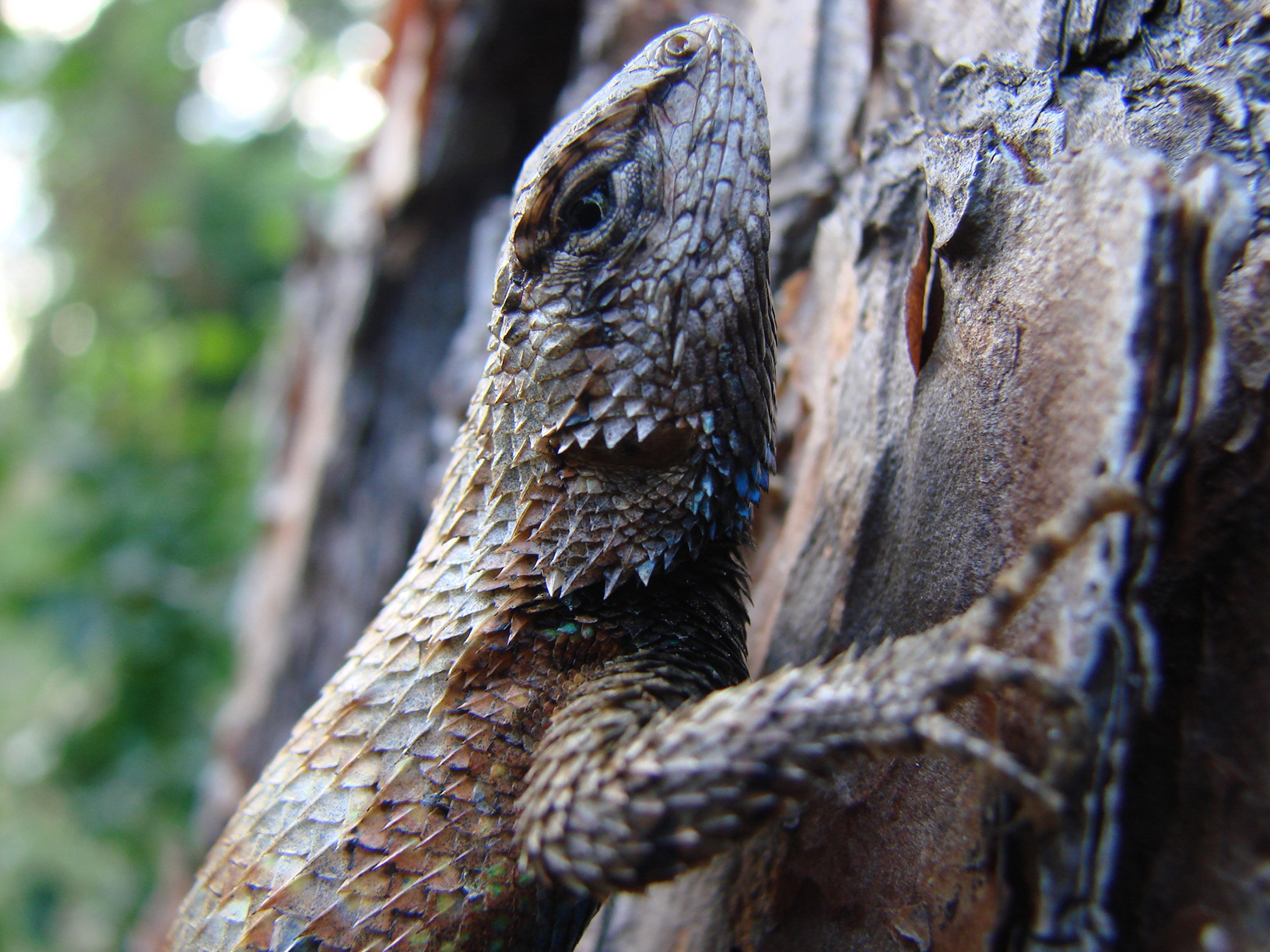 "Langkilde conducted an experiment in which she compared the responses to fire ant attacks of lizards that were collected from four different sites: one that had not yet been invaded by fire ants and ones that were invaded by fire ants 23, 54, and 68 years ago. Her goal was to determine whether the amount of time since invasion influences the ways in which lizards respond to attacks.

To conduct the experiment, she first captured lizards from the four different sites using a little noose tied to the end of a pole. "Luckily, the lizards rely on camouflage to avoid being eaten. When they see you they lie really still, and this makes it easier to slip the noose over their heads," said Langkilde.

Next, she located a naturally occuring fire ant-mound. By dragging a stick across the top of the mound, she encouraged a few ants to come out. "We didn't want the ants to kill the lizards, so we had to be careful not to disturb the mound so much that hundreds of ants would come out," said Langkilde. "No lizards were injured during our trials." 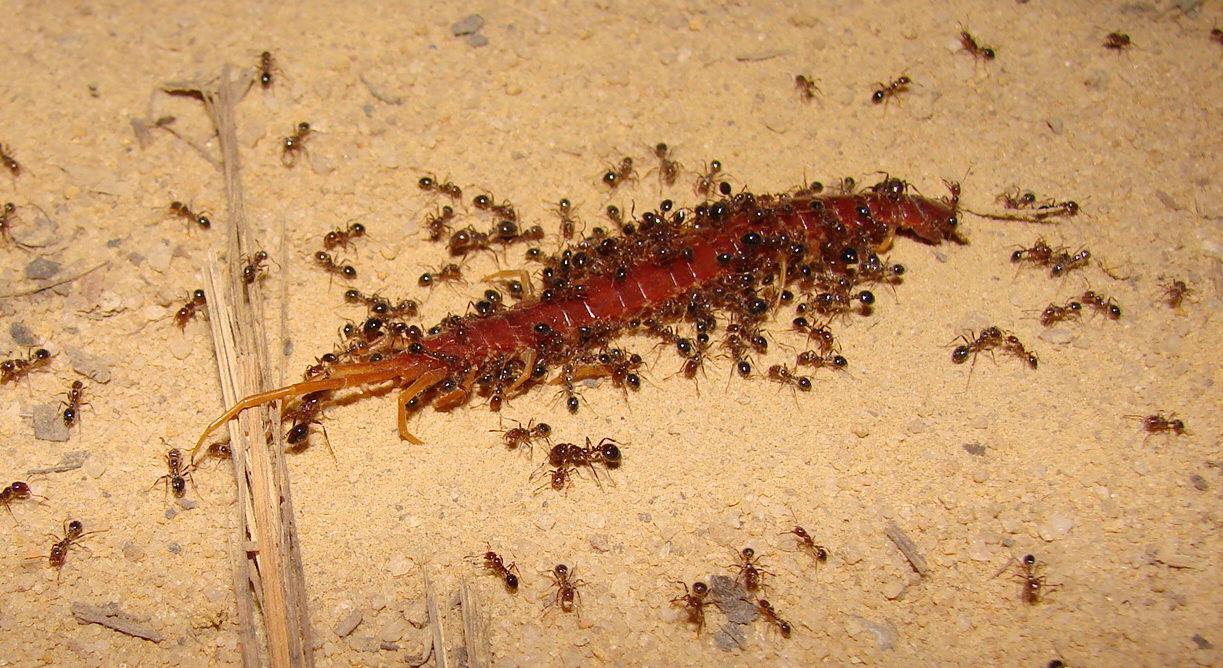 Langkilde then encouraged the lizards to run onto the ant mound and observed their behavior as the ants crawled around on their bodies looking for scales to lift up. Once the ants have exposed a lizard's soft flesh, they will inject a neuromuscular venom into its skin that can paralyze and kill the animal. 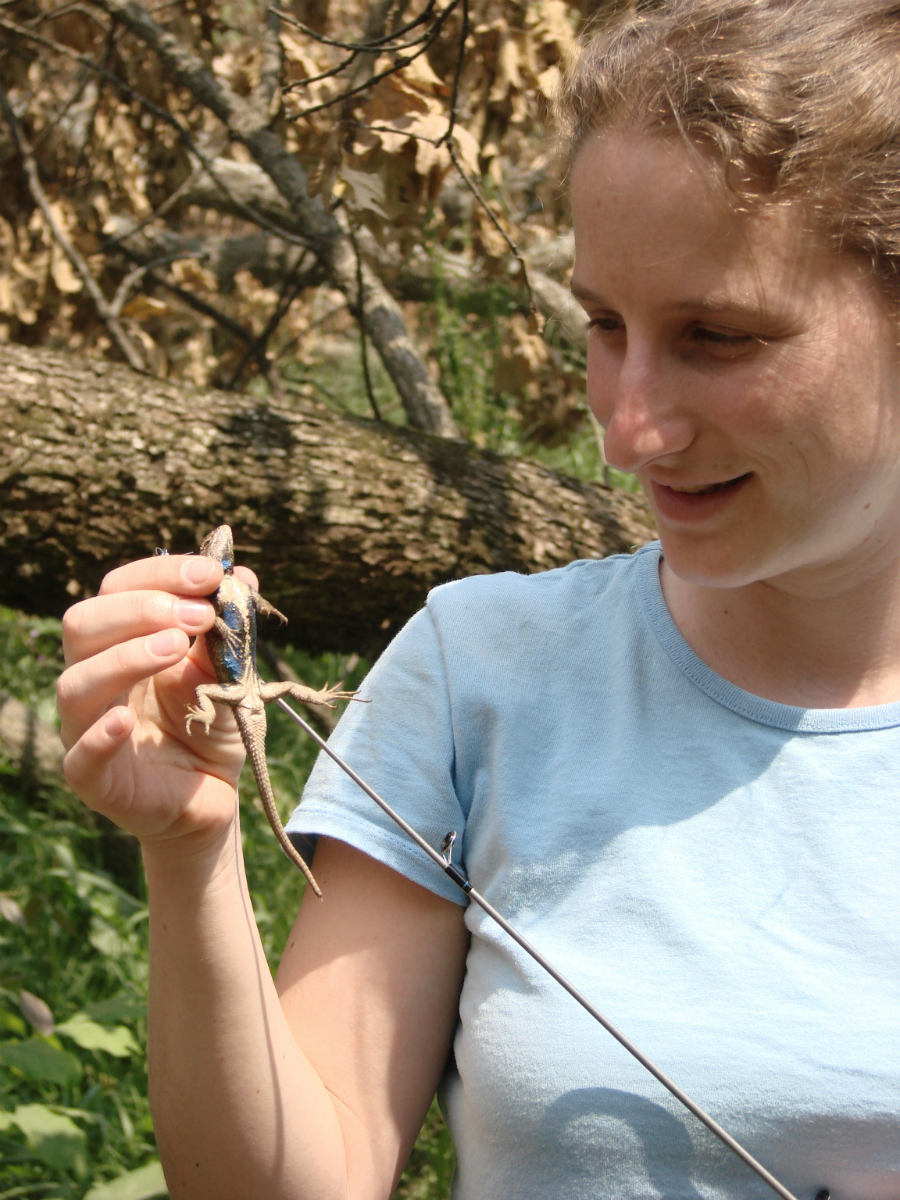 To determine if hind-leg length influences the success of the twitching and running lizards in getting away from the ants, Langkilde measured the hind-leg lengths of all of the lizards. She found that, indeed, the lizards with the longest hind legs were the most successful at getting away from ants. She also discovered that lizard leg length appears to be inherited from an individual's parents. Langkilde concluded that the lizards living near fire ants are developing behaviors to increase their survival and are evolving longer hind legs in response to attacks by fire ants.

In the future, Langkilde plans to study the mechanism behind the behavioral changes following invasion. Non-responsive lizards tend to be killed and removed from the gene pool. "Non-responsive lizards are less likely to make it to reproductive age when they would be capable of passing their non-reacting, short-legged genes on to offspring," she said. Langkilde intends to investigate whether adult lizards can learn to twitch and run away from ants and whether babies that are born with the ability to survive ant attacks can lose this ability if they do not use it. 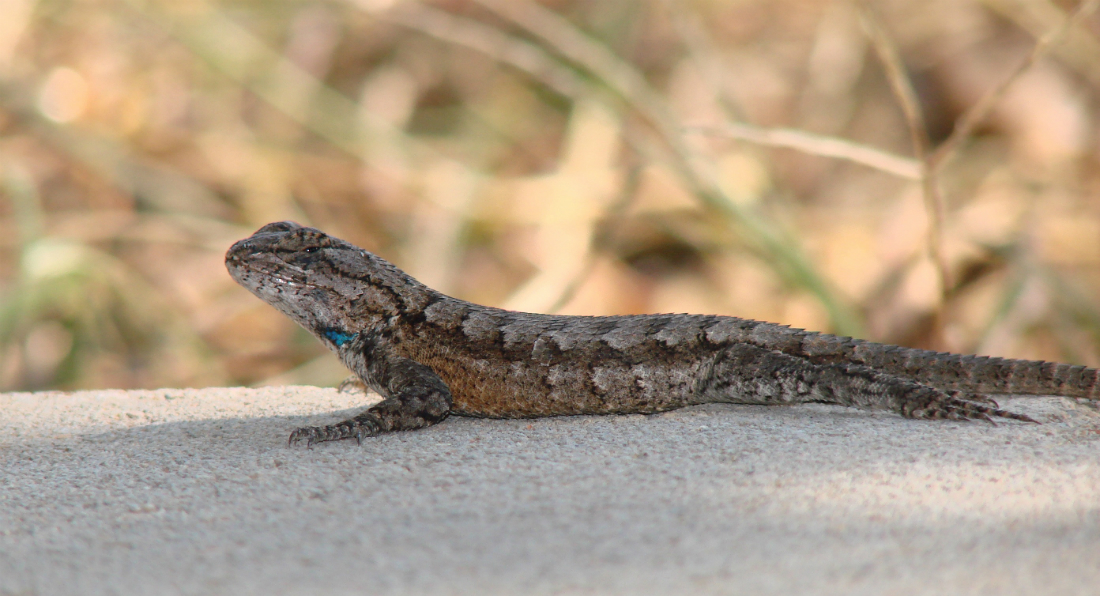 This research was supported by the Gaylord Donnelley Environmental Fellowship, the Eppley Foundation for Research, the National Geographic Society, and the American Museum of Natural History.