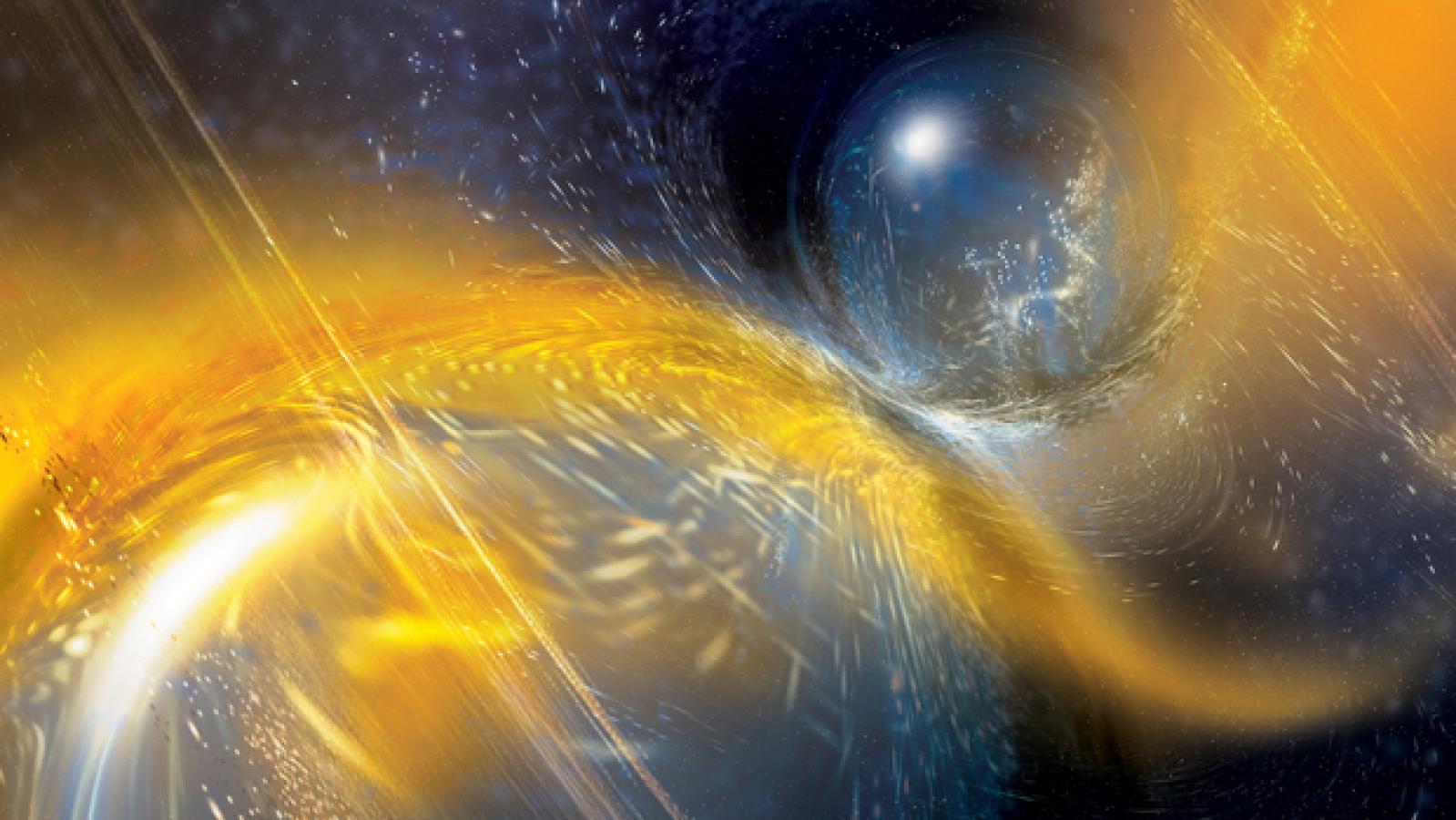 A $3.25 million grant from the U.S. National Science Foundation will support a multi-institution collaboration, which includes Penn State, that will take an interdisciplinary approach to studying the properties of hot, dense nuclear matter like that found in neutron stars. The Nuclear Physics from Multi-Messenger Mergers (NP3M) Focus Research Hub will encourage collaborations across nuclear physics, astrophysics, and gravitational-wave physics.

The collision of neutron stars—the collapsed cores of dying stars with a mass up to a few times larger than our sun—produce emissions such as gravitational waves and light that can be observed on Earth. These mergers provide a unique way to study certain types of matter, because neutron stars exist at temperatures and densities much higher than anything that could be reproduced in a laboratory on Earth.

The hub aims to connect observations of these mergers to the physical properties of nuclear matter by forging close collaborations between a variety of scientists. For example, nuclear physicists will develop theoretical models of the matter, while observational astrophysics will use both gravitational wave detectors and traditional telescopes in a “multi-messenger” approach to gather information from neutron star mergers. Meanwhile, computational astrophysicists will create simulations linking theory with observations, to understand how the different properties of matter might affect the physical processes of a merger and the emissions it produces.

“The hub will form a loop connecting these areas,” said David Radice, assistant professor of physics and of astronomy and astrophysics at Penn State and a member of the NP3M hub. “For example, improving theorical models and simulations will help us interpret multi-messenger observations, while additional observations of neutron star mergers will improve our understanding of the theory.”

The hub is led by the University of Tennessee, Knoxville, and will directly support Penn State, Syracuse University, Indiana University Bloomington, and the University of Houston over a period of five years. At Penn State, Radice will continue to develop simulations of neutron star mergers, and Ashley Villar, assistant professor of astronomy and astrophysics, will use machine learning to predict emission data from the mergers that can be compared to real observations.

Animation of two neutron stars colliding. Gravitational waves (pale arcs) bleed away orbital energy, causing the stars to move closer together and merge. As the stars collide, some of the debris blasts away in particle jets moving at nearly the speed of light, producing a brief burst of gamma rays (magenta). Credit: NASA Goddard Space Flight Cente/Ci Lab

A major goal of the collaboration is to provide postdoctoral researchers, especially from under-represented groups, with broad interdisciplinary training and support as they transition to faculty positions.

“For postdocs to be competitive in the current job market, they need training in more than computational astrophysics or gravitational-wave astronomy; they need training in adjacent areas to understand the implications of their work,” said Radice. “The hub will allow postdoctoral fellows to spend time at multiple universities, where they will receive support and mentoring so they can make connections between research areas and become the next generation of leaders in the field.”

The hub is also committed to sharing its work with the public, including through a web portal for visualizations of simulations and discussions of how new discoveries in multi-messenger astronomy affect nuclear astrophysics. The Penn State team, in partnership with the Penn State Center for Science in the Schools (CSATS), will also organize training and resources for K-12 educators. Kathleen Hill, CSATS director and associate professor of science education, and B.S. Sathyaprakash, Elsbach Professor of Physics and professor of astronomy and astrophysics, will lead the development of a curriculum and computer simulations that will allow students to explore the physics of neutron stars and visualize how different areas of physics work together.

The collaboration also includes senior investigators from more than a dozen institutions, representing universities and national laboratories across the United States, as well as collaborators from across the world.