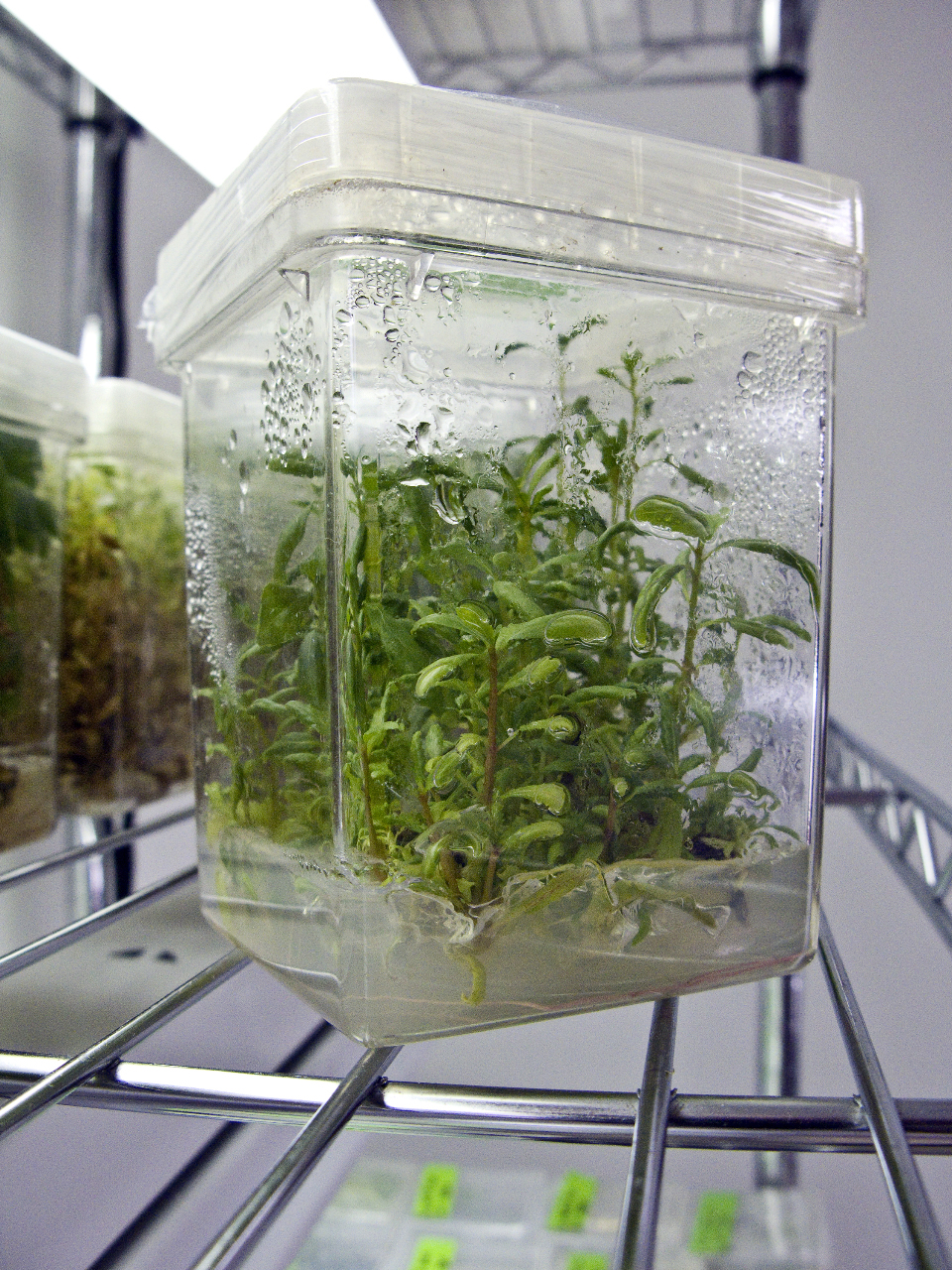 Plants, genetically modified to ease the breaking down of their woody material, could be the key to a cheaper and greener way of making ethanol, according to researchers who add that the approach also could help turn agricultural waste into food for livestock.

Lignin, a major component of woody plant material, is woven in with cellulose and provides plants with the strength to withstand strong gusts of wind and microbial attack. However, this protective barrier or "plastic wall" also makes it harder to gain access to the cellulose.

"There is a lot of energy-rich cellulose locked away in wood," said John Carlson, professor of molecular genetics, Penn State. "But separating this energy from the wood to make ethanol is a costly process requiring high amounts of heat and caustic chemicals. Moreover, fungal enzymes that attack lignin are not yet widely available, still in the development stage, and not very efficient in breaking up lignin."

Researchers previously have tried to get around the problem by genetically decreasing the lignin content in plants. However, this can lead to a variety of problems — limp plants unable to stay upright, and plants more susceptible to pests.

Carlson, Tien, and postdoctoral associate Haiying Liang use a different genetic approach. Instead of decreasing the lignin content, they are trying to modify the connections in lignin, without compromising either the biosynthesis of lignin or the structural rigidity of the plant.

The Penn State geneticists and biochemists took a gene from parsley and engineered it into a poplar tree. This gene produces a protein that inserts itself between two lignin molecules when the lignin polymer is created.

"Now we have a lignin polymer with a protein stuck in between," explained Carlson, who, along with Tien and Liang, has filed a provisional patent on the approach. "When that occurs, it creates a type of lignin that is not much different in terms of strength than normal lignin, but we can break open the lignin polymer by using enzymes that attack proteins rather than enzymes that attack lignin."

These enzymes that attack proteins are already used widely in the laundry detergent industry and are commercially readily available, added Carlson.

The genetic modification does not appear to weaken the plants, and the transformation may have turned them into more efficient sources of ethanol.

"When we looked at the first generation of modified plants we noticed that the lignin content has not changed," said Tien, whose work is funded by the U.S. Department of Energy. "We haven't done a fitness test yet but we did see an increase in the yield of sugars for converting into ethanol."

The researchers also may have stumbled on an unexpected side benefit.

One of the problems with forage crops such as ryegrass and clover is that they have too much lignin, which can cause ruminants like cows to get sick. Their digestive enzymes go into overdrive to break down the lignin, creating a lot of gas and digestion problems for the animals.

"All animals produce enzymes in their digestive process that break down amino acids and small proteins that can be absorbed by the intestine," said Carlson. "If this technology were to be transferred to alfalfa or hay or such cattle feed, it might make it easier for the cows to break down the lignin through their own enzymes."

Carlson added that the technology potentially could be transferred to other biomass crops and even help turn agricultural waste products found on farms into animal feed. But the modified plants will require federal approval before they can be commercialized.