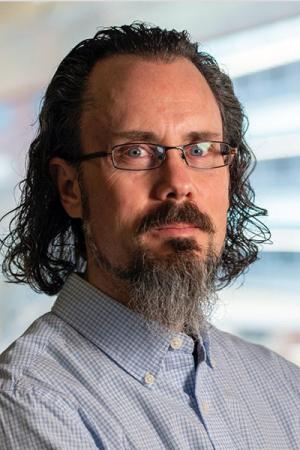 Manuel Llinás, professor of biochemistry and molecular biology and of chemistry at Penn State, has been selected to receive the title of Distinguished Professor of Biochemistry and Molecular Biology in recognition of his exceptional record of teaching, research, and service to the University community. The honor is designated by the Office of the President of Penn State based on the recommendations of colleagues and the dean of the Eberly College of Science.

Llinás studies the malaria-causing parasite Plasmodium falciparum, with the ultimate goal of identifying ways to disrupt the parasite that can be incorporated into novel therapies against this devastating disease. He combines techniques from functional genomics, transcriptomics, molecular biology, computational biology, biochemistry, and metabolomics to better understand the biology of the malaria parasite. He is particularly interested in gene regulation and metabolism of the parasite during the stage of development that occurs within human red blood cells, when clinical symptoms of the disease occur during infection.

Llinás received a Faculty Scholar Medal for Outstanding Achievement from Penn State in 2021, a National Institute of Health Director's New Innovator Award in 2007 and a Merck Irving S. Sigal Memorial Award from the American Society of Microbiology in 2006. His research has been funded by the National Institutes of Health, the Arnold and Mabel Beckman Foundation, the Burroughs-Wellcome Fund, and the Bill and Melinda Gates Foundation. Llinás has authored more than 100 scientific papers and has endeavored to publish his work largely in Open Access journals.

Prior to joining Penn State in 2013, Llinás was an associate professor of molecular biology and a member of the Lewis-Sigler Institute for Integrative Genomics at Princeton University. He earned a doctoral degree in molecular and cell biology at the University of California at Berkeley in 1999 and later was a postdoctoral researcher at the University of California at San Francisco. He earned a bachelor's degree in chemistry at Carnegie Mellon University in 1992.