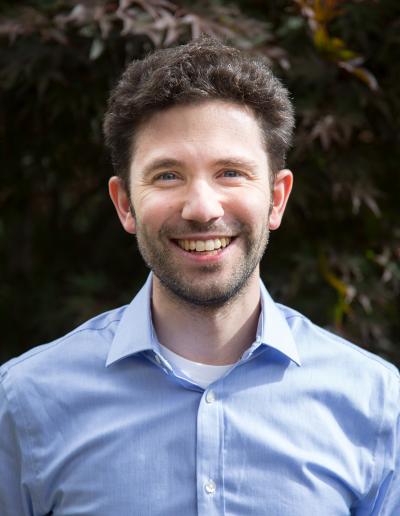 Joseph Cotruvo, Jr., Louis Martarano Career Development Professor of Chemistry, has been named a recipient of a grant from the Department of Energy’s (DOE) Early Career Research Program in support of his work on the rare earth metal-binding protein lanmodulin and its applications to efficiently separate the technologically critical rare earths from other elements. Cotruvo is one of only seventy-six scientists across the country to receive this award, which will support his research for five years.

The Early Career Research Program, now in its eleventh year, is designed to bolster the nation’s scientific workforce by providing support to exceptional researchers during crucial early career years, when many scientists do their most formative work. The DOE award is available to untenured, tenure-track assistant or associate professors at U.S. academic institutions and researchers at DOE national laboratories who received a Ph.D. within the past 10 years.

"The Department of Energy is proud to support funding that will sustain America's scientific workforce, and create opportunities for our researchers to remain competitive on the world stage," said Under Secretary for Science Paul Dabbar. "By bolstering our commitment to the scientific community, we invest in our nation's next generation of innovators."

Cotruvo’s work supported by this award focuses on understanding why the protein lanmodulin, which his group recently discovered and named, is so selective for all seventeen of the rare earth metals and how to harness the protein to separate out rare earth metals from other metals and from one another. Separation of rare earth metals in mining and recycling applications is currently a laborious, energy- and resource-intensive process using environmentally harmful chemicals. Increasing efficiency of these separations using a “green” material like lanmodulin has the potential to lower costs, decrease waste, and allow usage of a wider variety of sources of rare earths. Unlike most proteins, lanmodulin is remarkably stable, which enables it to extract rare earth metals from industrially relevant samples even under harsh experimental conditions. The robust performance, stability, affinity, and selectivity of lanmodulin suggest that this protein may represent a new and efficient approach for certain rare earth separations, and possibly separations of other valuable elements.

"Joey has taken his research program on the biology and chemistry of rare earth elements in such a strong and innovative direction," adds Department of Chemistry Head Phil Bevilacqua. "It is really gratifying to see it recognized by this prestigious award."