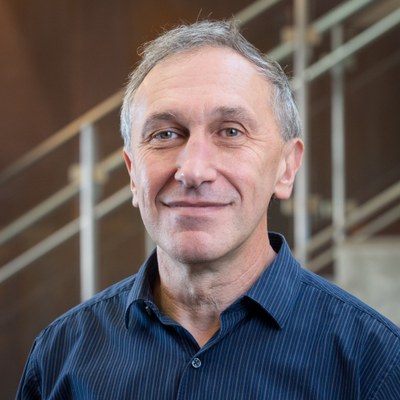 Igor Aronson, Huck Chair Professor of Biomedical Engineering, Chemistry, and Mathematics, has been awarded a Humboldt Research Award by the Alexander von Humboldt Foundation of Germany. The award recognizes researchers “whose fundamental discoveries, new theories, or insights have had a significant impact on their own discipline and who are expected to continue producing cutting-edge achievements in the future.”

Winners of the award are invited to spend a period of up to one year collaborating on a long-term research project with colleagues at a research institution in Germany. Aronson, who also received a Humboldt Fellowship in 1990, is being recognized for his pioneering work in the field of active biomaterials.

“Since receiving my Humboldt Fellowship in 1990, I have maintained active collaborations with multiple German groups,” Aronson said. “The Humboldt Research Award will allow me to extend these scientific collaborations and increase the visibility of my research. I plan to use this award to spend several months in the Ludwig Maximilian University of Munich, working with Professor Erwin Frey and his colleagues on a variety of problems in active materials.”

Aronson's cross-disciplinary research is at the interface of biomedical engineering, materials science, applied mathematics, and chemistry. He uses mathematical modeling and various experimental techniques to study a broad class of active biological and synthetic systems where metabolism and other non-equilibrium processes lead to self-organization and collective behavior. These active systems include interacting self-propelled organisms and synthetic agents, from molecular motors to living bacteria and motile cells. Aronson’s research ranges from mathematical modeling of cell motility and collective cell migration, to experimental and theoretical studies of swimming bacteria in biological liquid crystals, to the design of 3D printed self-propelled microrobots.

Aronson received his doctoral degree from the Institute of Applied Physics of Academy of Sciences, in Gorky, Russia in 1987.