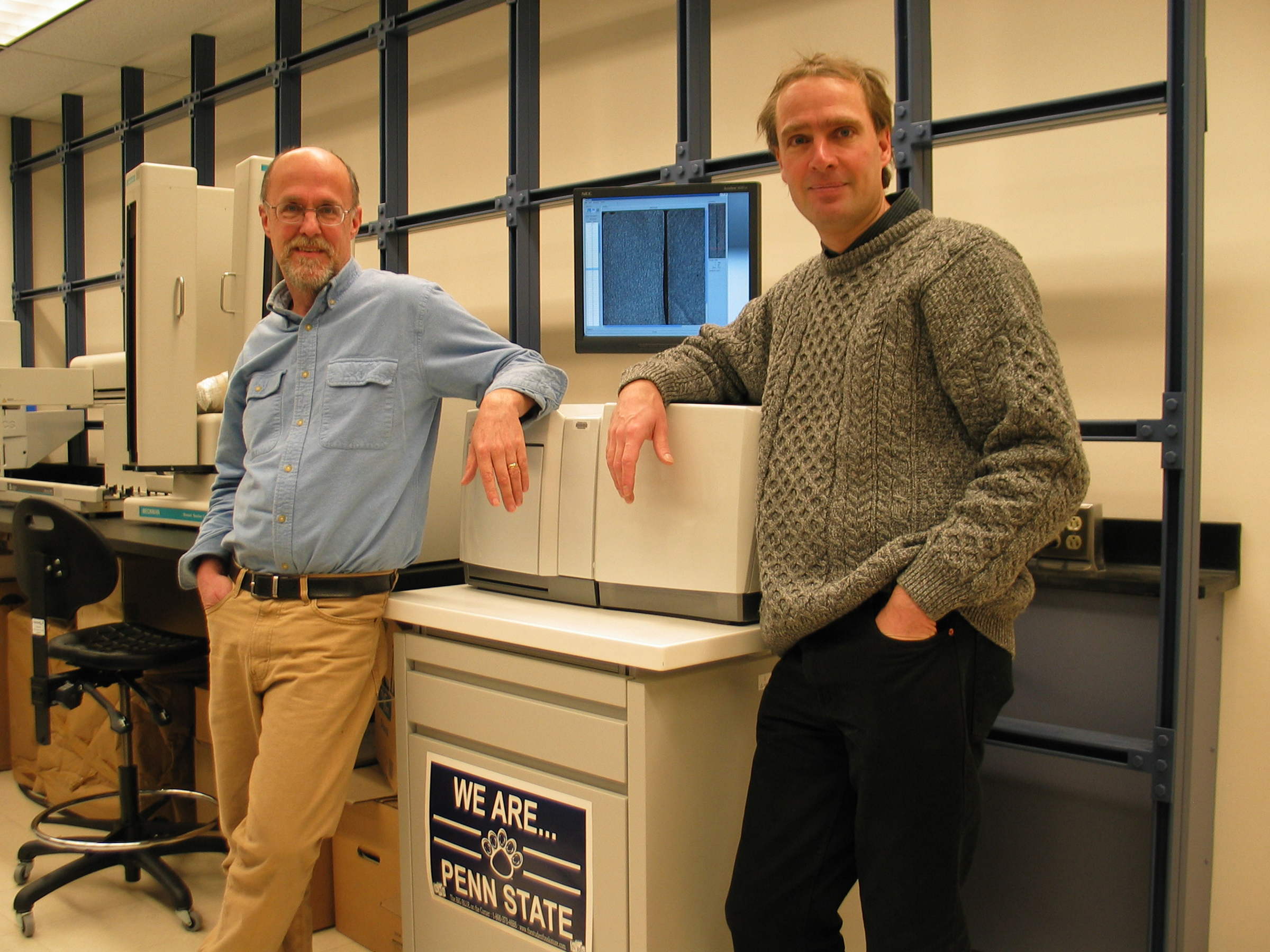 Stephan C. Schuster and Webb Miller of Penn State University, working with Thomas Gilbert from Copenhagen and a large international consortium, discovered that hair shafts provide an ideal source of ancient DNA — a better source than bones and muscle for studying the genome sequences of extinct animals. Their research achievement, described in a paper to be published in the journal Science on 28 September 2007, includes the sequencing of entire mitochondrial genomes from 10 individual woolly mammoths.

Schuster and Miller, working at Penn State's Center for Comparative Genomics and Bioinformatics, and Gilbert, from the Center for Ancient Genetics at the University of Copenhagen, led a team of collaborators that includes a large group of researchers and museum curators from the United States, Russia, Belgium, Denmark, France, Italy, Sweden, and the United Kingdom.

The research team obtained hair from ten woolly mammoths collected from a wide swathe of northern Siberia and with dates of death spanning approximately 38,000 years — from 50,000 years to 12,000 years ago. Before this study, only seven mitochondrial genomes from extinct animals had been published: four from ancient birds, two from mammoths, and one from a mastodon. "DNA in bones and muscle usually degrades and becomes contaminated with genetic material from other sources such as bacteria, limiting its usefulness in scientific studies," Schuster explains. Because only a tiny proportion of ancient bones and muscle are preserved in such a way that uncontaminated DNA can be recovered, research with such materials has involved laborious efforts, sometimes spanning as long as six years for a single study. In contrast, Miller said, "Once I get the data from the genome sequencer, it takes only five minutes to assemble the entire mitochondrial genome." The discovery to be published in Science demonstrates that hair clippings can give researchers enormous power and efficiency for divining the genetic makeup of ancient species. 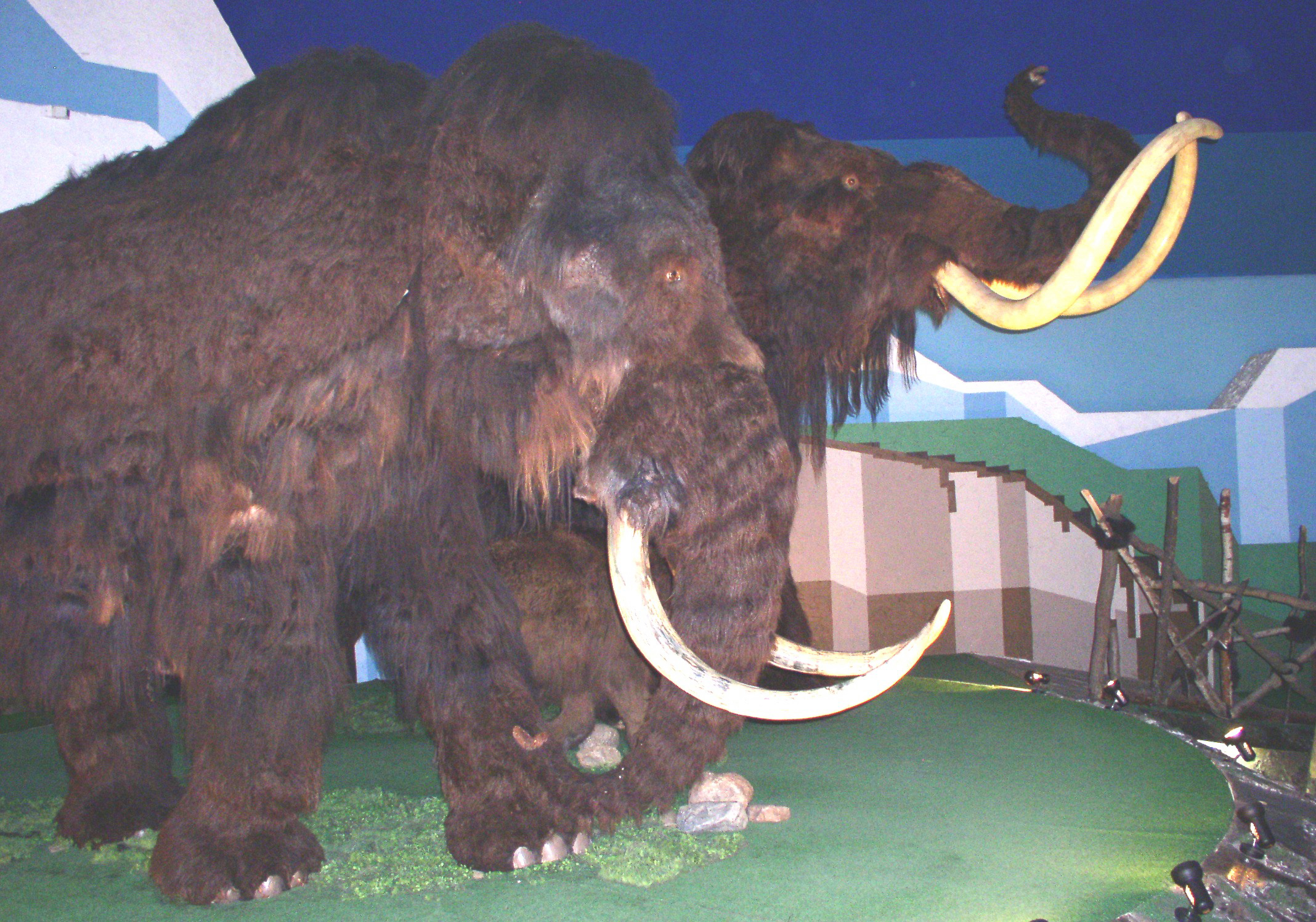 The methods the team members developed for efficiently generating and analyzing large amounts of ancient mitochondrial-genome sequences now position them to generate such data for other extinct species, as well as to sequence the huge nuclear genome of an extinct species. "The data already generated from this study set the stage for the sequencing of a complete mammoth genome," said Schuster.

"We realized that the keratin in hair could protect the DNA it contains from outside influences, and hence from the sorts of degradation that affect DNA in other parts of the body, such as bone," Gilbert said. Hair also can more easily be cleaned of environmental contaminants, such as bacteria. The researchers discovered that, even if the hair is washed in a solution that kills and washes off external DNA, the genetic material within the hair is unaffected.

"When people thought of sequencing DNA from hair, the usual assumption was that the material must come from the hair root, which contains recognizable cells, because the hair shaft appears to be dead," Miller explained, "however, we now know that a hair shaft consists essentially of DNA encased in a kind of biological plastic." Protected in this way, the DNA resists damage, and readily can be separated from any bacteria that may contaminate the sample. "We discovered, moreover, that the DNA in hair shafts is remarkably enriched for mitochondrial DNA, the special type of DNA frequently used to measure the genetic diversity of a population," Gilbert added. 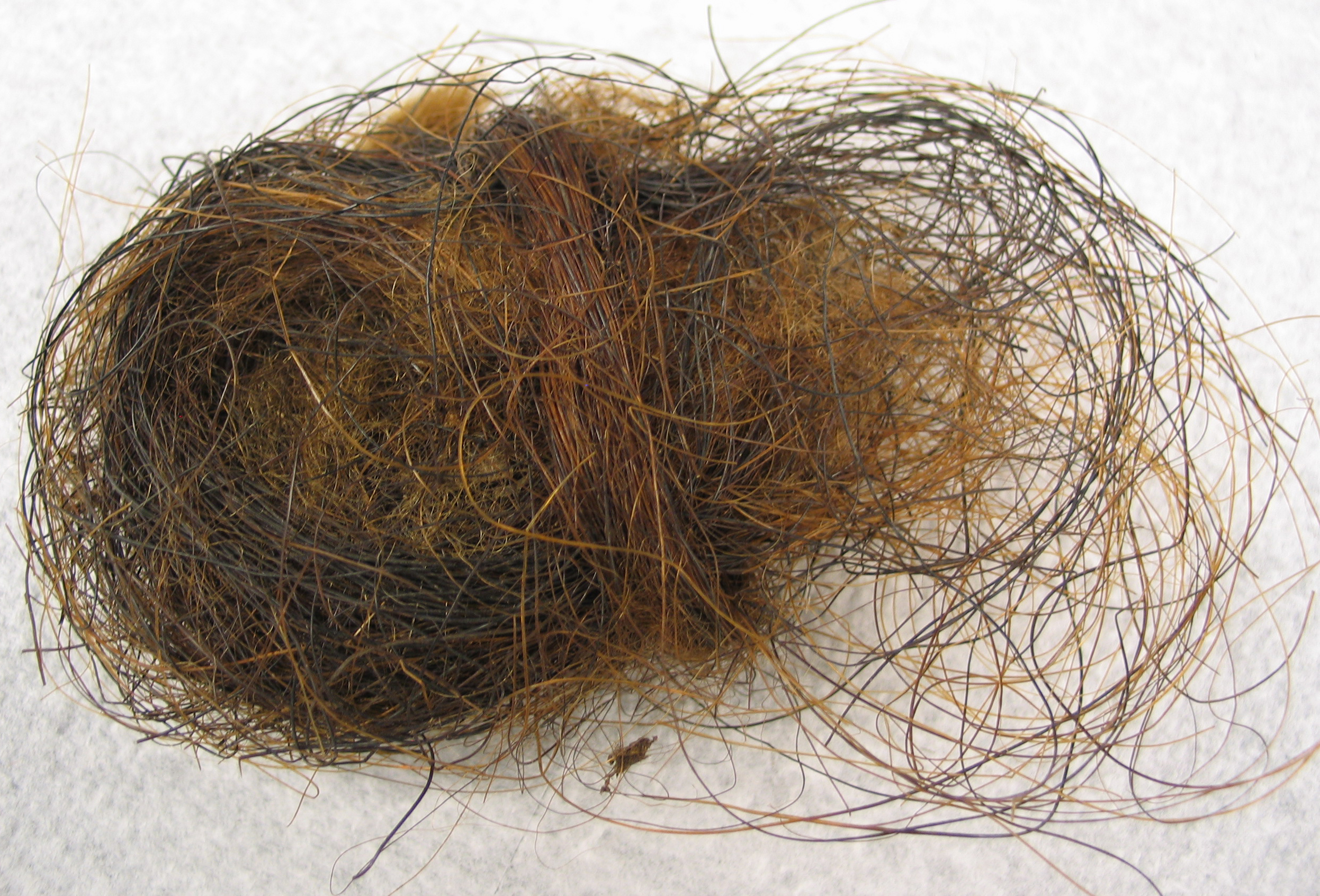 Several of the hair samples investigated were up to 50,000 years old. One of the samples came from the first specimen ever recorded: the so-called Adams mammoth, found in 1799 and dug out of the permafrost between 1804 and 1806 by the botanist Michael Adams and members of the Tungus tribe. This mammoth died around 36,000 years ago. "Hair samples from this find were stored in a Russian museum for 200 years at room temperature, but still allowed for a complete analysis of its mitochondrial genome using only 0.2 grams of hair," Schuster said. As a result, he uses the term "museumomics" for his dream of deriving molecular-genomic-analysis data from the specimens stored in the collections of Charles Darwin, Alexander von Humboldt, and Carl von Linné.

The new route to the genetic material of extinct animals also will enable researchers to study the relatedness of individual animals from different populations at a much higher resolution than previously thought possible. "We plan to use hair and other keratin-containing body parts, such as nail and horn, to untangle the secrets of populations that lived long ago, so these populations can send a message from the past about what it might have taken for them to survive," Schuster said. "This discovery is good news for anyone interested in learning more about how species of large mammals can go extinct."

This research was supported by Penn State University, Roche Applied Sciences, and a private sponsor.