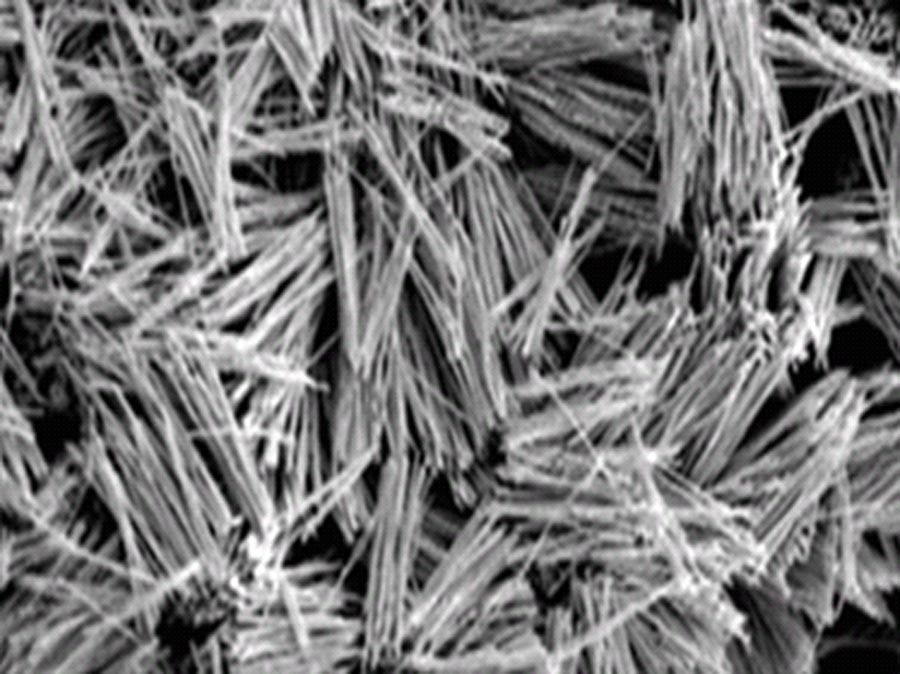 A handheld, ultra-portable device that can recognize and immediately report on a wide variety of environmental or medical compounds may eventually be possible, using a method that incorporates a mixture of biologically tagged nanowires onto integrated circuit chips, according to Penn State researchers.

"Probably one of the most important things for connecting to the circuit is to place the wires accurately," says Theresa S. Mayer, professor of electrical engineering and director of Penn State's Nanofabrication Laboratory. "We need to control spatial placement on the chip with less than a micron of accuracy."

Using standard chip manufacturing, each type of nanowire would be placed on the board in a separate operation. Using the researchers' bottom-up method, they can place three different types of DNA-coated wires where they wanted them, with an error rate of less than 1 percent.

"This approach can be used to simultaneously detect different pathogens or diseases based on their nucleic acid signatures," says Christine D. Keating, associate professor of chemistry.

"Device components such as nanowires can be synthesized from many different materials and even coated with biological molecules prior to assembling them onto a chip," the researchers note in the Jan. 16 issue of Science. They add that positioning the nanowires accurately is still difficult using conventional methods.Using their assembly method, the researchers can place specific nanowires in assigned areas. They begin with a chip with tiny rectangular depressions in the places they wish to place the nanowires. They then apply an electrical field between electrodes that define the area where they want the nanowires to assemble. The Penn State researchers inject a mixture of the tagged nanowires and a liquid over the top of the chip. The nanowires are attracted to the area with an electric field and they fall into the proper tiny wells. 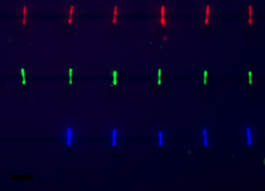 "We do not need microfluidic channels to control where each nanowire type goes," says Mayer. "We can run the solution over the whole chip and its wires will only attach where they are supposed to attach. This is important for scale-up."

The researchers then move the electric field and position the next tagged nanowires. In this proof-of-concept experiment, the different tagged wires were placed in rows, but the researchers say that they could be placed in a variety of configurations.

After all the wires are in place, they can be made into a variety of devices including resonators or field effect transistors that can be used to detect nucleic acid targets.

While the researchers have not yet connected each individual device to the underlying circuitry, they did test their chip to ensure that the wires assembled in the proper locations. They immersed the chip in a solution containing DNA sequences complementary to the three virus-specific sequences on the nanowires. Because they tagged the complementary DNA with three differently colored fluorescent dyes, the attached DNA showed that the wires were in the proper places.

The researchers believe that their assembly method is extremely flexible, capable of placing a variety of conducting and non-conducting wires with a wide array of coatings.

"The eventual idea would be to extend the method to more nanowire types, such as different DNA sequences or even proteins, and move from fluorescence to real-time electrical detection on the chip," says Keating.