Drama in the Heart of the Tarantula 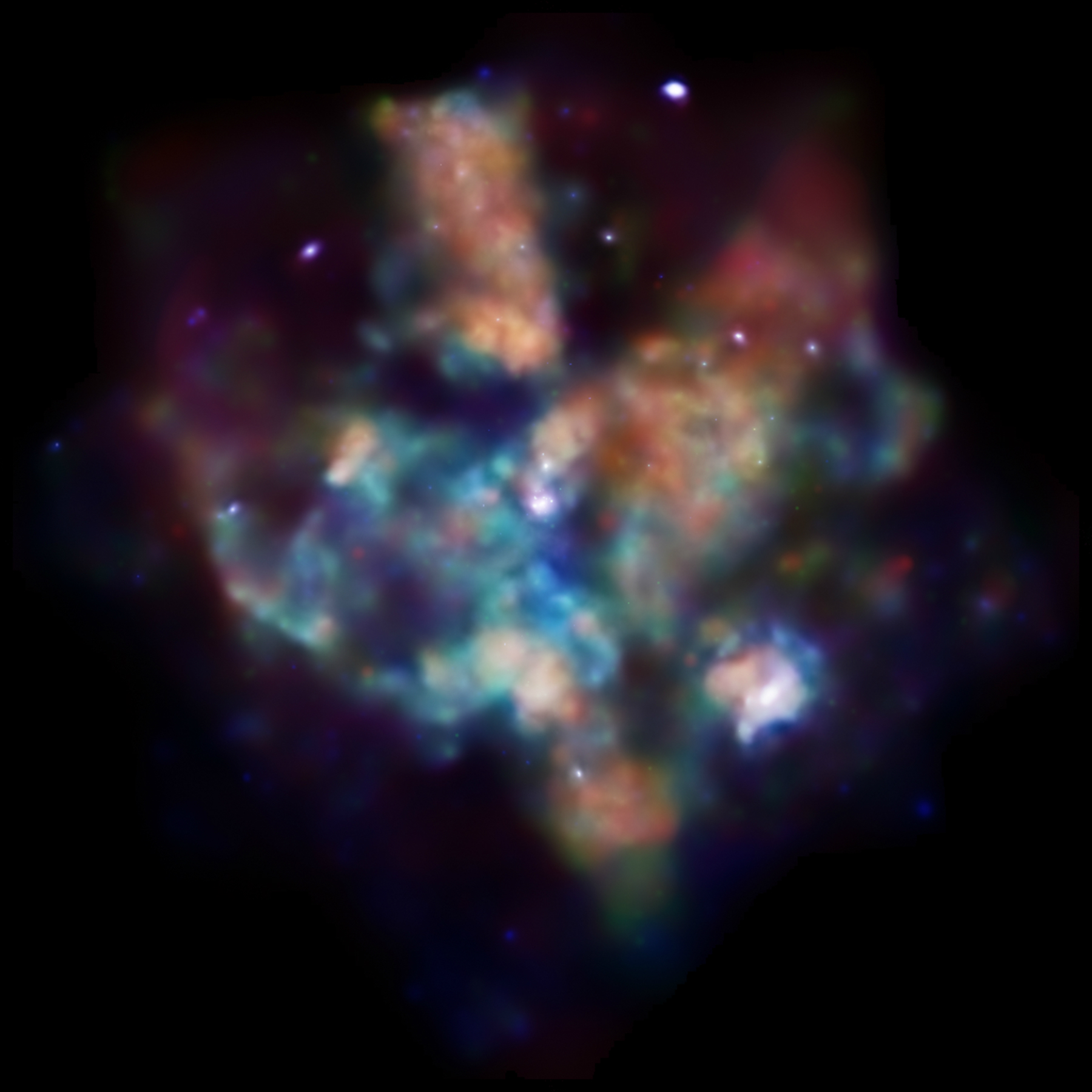 A new image of the Tarantula Nebula, a massive star-forming region close to the Milky Way, will be released on 11 December 2008 by the Chandra X-Ray Observatory. The image, which will help astronomers to understand how massive stars shape other worlds, represents almost 31 hours of observing time with the Chandra X-Ray Telescope -- three times longer than previously recorded.

"It's as if we had been looking at the Tarantula Nebula with poor vision, and now we have put on our glasses and we can see the fine details," said Leisa Townsley, a Penn State senior scientist in the Department of Astronomy and Astrophysics and the leader of the study for which the image was generated. "The new image has higher spatial resolution than earlier X-ray pictures of the Tarantula Nebula because the Chandra X-ray Observatory represents a major innovation in X-ray mirror technology."

The Tarantula Nebula — also called 30 Doradus — is located in the nearby Large Magellanic Cloud. Enormous stars in 30 Doradus are producing intense radiation and searing winds of multi-million-degree gas that carve out gigantic bubbles in the surrounding cooler gas and dust. Other massive stars have raced through their evolution and have exploded catastrophically as supernovae, expanding these bubbles into superbubbles that are detectable by the Chandra X-Ray Telescope. These stars leave behind pulsars as beacons of their former lives and expanding supernova remnants that trigger the collapse of giant clouds of dust and gas to form new generations of stars.

"The new Chandra image shows the exquisite complexity imparted to the interstellar medium of a galaxy by the winds and supernovae of massive stars," said Townsley. "While these stars live only a few million years, they are important because they shock-heat their surroundings. This can halt the formation of stars and interrupt planet formation around them by clearing out gas and dust, but it also can trigger new star formation by plowing up material and compressing it to form stars."