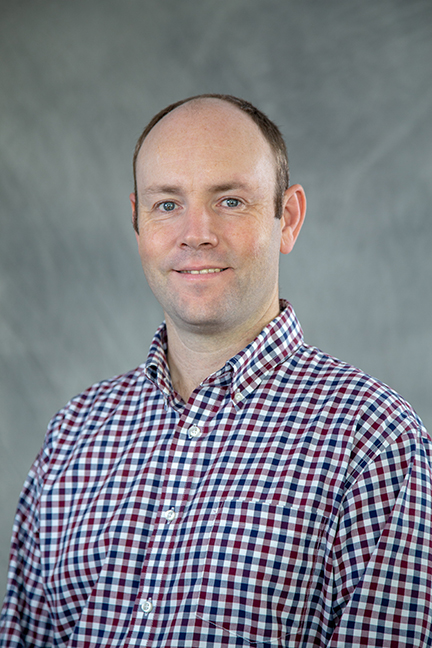 Michael J. Axtell, professor of biology at Penn State, has been awarded the Masatoshi Nei Innovation Prize in Biology. Axtell will be presented with the prize and give a lecture titled “Finding and understanding small RNAs from plants” at a reception held on November 15, 2018. The award was established through a generous gift from Masatoshi Nei, Emeritus Professor of Biology at Penn State and Laura Carnell Professor of Biology at Temple University, and his wife Nobuko Nei. The prize is intended to recognize a preeminent scientist who is on the faculty at Penn State, is an innovator in their field, and has achieved outstanding scientific research and leadership in the biological sciences.

“Mike Axtell is the second recipient of this prestigious award and is highly deserving of this honor,” said Tracy Langkilde, professor and head of the Department of Biology. "Mike quickly became a leader in his field. His work has been critical to our understanding of the function of small RNAs. This has fundamental implications for our understanding of the history of life on earth."

Axtell studies a class of genes which produce small RNAs, using diverse plant species. Small RNAs, which function as sequence-specific repressors of other genes, are critical components of gene expression in nearly all eukaryotic organisms and are especially important for regulating the developmental programs of both animals and plants. Axtell’s research group uses computational methods to discover, annotate, and quantify small RNA genes in plants. His group also uses genetics, molecular biology, and genomics to study the function of ancient small RNAs in diverse plant species, identify the genes that are the targets of small RNA repression, and understand the sequence requirements of the interaction of small RNAs and their targets.

Axtell joined the faculty at Penn State in August 2006 as an assistant professor and was promoted to associate professor in 2011 and professor in 2016. Prior to this, he was a postdoctoral fellow in the Whitehead Institute for Biomedical Research at the Massachusetts Institute of Technology. Axtell earned a bachelor’s degree in biology at Ithaca College in 1998. He earned a doctoral degree in plant biology at the University of California at Berkeley in 2003.

Masatoshi Nei was Evan Pugh Professor of Biology from 1994 to 2015 and director of the Institute for Molecular Evolutionary Genetics from 1990 to 2015 at Penn State. He constructed a mathematical theory for studying the evolutionary relationships of different species using molecular data. A statistic named for him, Nei's genetic distance, is a cornerstone of population genetics analyses. This measure makes it possible to estimate the origins of populations and the times of their divergence from common ancestors. Nei applied this technique to human populations and obtained the first evidence pointing to the African origins of modern humans. His influential paper on the "neighbor-joining" method of constructing phylogenetic trees is one of the most highly cited papers in the entire field of biology. Nei and his group have also written and distributed software packages, including MEGA for molecular evolutionary genetics analysis, which is the most widely used software for phylogenetic analysis at present.