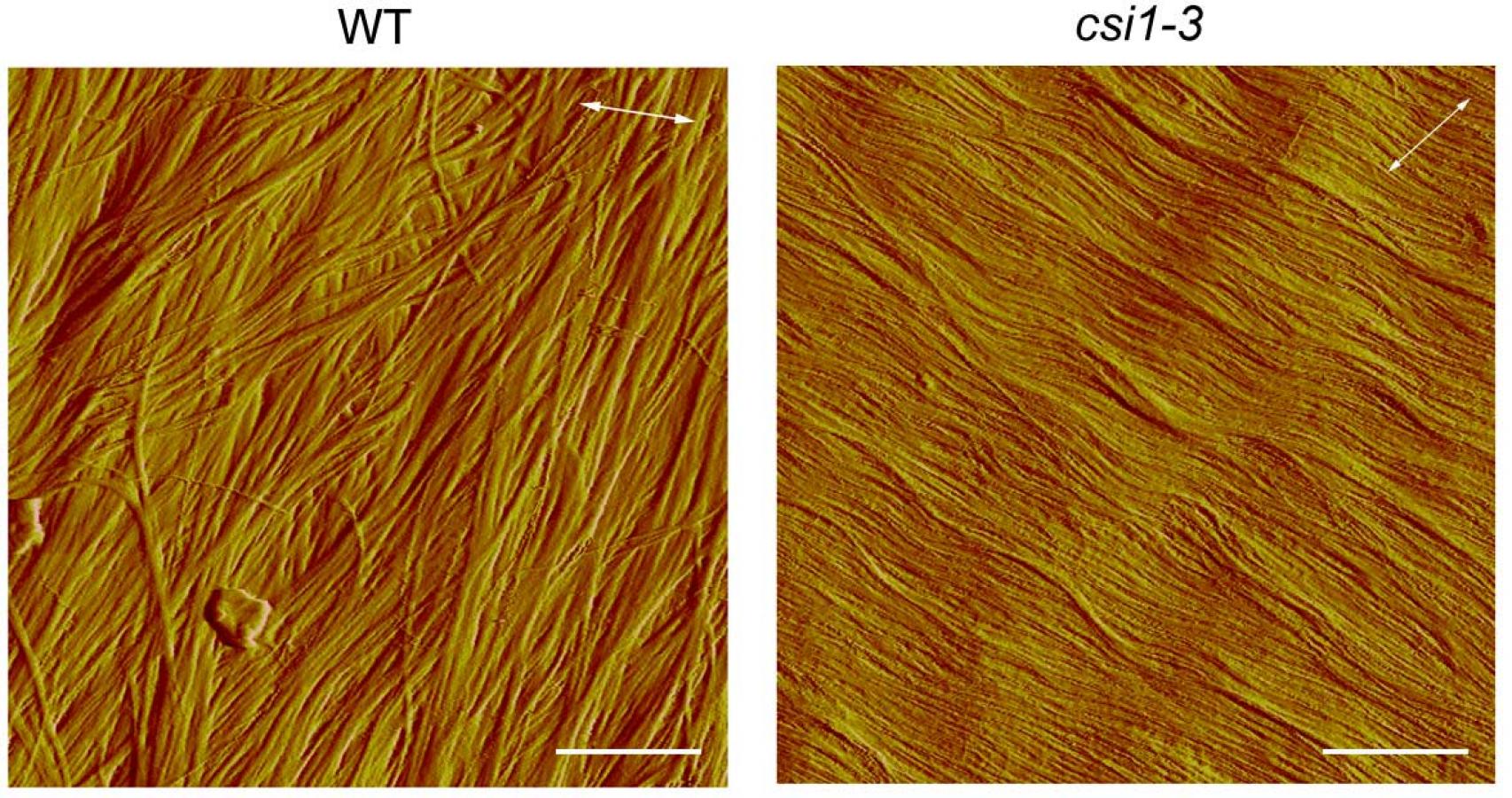 A new study using the model species Arabidopsis thaliana reveals that plant cells tend to grow longer instead of wider due to the alignment of the many layers that make up their cell walls. Credit: NASA

Plant cells tend to grow longer instead of wider due to the alignment of the many layers of cellulose that make up their cell walls, according to a new study that may have implications for biofuels research. The study, which appears online February 4, 2020, in the Journal of Experimental Botany, reveals that the protein CSI1 and the alternating angle of the cell wall’s layers, creating a herringbone pattern, are critical for cell growth.

“When plant cells grow, they tend to expand considerably along their length while not increasing much in width,” said Ying Gu, associate professor of biochemistry and molecular biology and co-funded faculty member in the Institutes of Energy and the Environment at Penn State and lead author of the study. “It is generally thought that microtubules—structures that form the “skeleton” of the cell—wrap around the cell like rings on a barrel, restricting growth in width. We wanted to know what regulates growth in the cell’s length, and found that the story is more complicated than just rings on a barrel.”

The team first confirmed that a protein they had previously identified as important to the creation of cellulose—the main component of cell walls—is also important to cell growth. A mutant form of the model species thale cress, Arabidopsis thaliana, without the protein known as “cellulose synthase interactive 1” (CSI1) showed severely reduced growth, even in the presence of a growth hormone. A follow-up test indicated that this reduced growth may be due to changes to the mutant’s cell wall.

“On a whim, one of my graduate students decided to perform a creep test, where plant cells are stretched out under acidic conditions,” said Gu. “Acidic conditions usually instigate cell growth, but the mutant lacking CSI1 didn’t elongate during the test. This suggested that the issue may be with the cell wall or the cell architecture, which was a surprise.”

Plant cell walls are composed of many layers, 10 to 20 in thale cress and 50 to 100 in many other species. Each layer is composed of proteins as well as cellulose microfibers, which are deposited by the cellulose synthase complex, with help from CSI1, as the complex follows along a microtubule. The microfibers in a given layer are deposited at about a 60-degree angle compared to the microfibers in the previous layer. The alternating angles of microfibers in each layer create a herringbone pattern and produce what scientists call crossed-polylamellate walls. 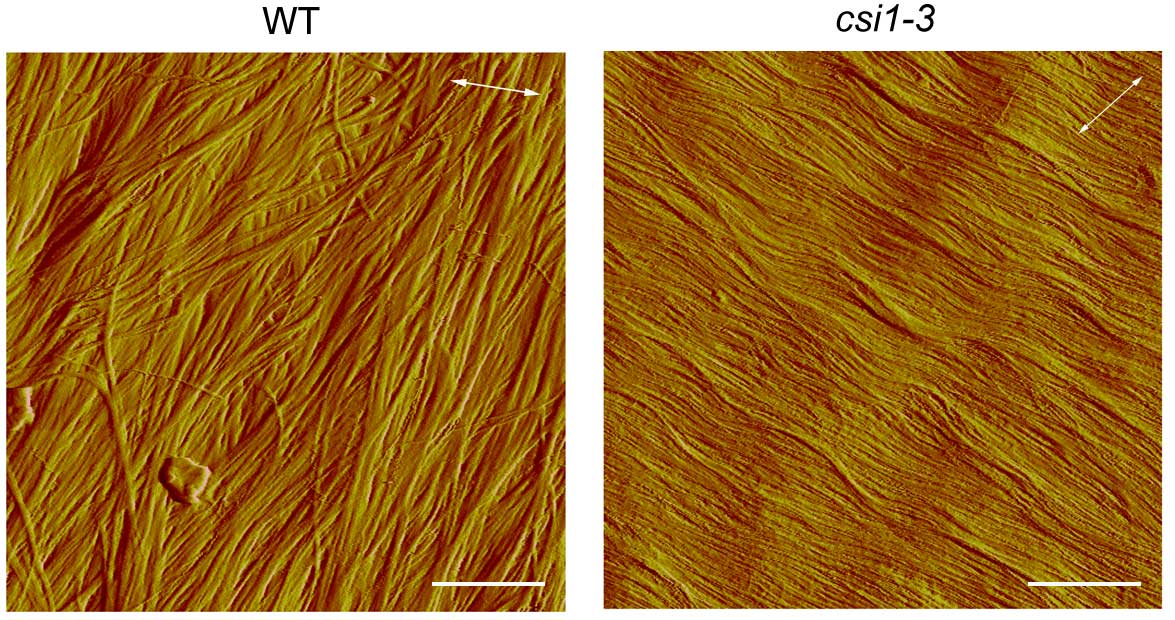 The protein CSI1 and the alternating angle of the many layers that make up a cell’s wall, creating a herringbone pattern (left), are critical for cell growth. The cell wall layers of a mutant plant without the protein CSI1 are all oriented in the same direction (right), and the mutant’s growth is restricted. Credit: Gu Lab, Penn State

“CSI1 acts as a linker protein, helping the cellulose synthase complex deposit microfibers,” said Gu. “We thought that without CSI1, microfibers in the mutant would be deposited in random orientations. Instead, we found that the microfibers in each layer were all deposited in the same direction, which was a huge surprise.”

The researchers then pharmacologically disrupted the herringbone pattern in a normal plant’s cell walls, which prevented cells from growing normally even in the presence of a growth hormone. These results suggest that crossed-polylamellate walls are integral to cell growth in plants.

“It’s possible that CSI1 helps initiate the change in angle between layers,” said Gu. “We plan to investigate this hypothesis in the future.”

Based on their study, the researchers believe that CSI1 and the crossed-polylamellate wall structure are critical to the elongation of cells and suggest that existing theories about cell growth—as well as the analogy of rings on a barrel—are incomplete. Improving understanding of how plant cells build cellulose and cell walls could eventually help scientists more easily break it apart for use in biofuels.

In addition to Gu, the research team also includes Xiaoran Xin, Lei Lei, Yunzhen Zheng, Tian Zhang, Daniel Cosgrove, and Shundai Li at Penn State and Sai Venkatesh Pingali and Hugh O’Neill at the Oak Ridge National Laboratory. The work was supported by the Center for Lignocellulose Structure and Formation at Penn State, an Energy Frontier Research Center funded by the Department of Energy.