Bryant honored with Kettering Award for excellence in photosynthesis research 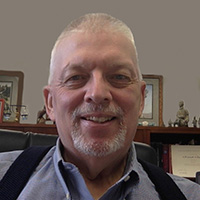 Donald A. Bryant, Ernest C. Pollard Professor of Biotechnology and professor of biochemistry and molecular biology at Penn State, has been awarded the Charles F. Kettering Award from the American Society of Plant Biologists. The award was established by an endowment from the Kettering Foundation in 1962 and recognizes meritorious work in photosynthesis.

Bryant was selected for his application of cutting-edge molecular methods to study chlorophototrophic bacteria, which use chlorophylls to capture and convert light into biochemical energy. Over the last five decades, he has made seminal contributions to understanding the structure, function, and assembly of protein complexes involved in bacterial photosynthesis as well as the pathways involved in synthesizing pigment in these bacteria.

“This is one of the most prestigious awards given expressly for photosynthesis research, and I am deeply honored to now be mentioned among the distinguished group of previous recipients of this award,” said Bryant.

In his research, Bryant applies biochemical, genetic, and systems biology approaches to study the gene regulation, physiology, and structure of chlorophototrophic bacteria. He is particularly interested in understanding photosynthesis in two groups of bacteria that differ in physiology and metabolism: cyanobacteria, which produce oxygen as a by-product of photosynthesis, and green sulfur bacteria, which can survive only in environments where oxygen is absent. Bryant has recently investigated the physiology of bacteria that synthesize chlorophyll f— a pigment that absorbs light in bacteria that perform photosynthesis. Chlorophyll f allows cyanobacteria that can produce it to grow in environments where light in the far-red range (700 to 800 nm) predominates—and importantly where other cyanobacteria are unable to grow. Bryant demonstrated that, in addition to using chlorophyll f, cyanobacteria extensively remodel their photosynthetic apparatus when exposed far-red light—a finding that could potentially be extended to crop plants.

Bryant joined the Penn State faculty in 1981 and was appointed the Ernest C. Pollard Professor of Biotechnology in 1992. He holds a research appointment at Montana State University and was a visiting professor in the Singapore Centre on Environmental Life Sciences Engineering at Nanyang Technological University from 2013 to 2018. Bryant completed a Department of Energy postdoctoral research fellowship at Cornell University in 1981 and a National Science Foundation / National Council for Scientific Research (CNRS) postdoctoral fellowship at the Pasteur Institute in Paris in 1979. He earned a doctoral degree in molecular biology at the University of California at Los Angeles in 1977 and a bachelor's degree in chemistry with honors at the Massachusetts Institute of Technology in 1972.