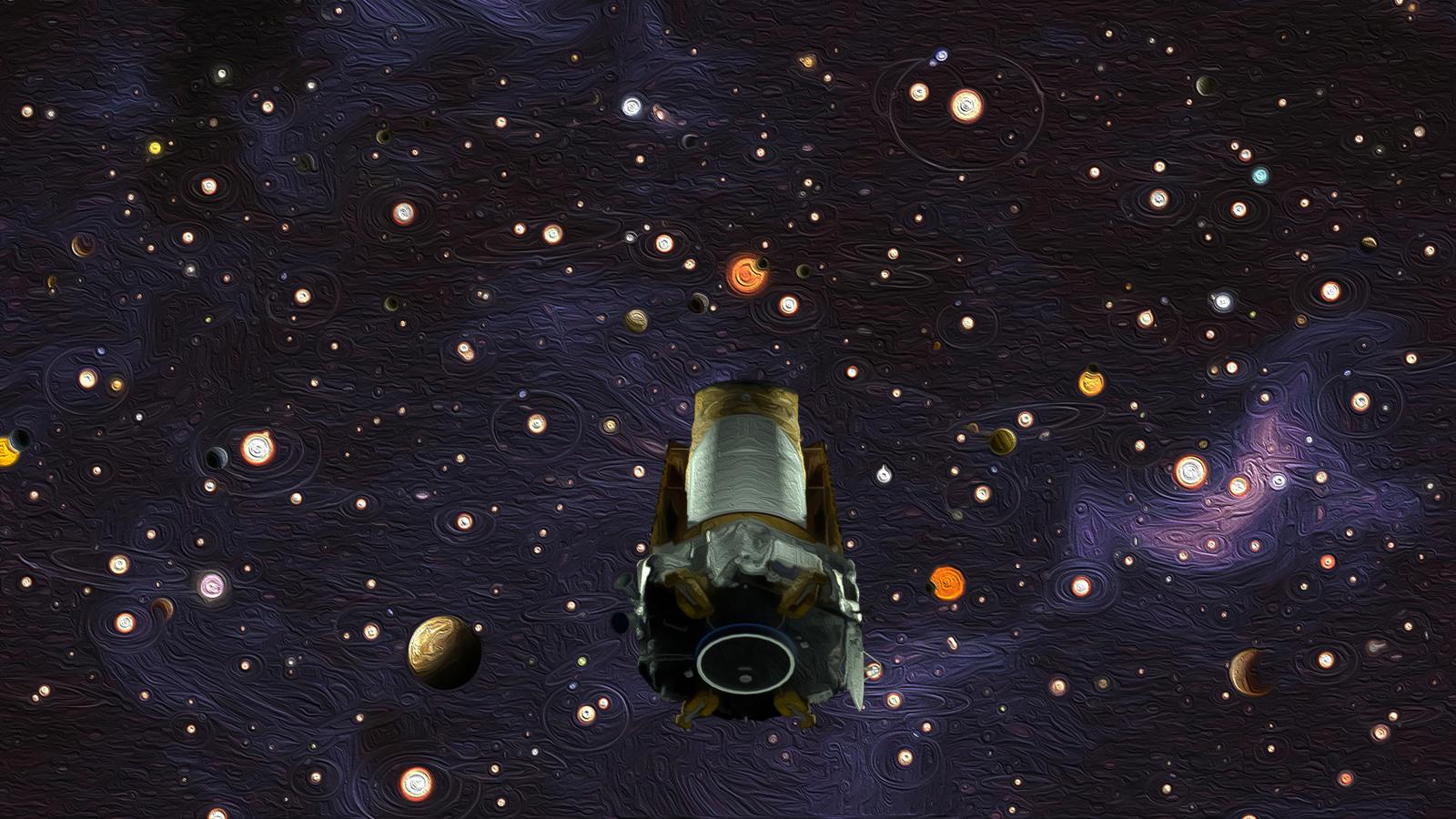 How many Earth-like planets are around sun-like stars?

A new study provides the most accurate estimate of the frequency that planets that are similar to Earth in size and in distance from their host star occur around stars similar to our Sun. Knowing the rate that these potentially habitable planets occur will be important for designing future astronomical missions to characterize nearby rocky planets around sun-like stars that could support life. A paper describing the model appears August 14, 2019 in The Astronomical Journal.

Thousands of planets have been discovered by NASA’s Kepler space telescope. Kepler, which was launched in 2009 and retired by NASA in 2018 when it exhausted its fuel supply, observed hundreds of thousands of stars and identified planets outside of our solar system—exoplanets—by documenting transit events. Transits events occur when a planet’s orbit passes between its star and the telescope, blocking some of the star’s light so that it appears to dim. By measuring the amount of dimming and the duration between transits and using information about the star’s properties astronomers characterize the size of the planet and the distance between the planet and its host star.

“Kepler discovered planets with a wide variety of sizes, compositions and orbits,” said Eric B. Ford, professor of astronomy and astrophysics at Penn State and one of the leaders of the research team. “We want to use those discoveries to improve our understanding of planet formation and to plan future missions to search for planets that might be habitable. However, simply counting exoplanets of a given size or orbital distance is misleading, since it’s much harder to find small planets far from their star than to find large planets close to their star.”

To overcome that hurdle, the researchers designed a new method to infer the occurrence rate of planets across a wide range of sizes and orbital distances. The new model simulates ‘universes’ of stars and planets and then ‘observes’ these simulated universes to determine how many of the planets would have been discovered by Kepler in each `universe.’

“We used the final catalog of planets identified by Kepler and improved star properties from the European Space Agency’s Gaia spacecraft to build our simulations,” said Danley Hsu, a graduate student at Penn State and the first author of the paper. “By comparing the results to the planets cataloged by Kepler, we characterized the rate of planets per star and how that depends on planet size and orbital distance. Our novel approach allowed the team to account for several effects that have not been included in previous studies.”

The results of this study are particularly relevant for planning future space missions to characterize potentially Earth-like planets. While the Kepler mission discovered thousands of small planets, most are so far away that it is difficult for astronomers to learn details about their composition and atmospheres. 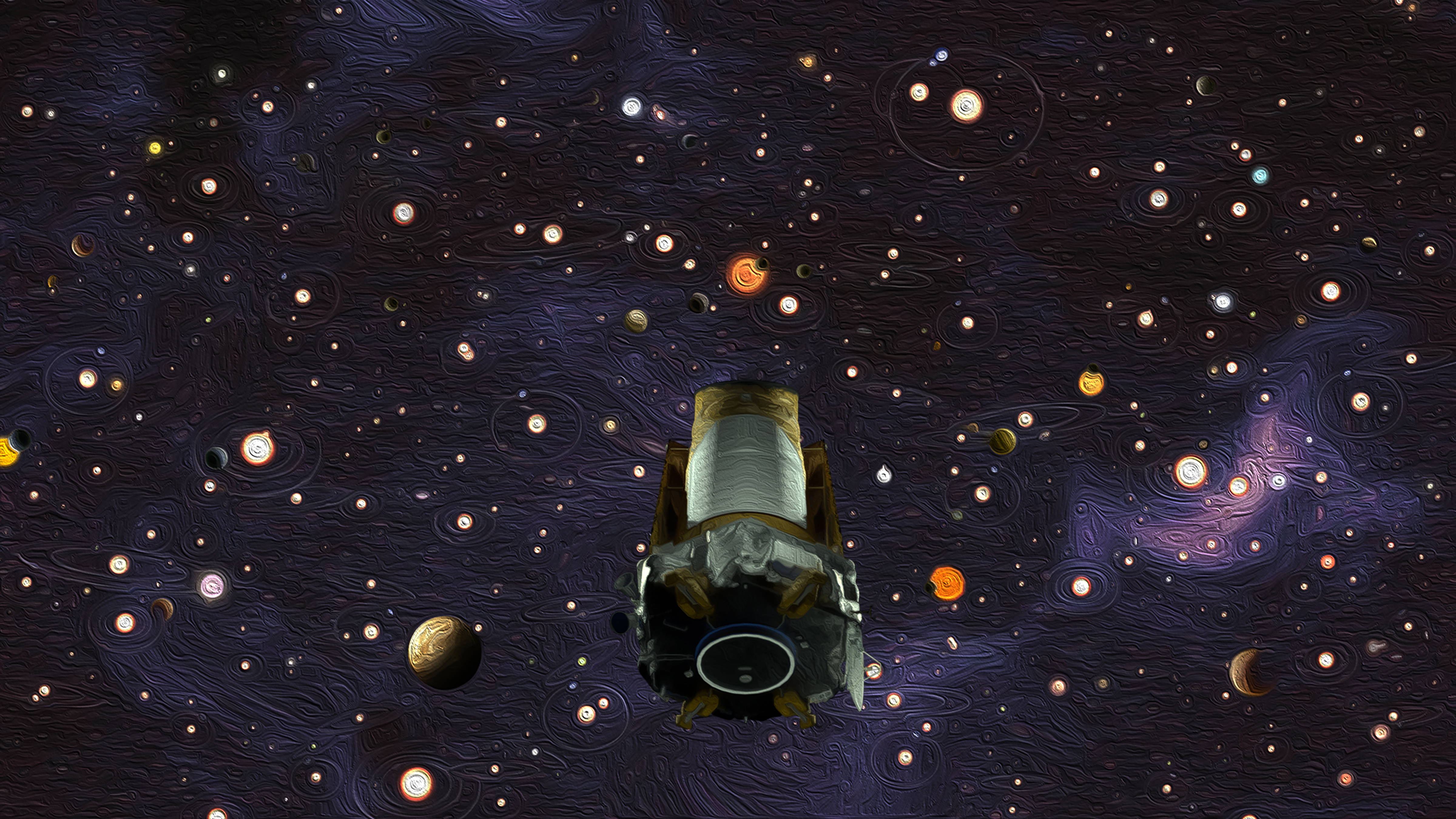 “Scientists are particularly interested in searching for biomarkers—molecules indicative of life—in the atmospheres of roughly Earth-size planets that orbit in the ‘habitable-zone’ of Sun-like stars,” said Ford. “The habitable zone is a range of orbital distances at which the planets could support liquid water on their surfaces. Searching for evidence of life on Earth-size planets in the habitable zone of sun-like stars will require a large new space mission.”

“While most of the stars that Kepler observed are typically thousands of light years away from the Sun, Kepler observed a large enough sample of stars that we can perform a rigorous statistical analysis to estimate of the rate of Earth-size planets in the habitable zone of nearby sun-like stars.” said Hsu.

Based on their simulations, the researchers estimate that planets very close to Earth in size, from three-quarters to one-and-a-half times the size of earth, with orbital periods ranging from 237 to 500 days, occur around approximately one in six stars. Importantly, their model quantifies the uncertainty in that estimate. They recommend that future planet-finding missions plan for a true rate that ranges from as low about one planet for every 33 stars to as high as nearly one planet for every two stars.

“Knowing how often we should expect to find planets of a given size and orbital period is extremely helpful for optimize surveys for exoplanets and the design of upcoming space missions to maximize their chance of success,” said Ford. “Penn State is a leader in bringing state-of-the-art statistical and computational methods to the analysis of astronomical observations to address these sorts of questions. Our Institute for CyberScience (ICS) and Center for Astrostatistics (CASt) provide infrastructure and support that makes these types of projects possible.”

The Center for Exoplanets and Habitable Worlds at Penn State includes faculty and students who are involved in the full spectrum of extrasolar planet research. A Penn State team built the Habitable Zone Planet Finder, an instrument to search for low-mass planets around cool stars, which recently began science operations at the Hobby-Eberly Telescope, of which Penn State is a founding partner. A second Penn State-built spectrograph is in being tested before it begins a complementary survey to discover and measure the masses of low-mass planets around sun-like stars. This study makes predictions for what such planet surveys will find and will help provide context for interpreting their results.

In addition to Ford and Hsu, the research team includes Darin Ragozzine and Keir Ashby at Brigham Young University. The research was supported by NASA; the U.S. National Science Foundation (NSF); and the Eberly College of Science, the Department of Astronomy and Astrophysics, the Center for Exoplanets and Habitable Worlds, and the Center for Astrostatistics at Penn State. Advanced computing resources and services were provided by the Penn State Institute for CyberScience, including the NSF funded CyberLAMP cluster.