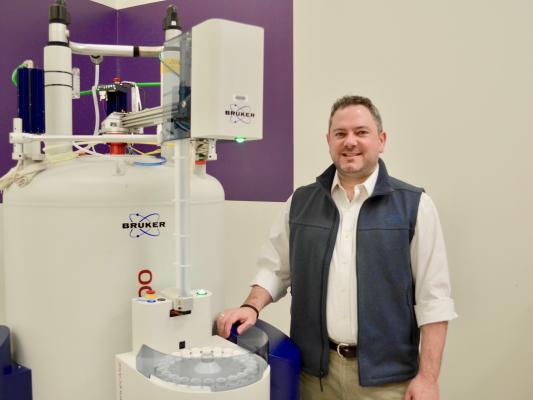 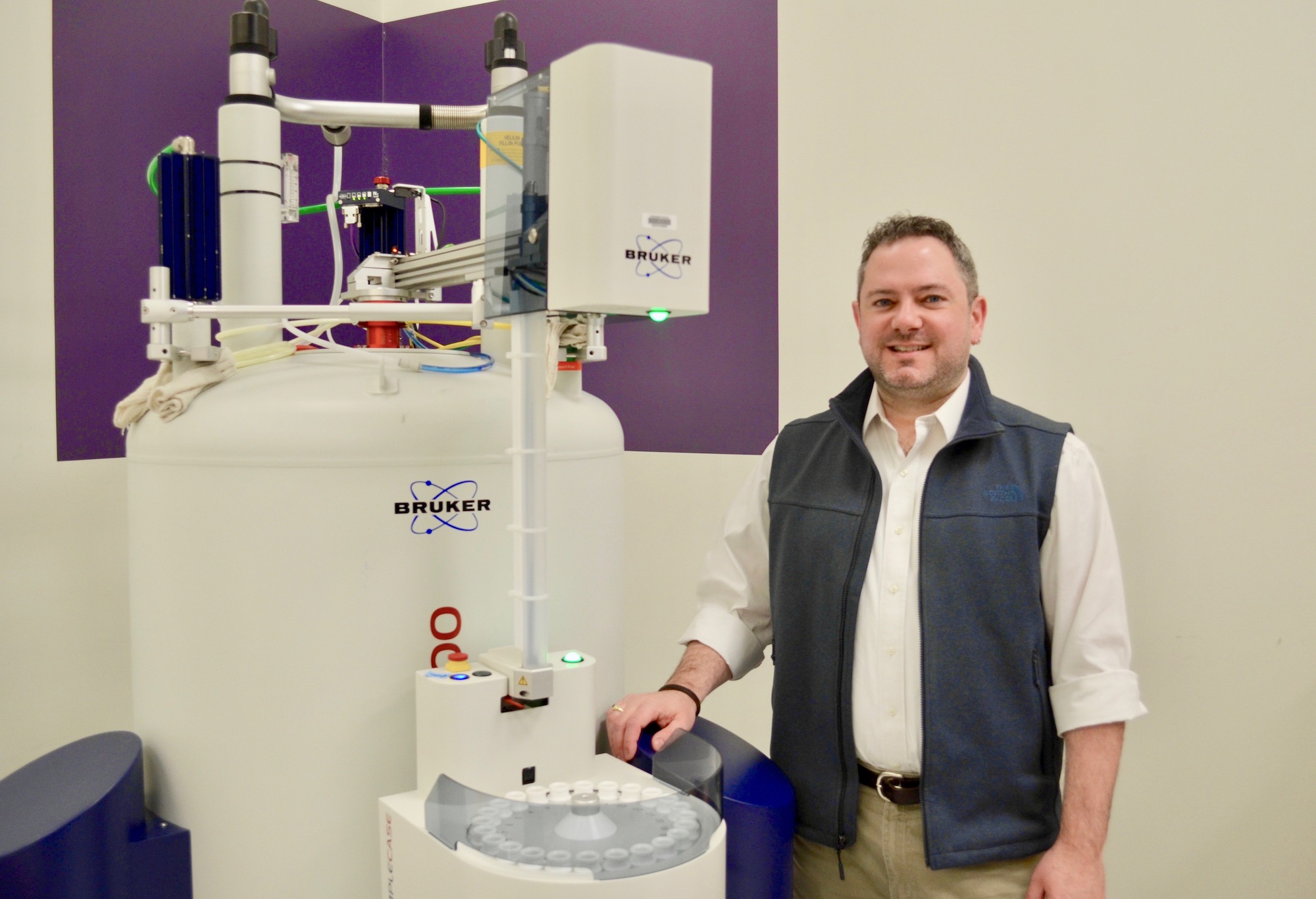 Biophysical chemistry is a discipline that merges an interest in the systems and processes from biochemistry with the principles and quantitative laws from physical chemistry. In the Showalter Laboratory, we make broad use of solution nuclear magnetic resonance (NMR) spectroscopy, in combination with thermodynamic analysis, chemical biology, and cellular assays to advance understanding of protein function. We place special emphasis on biophysical studies of macromolecular interactions involving partially disordered proteins. While we emphasize fundamental research, we are always mindful of our potential to advance molecular understanding of transcription and gene regulation, which we envision having sustained societal and biomedical impact. 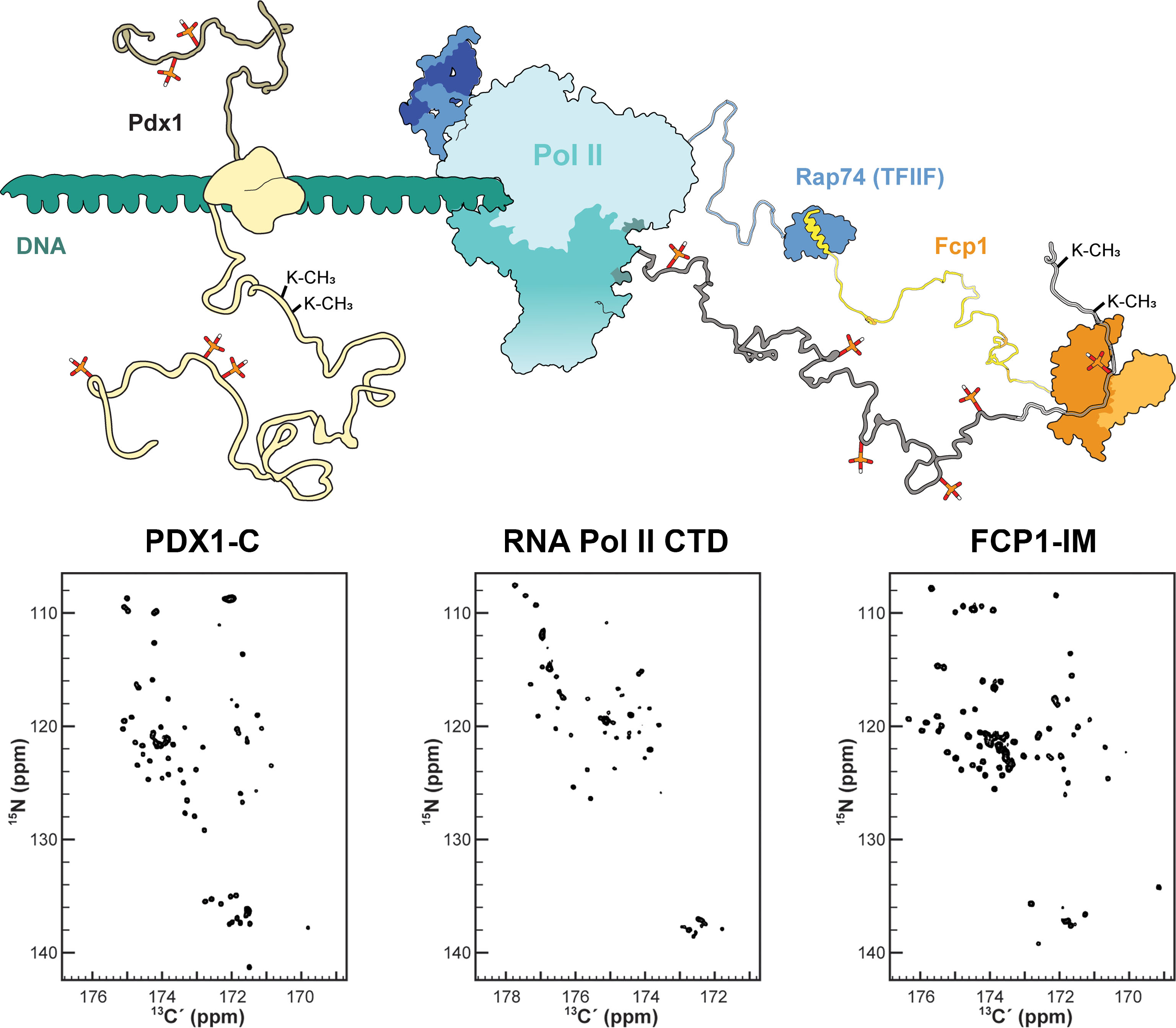 Generation of molecular mechanisms to explain how intrinsically disordered proteins (IDPs) carry out their specific functions, or are inhibited from doing so, has not kept pace with the discovery of their interactions and post-translational modifications. This growing knowledge gap impairs development of novel mechanistic hypotheses that would directly benefit a broad range of biological disciplines, including eukaryotic transcription. Despite advances in bioinformatics and the structural biology of multi-component complexes, there are still many unanswered questions regarding the mechanism by which transcription factors stimulate transcription. Until recently, structure-function relationships involving IDPs were under-studied, which has sustained many of the current knowledge gaps in this area because IDPs are disproportionately common in the proteins that constitute the transcriptional machinery, relative to the proteome as a whole. In order to overcome this bottleneck, we have developed a quantitative 13C direct-detect NMR strategy that empowers us to directly observe molecular change in IDPs induced by biological inputs. Our focus has been to address the unique properties of IDPs that facilitate dynamic protein-protein complex formation, and that enable function-altering responses to post-translational modification. Our innovative NMR strategy forms the core of a broad biophysical research program that currently spans three parallel projects, as depicted in the figure on this page.

A New Approach to Biomolecular NMR

The major technical barrier that remains for NMR applications in the disordered protein community is an urgent need for experimental advances that would facilitate structural studies of proteins chosen for their biological significance, rather than the good fortune of a favorable NMR spectrum. Specifically, IDPs typically generate poor 1H-amide chemical shift dispersion in their spectra. Even worse for proline-rich IDPs, internal proline residues do not possess an amide proton and are therefore unrepresented in traditional biomolecular NMR experiments. Our laboratory has worked to remove these technical barriers through the development and application of 13C direct-detect NMR experiments custom-designed to probe the structural biophysics of IDPs. Our approach relies on the 13C,15N-CON spectrum as an NMR detection platform, as demonstrated in the representative spectra shown on this page for the transcription factor Pdx1, the RNA Polymerase II C-terminal domain (CTD), and the CTD phosphatase Fcp1. Development of this approach has led to field-changing discoveries including demonstration of mechanistically-relevant structure transitions in IDP ensembles, with immediate impact in the gene regulation field. For additional information, please see the representative papers documented below.