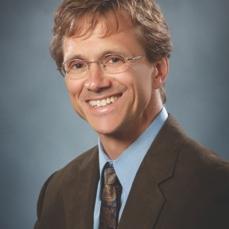 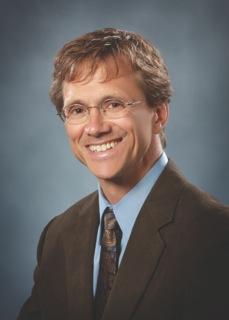 Mechanisms of Metalloenzymes and Metallocofactor Assembly

Our research concerns a fascinating group of proteins that contain complex clusters of metal ions and inorganic ligands at their active sites. These proteins play essential roles in such crucial biochemical processes as nitrogen fixation, photosynthesis, oxidative phosphorylation and ribonucleotide reduction. We aim to understand the relationship between the structures and catalytic mechanisms of enzymes that employ such clusters, and to elucidate the biochemical mechanisms by which the proteins acquire their clusters. Currently, the majority of our efforts are in two areas. In the first, we are defining structure-reactivity relationships among members of a large class of enzymes that use carboxylate-bridged dinuclear iron clusters (see Figure 1, top) to activate molecular oxygen for diverse oxidation reactions. Several of these reactions, which range from hydrocarbon hydroxylation (e.g. methane monooxygenase, MMO) to fatty acid desaturation (e.g. stearoyl acyl carrier protein delta-9 desaturase, delta-9-D) to generation of a stable tyrosyl radical (in subunit R2 of ribonucleotide reductase, R2-RNR), are considered to be difficult because no counterparts exist in the repertoire of the synthetic chemist, in spite of the significant effort that has been directed toward their development. Our interest stems primarily from the recent discovery that members of this class, while catalyzing quite distinct oxidation reactions, have very similar structures. For example, the di-iron clusters of R2-RNR and MMO (Figure 1, top) have an identical ligand set (with the exception of a single conservative Glu to Asp substitution), and the protein folds defining their cluster sites (Figure 1, botttom) are quite similar. Thus, the central question which drives our research on these proteins can be formulated: how do the various proteins "tune" a single catalytic motif for this remarkably diverse set of oxidation reactions? Our approach to answering this question is 1) to compare the reaction mechanisms that have been defined for members of the class, 2) to combine the mechanistic information with the available structural data in order to formulate detailed hypotheses as to the elements of each protein and di-iron cluster that distinguish its reaction mechanism and outcome, 3) to construct, on the basis of these hypotheses, mutant proteins designed to have altered mechanisms and outcomes, and 4) to define the altered mechanisms and outcomes of these engineered proteins in order to test the design hypotheses. To achieve the latter, we and our collaborators bring to bear a dazzling array of biophysical tools, including state-of-the-art rapid kinetic methods (stopped-flow, chemical quench, and freeze quench methods) and spectrosopic methods (EPR, ENDOR, EXAFS, resonance Raman, CD/MCD, x-ray crystallography). The "holy grail" of the project is to learn how to rationally alter one protein of the class to have a mechanism and outcome mimicking that of another member. Such an understanding of the molecular logic underlying "tuning" of di-iron cluster reactivity would aid significantly in current efforts to develop biomimetic oxidation catalysts based on this unit.

Figure 1: The carboxylate-bridged di-iron clusters (top) and protein folds defining the cluster sites (bottom) in the R2 subunit of ribonucleotide reductase (left) and the hydroxylase component of methane monooxygenase (right).

Our second project area, which is less mature but equally exciting, concerns the biochemical mechanisms by which a ubiquitous type of complex metal cluster, the iron sulfur (FeS) cluster, is assembled into proteins. FeS clusters are structurally diverse protein cofactors (Figure 2) that have been extensively studied for their roles in biological redox processes. It has recently become clear that assembly and disassembly of FeS clusters can be dynamic processes in some proteins, and that the cluster status can serve as a molecular switch to regulate transcription, translation, or enzyme stability. For example, the presence or absence of a 4Fe:4S cluster determines the activity state of iron regulatory protein, the post-transcriptional regulator of intracellular iron levels in mammals and of FNR, the transcription factor that senses oxygen levels and appropriately regulates genes of primary metabolism in the facultative anaerobe, E. coli. These exciting discoveries have rekindled interest in the biogenesis of FeS clusters. In vitro biochemical studies, aimed primarily at identifying the manner in which inorganic sulfide is mobilized for cluster synthesis, have led to proposals that no less than five different enzymes might participate in cluster synthesis by providing sulfide. Unfortunately, very little genetic or physiological data to support the participation of these enzymes has been reported. The lone exception to this lack of in vivo data is< provided by the work of Dennis Dean and co-workers, who have studied cluster assembly in the nitrogenase enzyme system. Nitrogenase comprises two component proteins, which both have FeS clusters at their catalytic centers. Assembly of these clusters requires several accessory proteins, of which the most notable is the nifS gene product, a pyridoxal phosphate-dependent cysteine desulfurase enzyme. Since the discovery of the NifS cysteine desulfurase, genes that appear to encode homologues of this protein have been discovered in the genomes of humans, yeast, archaeal species, and several bacteria that don't produce nitrogenase. In several of these species, multiple nifS-like genes are present. It has been proposed that cysteine desulfurases may be part of an evolutionarily-conserved apparatus for FeS cluster synthesis. We are leading a collaborative effort among researchers here at Penn State to elucidate the functions of cysteine desulfurases in diverse species of bacteria and archaea. With an interdisciplinary approach that combines molecular genetics, physiological studies, in vitro biochemistry, and biophysical approaches to study enzyme mechanism, we aim to determine whether these enzymes are generally required to provide sulfide for FeS cluster synthesis, to identify any additional assembly factors, and, ultimately, to elucidate the chemical mechanisms of cluster assembly.