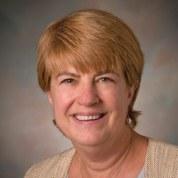 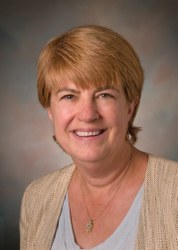 Cell imaging, tattoo removal, LASIK eye surgery, erosion of the moons of Saturn and mass spectrometry – is there a common denominator? Seemingly disparate, these processes all rely on a fast energy deposition event at the surface of a solid with subsequent removal of material. If a particle beam with kinetic energy several thousand times the strength of chemical bonds deposits the energy, a collision cascade (i.e., a sophisticated pool game) develops in the solid leading to the ejection of particles, a phenomenon affectionately called sputtering. Energetic particles cause erosion of the moons of Saturn, are the source of dopants in semiconductors, and serve as a tool for depth profiling concentrations of the dopants. Sputtering forms the basis of the mass spectrometric techniques of secondary ion mass spectrometry (SIMS) and fast atom bombardment mass spectrometry (FABMS) both of which are used for analytical applications including imaging of biological samples in the Winograd group here at Penn State. On the other hand, if the source of the energy is a laser, a collective process called ablation ensues, again leading to material removal. Applications of ablation include matrix assisted laser desorption ionization (MALDI) mass spectrometry, deposition of thin films and numerous medical procedures including corrective eye surgery and tattoo removal.

The focus of the Garrison research group is to understand the fundamental events involved in the fast energy deposition processes as well as the ramifications of the underlying physics on the applications. Modeling the sputtering process has been an on-going effort of her group for over two decades. Using classical molecular dynamics simulations with increasingly sophisticated many-body interaction potentials, they have provided to experimentalists the concepts of how atoms and molecules move in the solid and are finally ejected as well as making quantitative predictions about energy and angular distributions. An example of the ejection of a polystyrene tetramer from a silver substrate is shown in figure 1. Several of the Ag atoms are moving in a concerted fashion to push off the polystyrene tetramer with low internal energy such that it can reach a detector without fragmenting. Current efforts are aimed at determining how really large molecules eject and at defining the optimal experimental conditions to enhance large molecule ejection.

Modeling laser ablation is a new venture for the group with their first paper published in 1997. Under the conditions of UV MALDI, the simulations clearly show that a phase transition occurs due to the overheating of the material. As a consequence of the phase transition, individual molecules as well as clusters of molecules form the ablation plume. Shown in figure 2 is the ablation plume at a time when some of the liquid droplets have reached their equilibrium spherical shape, another droplet is about to form and there are still cavities in the substrate. The simulations predict the existence of an ablation threshold, clusters in the plume, entrainment of large analytes in the plume, a new velocity distribution equation, forward peaked angular distributions and pressure pulse characteristics in the solid. Experimental collaborators are investigating results of the simulation that have not already been confirmed by pre-existing data. Current efforts are aimed at understanding how the large fragile biomolecules being investigated in MALDI can survive and reach the detector, the physics of the underlying phase transition (explosive boiling) and developing a multiscale model to propagate the ablation plume to longer times.