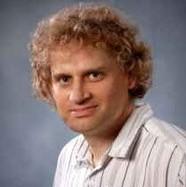 I began my career as a neuroscientist at the Whitney Marine Laboratory of the University of Florida as an NSF REU fellow during my Junior year in college, where I studied electrical coupling of cells in the retina. I went on to study ion channel evolution under Dr. Larry Salkoff at Washington University in St. Louis in graduate school. I wrote a paper on the subject in an undergraduate evolution class, and Larry gave me the opportunity to begin to address some of the open questions for my graduate thesis. I move on to do postdoctoral work on the diversity and function of large-conductance calcium-activated (BK) channels in Dr. Richard Aldrich’s lab at Stanford. I then spent 8 years working on ion channels as drug targets in industry, before returning to academics to explore the functional roles of newly discovered K+ channels in neuronal signaling. We are interested in how these channels control firing threshold and how they make neural circuits seizure resistant. At Penn State, I have also returned to my evolutionary roots to explore how neuronal signaling evolved at genomic, molecular and cellular levels. We use a new cnidarian model organism Nematostella vectensis for much of this work. I am particularly interested in using the lab's research mission to provide opportunities for undergraduate and graduate research training.

My main interest is to understand how neuronal excitability is controlled on a cellular and molecular level and how it evolved. Neuronal electrical signals are generated by ion channels and shaped by the structure of the neuron itself. We study the functional evolution of the major neuronal ion channel gene families in order to better understand how they pattern the activity of neurons and circuits. The lab focuses on ion channels that initiate sensory signals and control firing threshold. How did these channels evolve, and what can evolutionary conservation tell us about their function and regulation? We are also interested how the structural polarity of neurons evolved as it relates to directional signaling and ion channel distribution. We aim to gain fundamental insights into how polar neurons are built by identifying key features conserved through evolution.

Please visit our lab website for information about current projects.