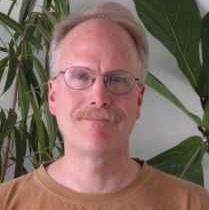 My laboratory is interested in the genomic processes that alter gene and chromosomal frequencies in natural populations of plants and animals.

Chromosomal inversions are often detected in humans when individuals present symptoms of genetic diseases. Individuals with two different inversions can have lower fertility because genetic exchange between inverted chromosomes can lead to the formation of sperm or eggs with less or more genetic information. Inversions, however, also can be present in populations at high frequencies with no apparent negative effects on viability or reproduction. My laboratory tests hypotheses about how inversions arise, spread, and are maintained in populations.

We are using next-generation technologies to assay genetic variation of the complete chromosome as well as transcriptional variation. The re-sequencing data will help us to identify inversion breakpoint sequences and improve the D. pseudoobscura genome assembly. The transcriptome data will help us improve the annotation of gene models in D. pseudoobscura. Molecular population genetic analyses of nucleotide polymorphism and gene expression data will test four classes of hypotheses about how a new inversion spreads through a population: (1) indirect effects due to reduced recombination leading to chromosomes free of deleterious mutations or enhancing the linkage of adaptive genes; (2) genetic drift that fixes underdominant arrangements; (3) direct effects of the chromosomal lesion such as alteration of gene structure or expression; or (4) genetic hitchhiking with an adaptive allele. These analyses will test two hypotheses about how inversions are maintained in populations: (1) by overdominance; or (2) as a protected polymorphism. Genes that show differential expression or protein variation may be manipulated in future experiments designed to understand the molecular genetic basis that underpins inversion evolution.