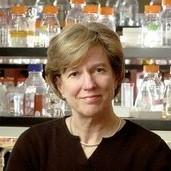 A major project in the laboratory is investigating the responses of plants to biotic (pathogens) and abiotic (ozone, temperature, chemicals) stresses using DNA microarray gene expression profiling and reverse genetics. We have identified more than 1,200 stress-modulated Arabidopsis genes, and we are studying their expression under various conditions. Among the genes induced by various stresses are signaling genes, transcription factors, and effector genes that include enzymes that alter the cells structure and properties in response to stress. The signaling molecules include MAP kinases and receptor-like kinases. We are suppressing and overexpressing potential regulatory genes to identify the genes under their control. We want to understand the structure of the stress-response gene networks and to explore molecular-genetic approaches to modifying the stress response (see Holter et al., 2000, 2001).

The hyl1 Arabidopsis mutant has a transposon insertion mutation in a gene that is involved in several hormonal signaling pathways, including those for abscisic acid, auxin, and cytokinin. The mutant is affected in many growth parameters, including graviperception. It is not as sensitive to exogenous auxins and cytokinins as the wildtype, but it is hypersensitive to abscisic acid. The HYL1 protein binds to double-stranded RNA and localizes to the nucleus. The mutant is described in Lu and Fedoroff (2000). We are investigating how this protein affects hormone signaling.

Transposable elements or transposons were discovered in corn (maize) plants by the famous geneticist Barbara McClintock through classical genetic analysis of unstable mutations (for a brief history, see http://www.ergito.com or Fedoroff 2001). Maize transposons were cloned in our laboratory almost 20 years ago and are now widely used for insertional mutagenesis. We have created a database of several hundred Arabidopsis transposon insertion lines using a transposon tagging system developed in the laboratory (Smith et al., 1996; Raina et al., 2001).

The maize Suppressor-mutator (Spm) transposon is epigenetically inactivated by methylation and encodes a protein, TnpA, which is capable of reversing the inactivation (Schläppi et al., 1994; Fedoroff et al., 1995). Using an inducible promoter to express TnpA, current experiments seek to understand how TnpA demethylates the Spm promoter. Some ideas about plant transposon evolution are explored in Fedoroff (2000).