Professor of Entomology and Biology 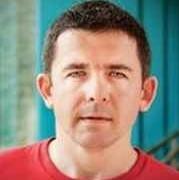 I am interested in the role of behavior in disease transmission. At one extreme we have parasites that have evolved strategies to control host behavior, and at the other there is the ability on the part of hosts to completely avoid infection through behavioral defense. To approach the former, I use ants and other insects that are manipulated by diverse parasites. Most of my recent work has been on fungi that control ant behavior. To approach the latter example (of behavioral defense), I have recently become very interested in human behavior and, in particular, the expression of altruistic care by certain individuals during epidemics. I am working on the thesis that belief systems shape the expression of this behavior.

I am very interested in biodiversity and life histories, and how extreme our lack of knowledge is in this regard. A lot of my work is in tropical rain forests on understudied taxa, which drives home our apparent ignorance. Such simple things as the behavior of infected individuals and vectors or the diversity of parasites in apparently well-known groups remain unknown. I also am interested in the concept of the extended phenotypes. Finally, I like architecture and how the cultural evolution of cities shapes the evolution of diseases.

In his seminal book published almost 30 years ago, Richard Dawkins established the theory of the extended phenotype (EP). Its central thesis is that genes can have effects far beyond the organisms in which they reside. Rather than genes acting only on the surface of the organism in which they reside (i.e. the classic phenotype) they could have an extended phenotypic effect beyond the organism itself. In advocacy of his alternative view, Dawkins marshaled us through examples of animal constructions to the manipulation of host behavior by parasites and finally to the logical conclusion of action at a distance, in which genes in one organism change the phenotype of another without any physical contact (a flower gene influencing a pollinator’s behavior and flight).

Parasites manipulating host behavior is the EP most widely studied and a number of different systems are progressing well toward an understanding of the mechanisms by which control is achieved, the ecological significance of manipulated hosts, and the adaptive interpretation of control. For me, a major future component will be understandng the paleobiology of EP through phylogentic reconstruction, fossil evidence, and time tree analysis of manipulation.

Biodiversity of Parasites in Ants

As much as half of life on earth are parasites. I am particularly interested in the biodiversity of those parasites inside ant nests. Ants have at least 111 arthropod families from 17 orders, which do not include micro-parasites such as fungi, protists, bacteria, or viruses. The approach is to take biodiversity survey work complemented by excellent collaborations with alpha-taxonomists to describe new species.

Colonies of social insects are interesting because they present two hosts for parasites: the individual that is infected and the colony to which that individual belongs. What this implies is that maximum virulence (host death) might paradoxically translate to zero (or near zero) virulence for the colony if loss the infected worker does not affect colony fitness due to the redundant nature of societies. Paradoxically because of indirect fitness benefits worker death might not have any effects on the fitness of the dead worker. The other interesting aspect is how disease transmits from colony to colony. We are exploring this using 3D mapping of disease spread in Brazilian tropical forests.

It is common for students of ants to think of human societies. I recently have become interested in one aspect of disease in human societies: epidemic crowd diseases that result from the development of cities over the last five millennia. What particularly intrigues me is why some people during epidemics deliberately expose themselves to contagion by helping others. I am working with a religious scholar (Philip Jenkins) and sociologist (Jenny Trinitopili) at Penn State to explore this.