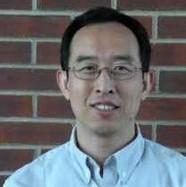 Three out of 100 babies in the United States are born with a birth defect, which causes huge medical, economical and social burdens for the patients, their families and the society. Our long-term goal is to understand the molecular details of normal development, how it is affected by mutations leading to birth defects and identify methods of intervention to prevent and correct these defects. Our current focus is on the roles of the Hedgehog (Hh) signaling pathways and the primary cilium in mammalian development and diseases.

The Regulation of Cilia Biogenesis in Mammals

The primary cilia are tiny hair-like structures on the surface of almost all the cells in the body of a mammal, and are essential for the development and physiological activities of many organs. Multiple human diseases, including Polycystic Kidney Diseases (PKD), Bardet-Biedl Syndrome (BBS), and Meckel-Gruber Syndrome (MKS) are associated with the dysfunction of cilia. Through conventional genetic approaches, we have identified C2cd3, Inturned (Intu) and Fuzzy (Fuz) as important regulators of cilia biogenesis in mammals (Hoover et al, 2008; Heydeck et al, 2009; Zeng et al, 2010a; Heydeck and Liu, 2011). Our subsequent molecular investigation revealed that C2cd3 regulates the synthesis of centrioles, which serve as anchors for the cilia to the cell membrane (Ye et al, 2014). We are currently investigating the mechanisms by which Intu and Fuz regulate cilia formation.

The Relationship Between the Cilia and Hh Signal Transduction

Our genetic studies firmly connected the primary cilia to the Hh signaling pathway, which regulates the developmental of multiple organs including the central nervous system and skeleton (Huangfu et al, 2003; Liu et al, 2005). Interestingly, the transcription factors Gli1, Gli2 and Gli3, along with their interacting partner, Sufu, are localized to the cilia (Zeng et al, 2010b). We find that a major role of the cilia is to relieve the inhibitory function of Sufu on Gli proteins (Jia et al, 2009). To probe the importance of the ciliary localization of these proteins, we replaced Gli2 with a variant incapable of entering the cilia, and showed that this variant could not support Hh signaling, suggesting the ciliary localization is critical for the activation of Gli2 (Liu et al, 2015).

The Levels of Gli Proteins and Their Impact on Development

The levels of the mammalian Gli proteins are regulated by multiple protein degradation and protection mechanisms. One interesting phenomenon we observed in Sufu mutants was the great decrease in Gli proteins (Jia et al, 2009). We showed that such a loss of Gli proteins led to reduced Hh pathway activation in the absence of Sufu, suggesting that the level of Gli proteins are important (Liu et al, 2012). To further investigate the importance of Gli protein level control in development, we characterized mouse mutants of Spop, a ubiquitin-ligase targeting Gli proteins for degradation (Cai and Liu, 2016). We found that loss of Spop led to specific defects in bone and cartilage development and reduced bone density similar to that seen in osteoporosis patients.